14 UK Etchells took to the Solent this weekend to compete in the Sadia Cup run by the Royal Thames Yacht Club with Phil Hagen as the Race Officer. The fleet were presented with champagne conditions with glorious sunshine, great South Westerly breeze and finally a summer warmth that continued through the weekend. 3 races were planned for both the Saturday and Sunday and were executed brilliantly by the race team.

Saturday saw breeze on with gusts up to 20-22 knots and a consistent breeze of 16-18 knots in the morning from the SW. With the direction of the breeze and the tidal influence, Saturday saw some challenging chop. It was tight racing with most of the fleet within close quarters throughout the entire day with tactical decisions being made with boat-on-boat scenarios. The first race and most of the windward legs on Saturday saw a large split in the fleet going either to the right or the left playing on the shifty conditions. Race 1 saw Highlife leading followed by Mila and Audrey (Corinthian). Following into Race 2, there was some serious action seen from Audrey who snapped their mast unfortunately due to an issue in the backstay system whilst they were towards the front of the fleet. With the rest of the fleet who passed them on the downhill leg making sure that everyone onboard was safe, racing continued. The leaders from Race 2 were Mila, Exabyte, and No Dramas (Corinthian). Race 3 saw the leaders as Mila, Swedish Blue (Corinthian) and Gelert. With Mila receiving a 2, 1, 1 on the first day, they were the overnight leaders.

Sunday saw a forecast of less wind compared to Saturday but from a similar direction from the SW. The sail out to the racecourse was as the forecast predicted to be 7-10 knots of breeze which eventually increase to 10-12 knots for Race 4. The sea state was much calmer at the beginning of the day, however, a sea breeze filled in on the Solent close to midday producing 6-18 knots with choppy conditioning for Race 5 and Race 6.

The final standings were:

The final Corinthian standings were:

2nd No Dramas sailed by Andrew Lawson on 22 points 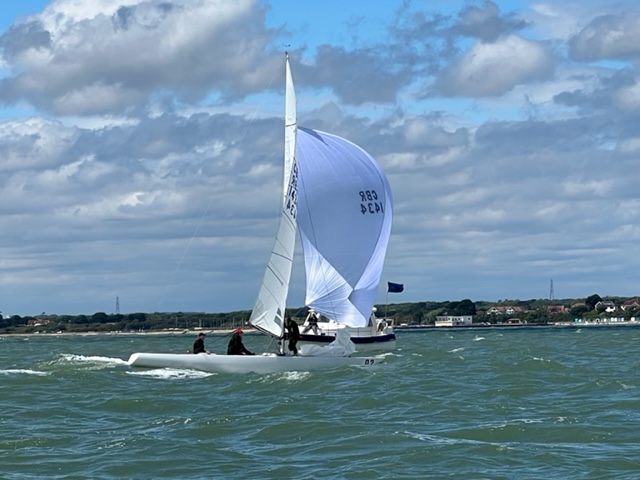 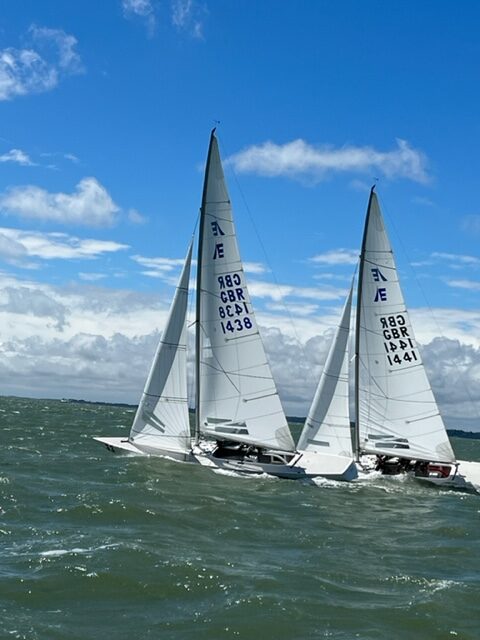