23 boats have entered the U.K. National Championship which is the final Etchells Championship of the U.K. sailing year. The Etchells have seen new interest in the fleet buoyed with World Championship scheduled for Cowes in September 2022, organised by the Royal Yacht Squadron with Peter Saxton as PRO.
Whilst two major contenders Stuart Childerley and Lawrie Smith are missing due to prior commitments, front runners capable to win this British championship include past winners, Ante Razmilovic on Swedish Blue sailing with his normal bow Brian Hammersley and the third spot filled by Australian America’s cup star, Noel Drennan. Another previous winner is James Howell sailing Gelert with North Sail’s Ruaridh Scott and Jamie Lea while relative newcomer to the fleet and one to watch is J70 World Champion, Paul Ward On Eat, Sleep, E, Repeat with Charlie Cumbley and Paul Childs.
The World Sailing’s Category One division of the fleet Andrew Lawson’s No Dramas will be hard pressed by Sumo sailed by Anthony Parke and his youth crew who have just got faster throughout the year, unhampered by their vintage loaner boat. The Etchells also have new to the fleet, Grant Gordon, racing 1490 while awaiting delivery of his new boat currently being built. His crew includes Olympic Silver medalist Luke Patience, also in his first race is local Marine Pilot Jason Losty sailings SPICA, and back for his second event is the new owner Angus Galloway on TBD.
All the fleet will be honing their skills in the build up to next year’s World Championship, and with new owners also threatening to join for 2022, this technically challenging keel boat class keeps attracting some of the best competitors in our sport, plus after racing de-brief will be led by America’s Cup Coach, Andrew Palfrey (“Dog”) and with the tracker results on display, should be interesting and lively sessions.
The weekend’s results will be available on Yacht Scoring and tracking will be available post racing on TackTracker.com
Credits
Text by Rob Goddard
Image by Rick Thomlinson 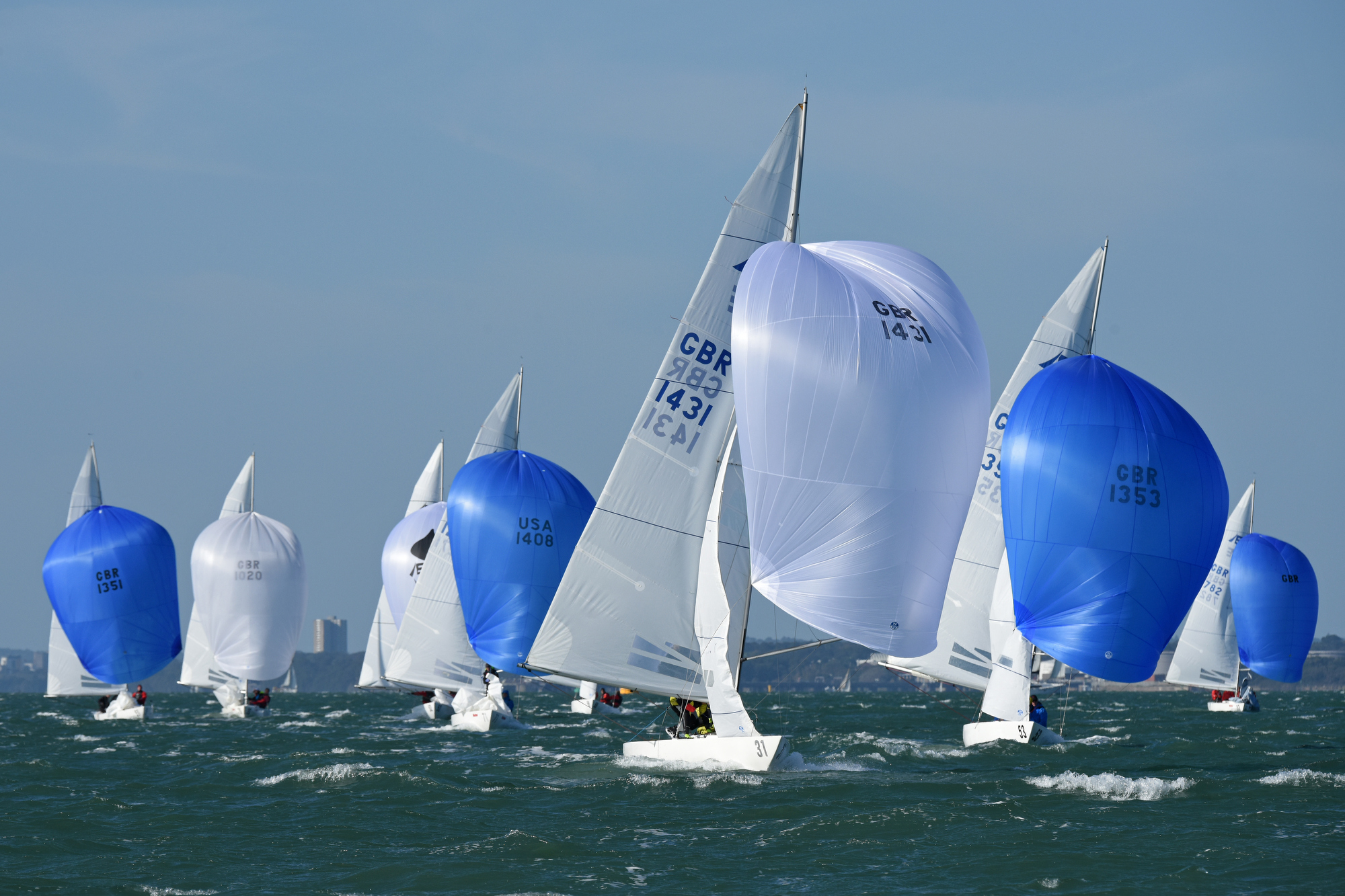