23 boats came to the start line for the Etchells British Championships on the weekend of September 17 / 18 and 19. Hosted by the Royal Yacht Squadron this was a highly competitive fleet, with three or four potential winners of next year’s World Championship in Cowes. Who knows if next year‘s World Championship in Cowes, to be sailed over the same dates, will be as sunny, but in 2021 the Solent delivered warm sunshine and three great days of racing. The first two in a south-easterly breeze at 7 to 13 knots, the last in a more variable northerly with some big holes in the breeze, particularly to the left of the course.

Although the fleet was never tested with more than 13 knots of breeze, we had eight very good races. The winning team of Ante Razmilovic / Brian Hammersley and Noel Drennan thoroughly deserved its victory, finishing each race bar one in the top 5. Razmilovic has always been at the top of the fleet in stronger breezes, but here he put together a series winning score line that was sealed on the last day when the wind was at its lightest.

“The Etchells fleet in the UK is now as strong as it’s ever been in terms of competition, with the racing very close both in individual races, with many boats being able to win a race, and also in the overall standings. The regatta was only decided on the last run of the last race! We look forward to more high-quality racing leading into the 2022 Worlds in Cowes next September.” Ante Razmilovic, British Champion 2021

“One of the best weekends racing in the Solent this year. Close competition for all of the UK fleet and some great sailing. It’s getting interesting as we head towards the Etchells Worlds Championship next year!” Paul Ward

Whilst Paul is new to the Class, his crew (Charlie Cumbley and Andrew Mills) know the Etchells well and confirmed that they have a little more work to do on their boat speed in stronger winds, but tactically they kept themselves at the front of the fleet to end the weekend as runners up.

James Howells (Ruairidh Scott and Jamie Lea) led proceedings earlier in the weekend. They seemed to have a slight speed edge in the stronger wind on both of the first two days, putting together a 1 / 2 / 1 /2 sequence which looked very dominating, but they were undone on the last day with an 8 / 19.

Howells finished third ahead of the new team of Grant Gordon who were on David Heritage’s charter boat whilst they wait for their own to come out of the mould ready for 2022.

“ An incredible standard of competition and race management yet again. There’s now a large number of boats that can not only win races but are consistently challenging for event victories. The U.K. Etchells fleet has never been in better shape.” James Howells

The Etchells is in a unique position with lots of youth teams competing (mainly thanks to the generosity of David Franks and the Royal London Youth Academy) as well as lots of mixed teams. Grant Gordon’s team kept the youth element going, fielding Elliott Hansen, Team GBR’s representative in the Laser class in Tokyo six weeks ago, and doubled up on the Olympic connection by having Luke Patience, 470 Olympic silver medalist, calling the shots, along with another youth, Arran Holman.

With the 285 kg weight limit (the same as the Dragon class) the class is ideally suited to mixed gender teams. 6 of the 23 had women sailors on board, 2 of whom were on race winning boats, from the 7 different race winners over the weekend.

Only James Howells was able to win 2 races.

The fleet had a daily debrief from America’s Cup coach Andrew Palfrey, who made the point that the team which gets their boat to full power soonest, through good sail trim and rig tune, probably has an advantage, and as they were also hiking the hardest it suggested that the James Howells team on Gelert achieved that goal. Maybe that was a clue to their speed advantage.

The class enjoyed three great days of friendly but hugely competitive racing. There were no protests, although a number of boats acknowledged rule infringements and did penalty turns. The Royal Yacht Squadron utilised the race configuration with a second windward mark placed approximately three boat lengths short of the real windward mark to minimise boats on the port tack lay line piling in at the top mark. Used in plenty of other events before, it certainly did seem to make the windward marks a lot less stressful for competitors.

Along with the daily fleet-beers on the dock after racing each day, the Etchells now delivers not only some of the most competitive racing on the Solent, but also some of the friendliest. Whilst not an easy boat to race at the top of the world championship, with either a three or four person crew, it’s highly competitive racing at a cost-effective price, for an easy to manage crew list.

Competitors gathered at the Royal Yacht Squadron for the prize-giving as the fleet looks forward to what should be an exciting and enjoyable 2022 season. 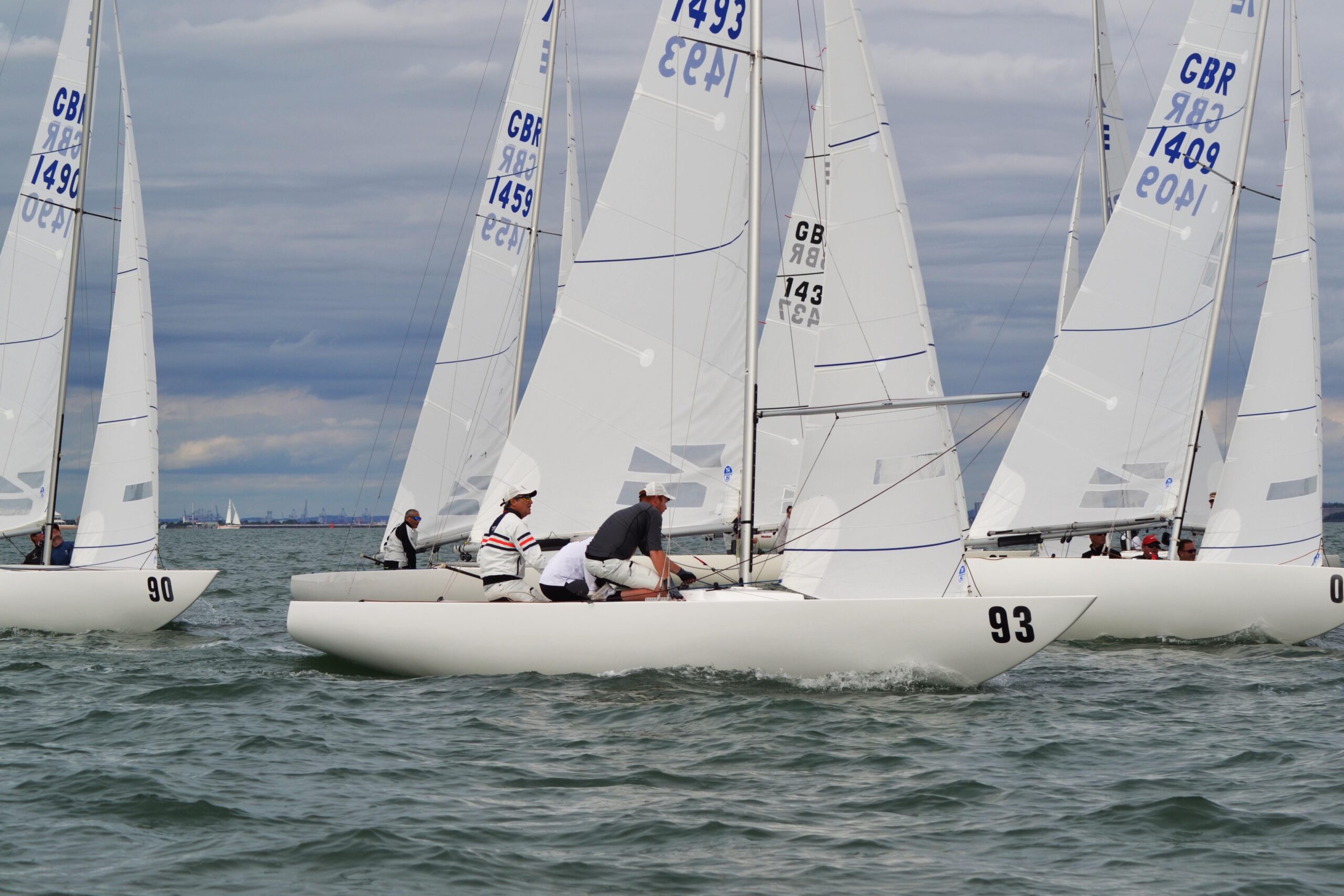 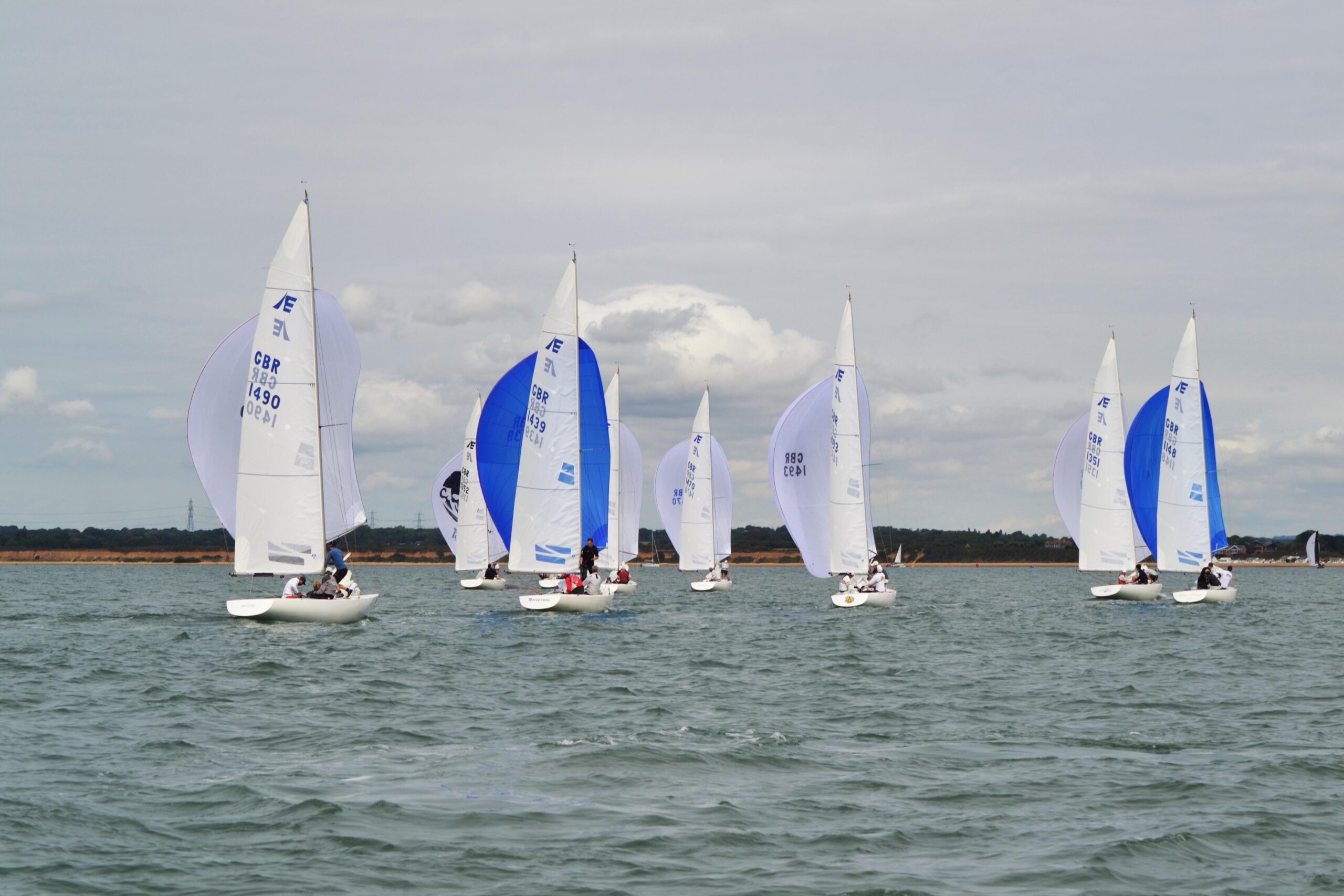 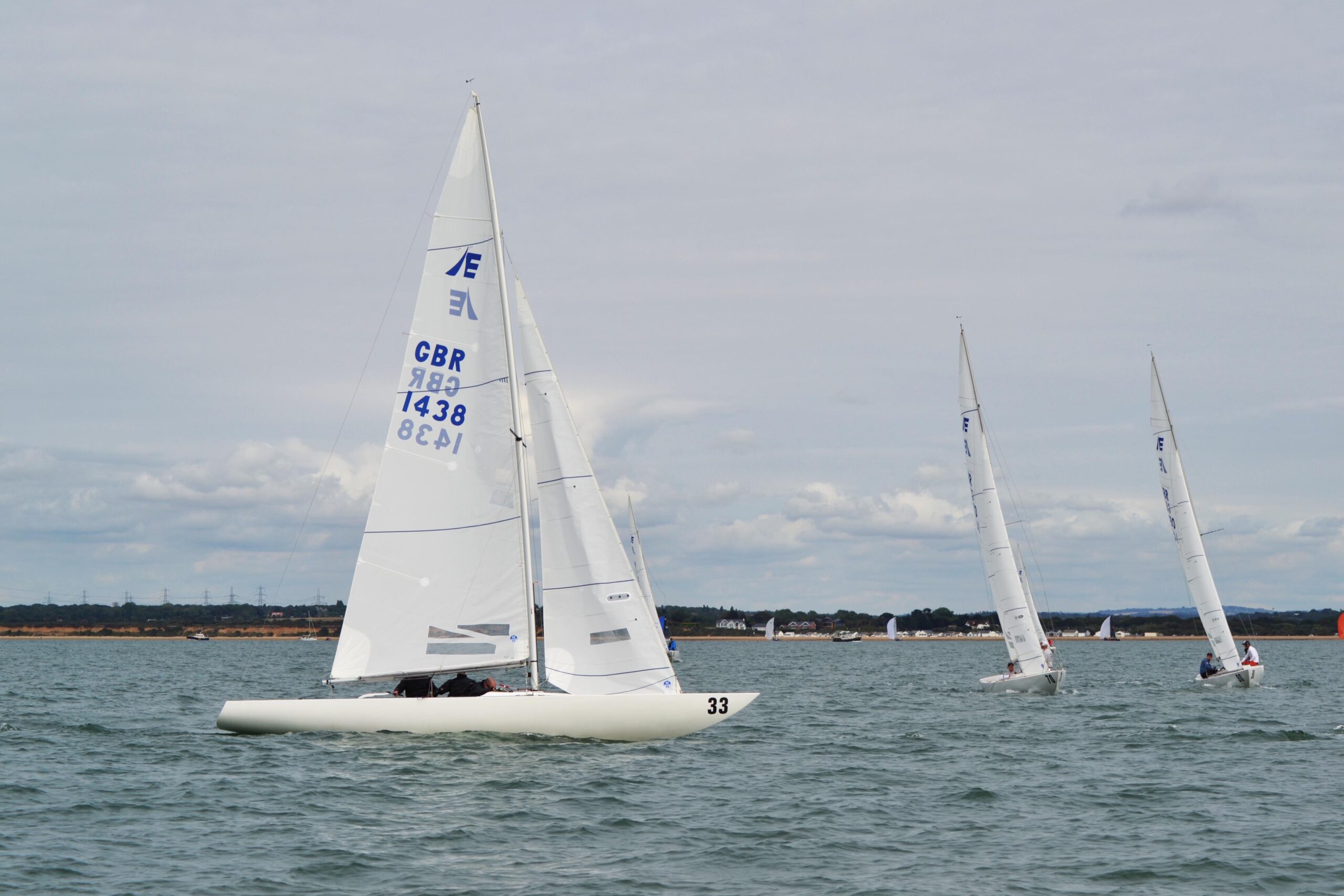 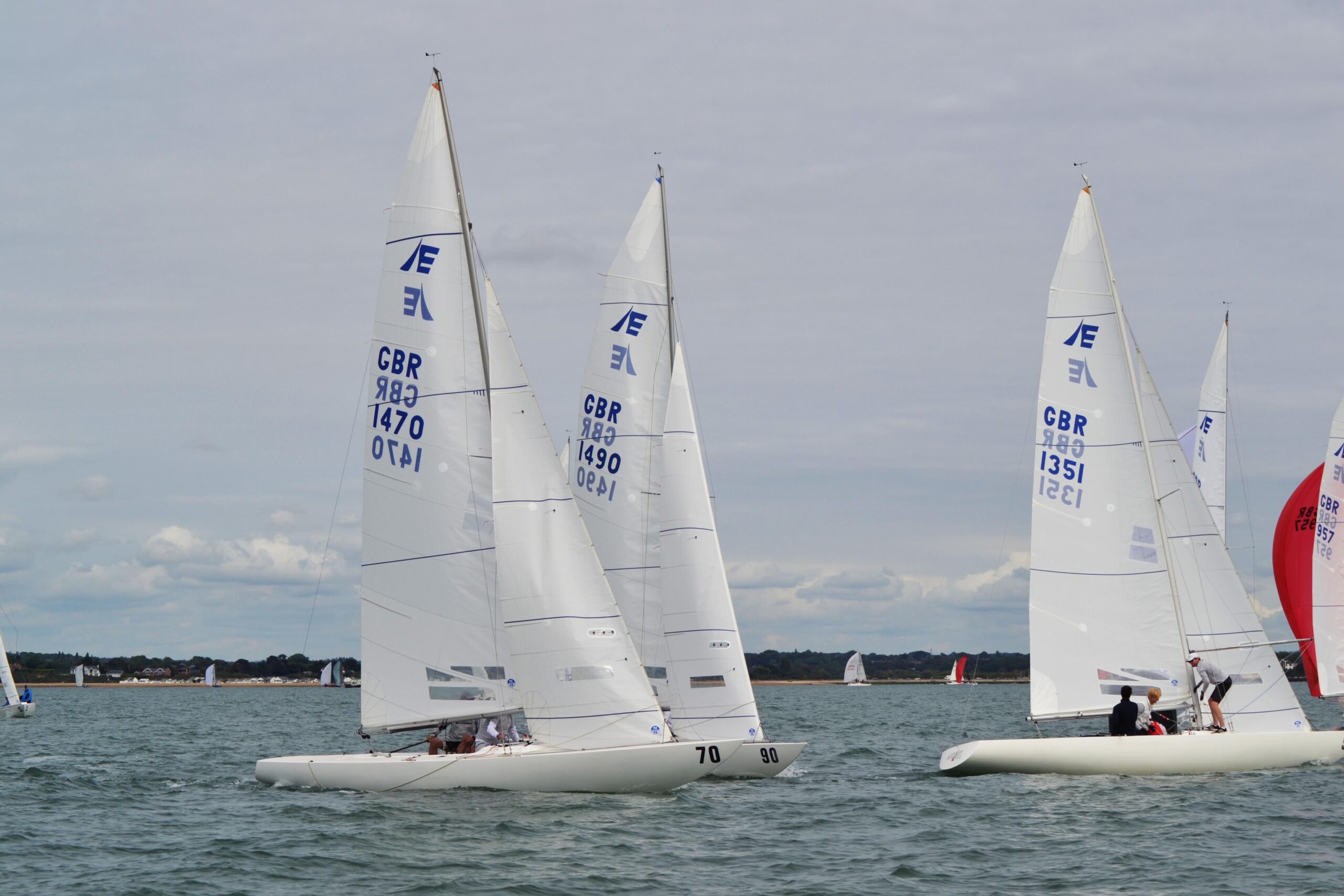 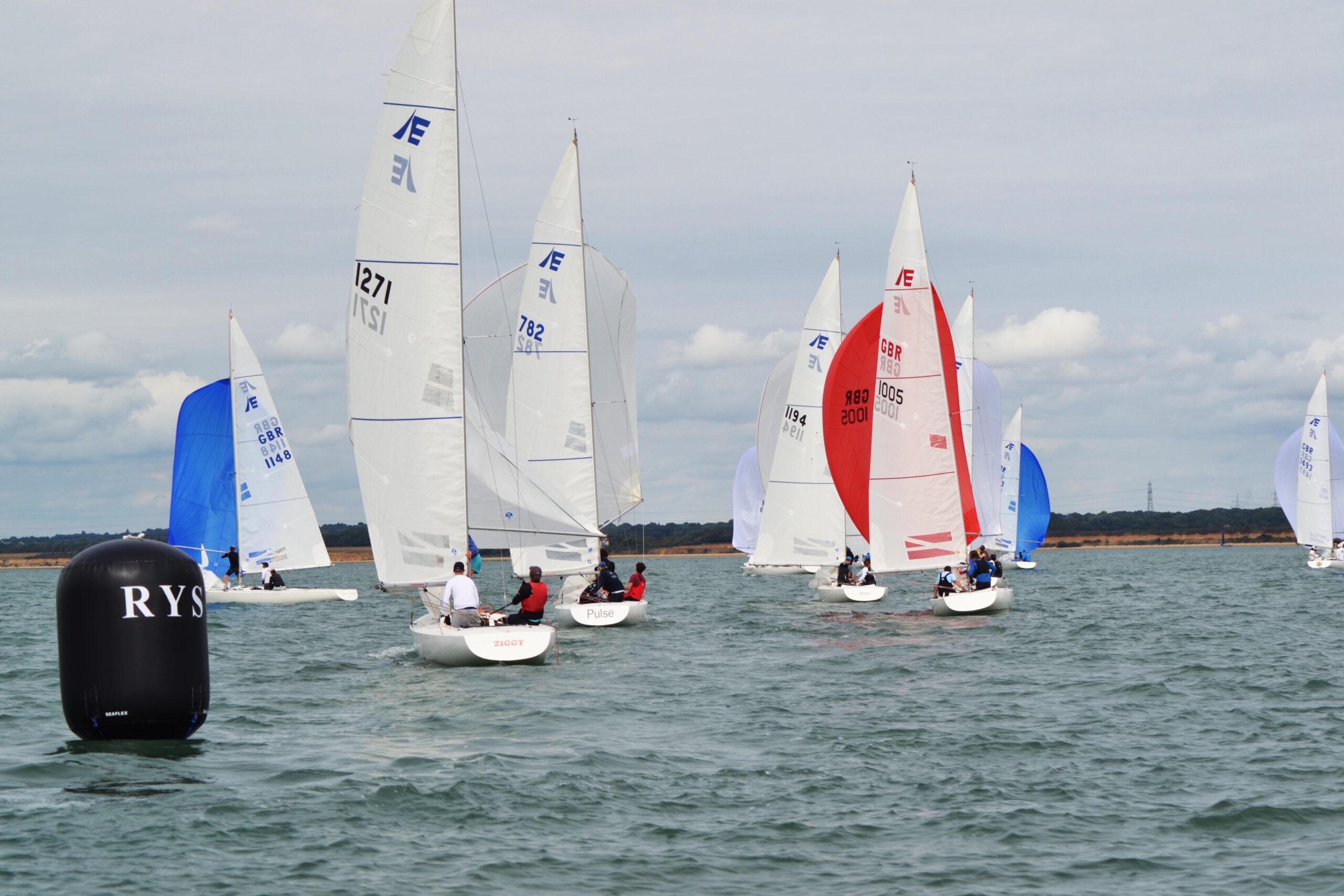 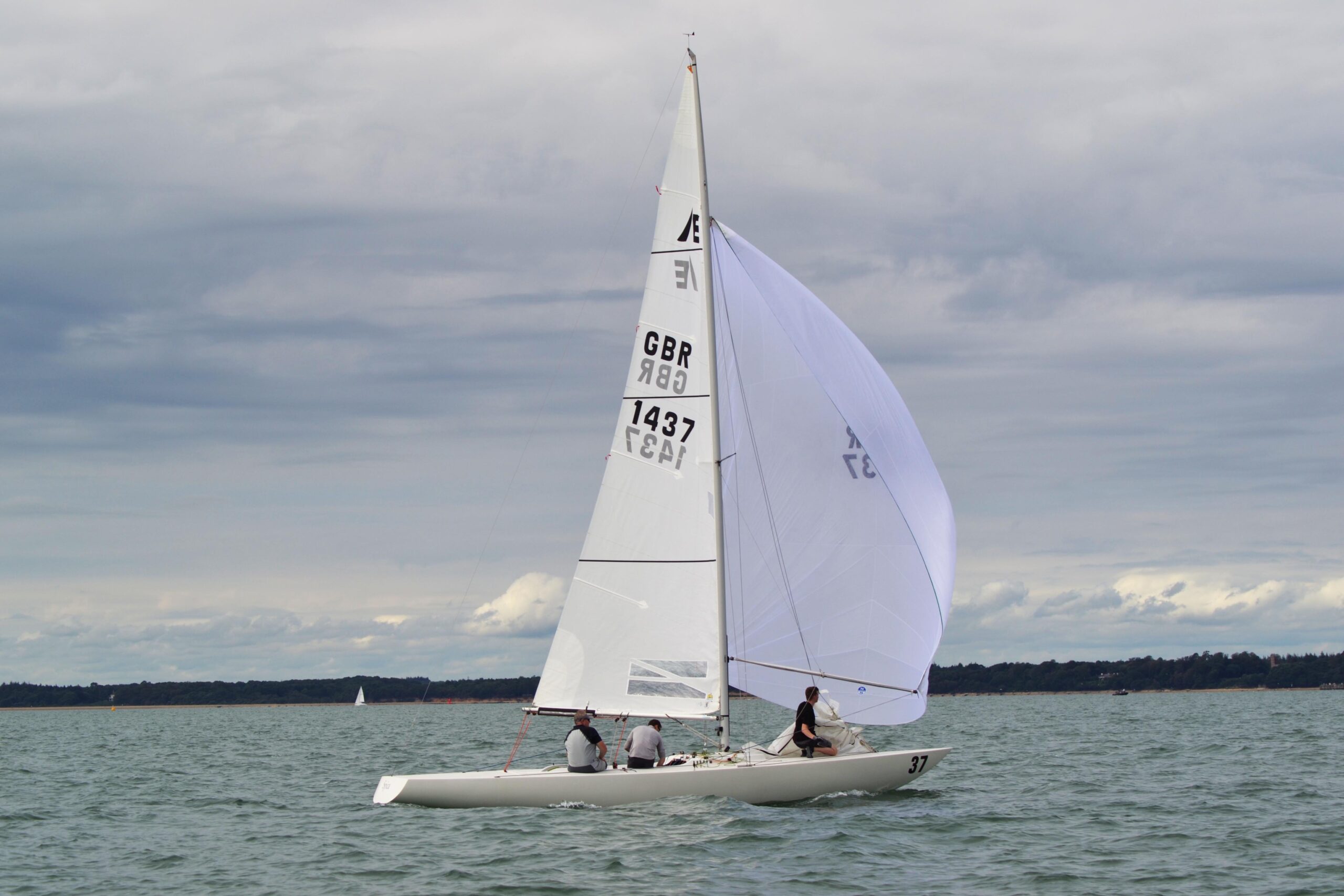 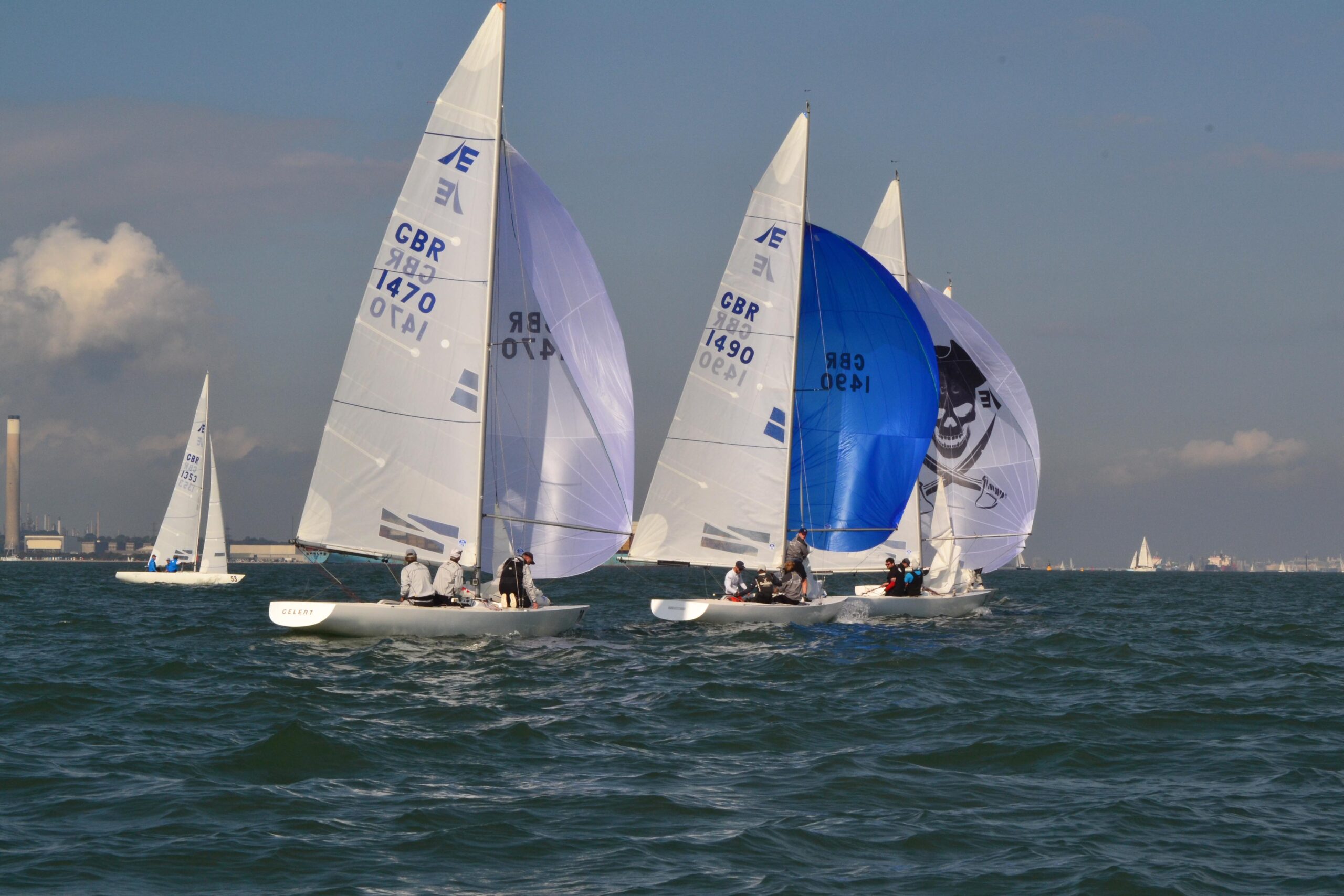 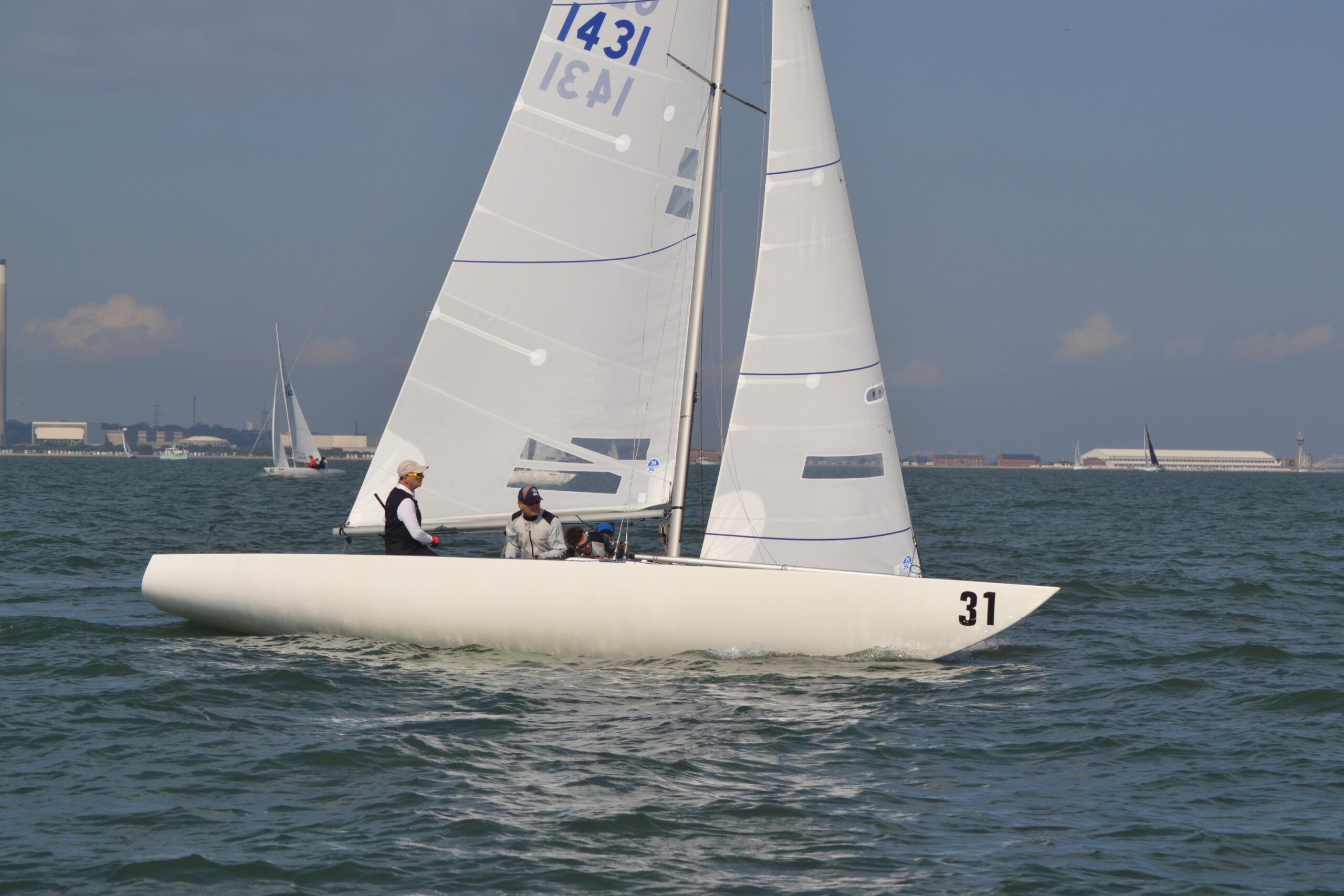 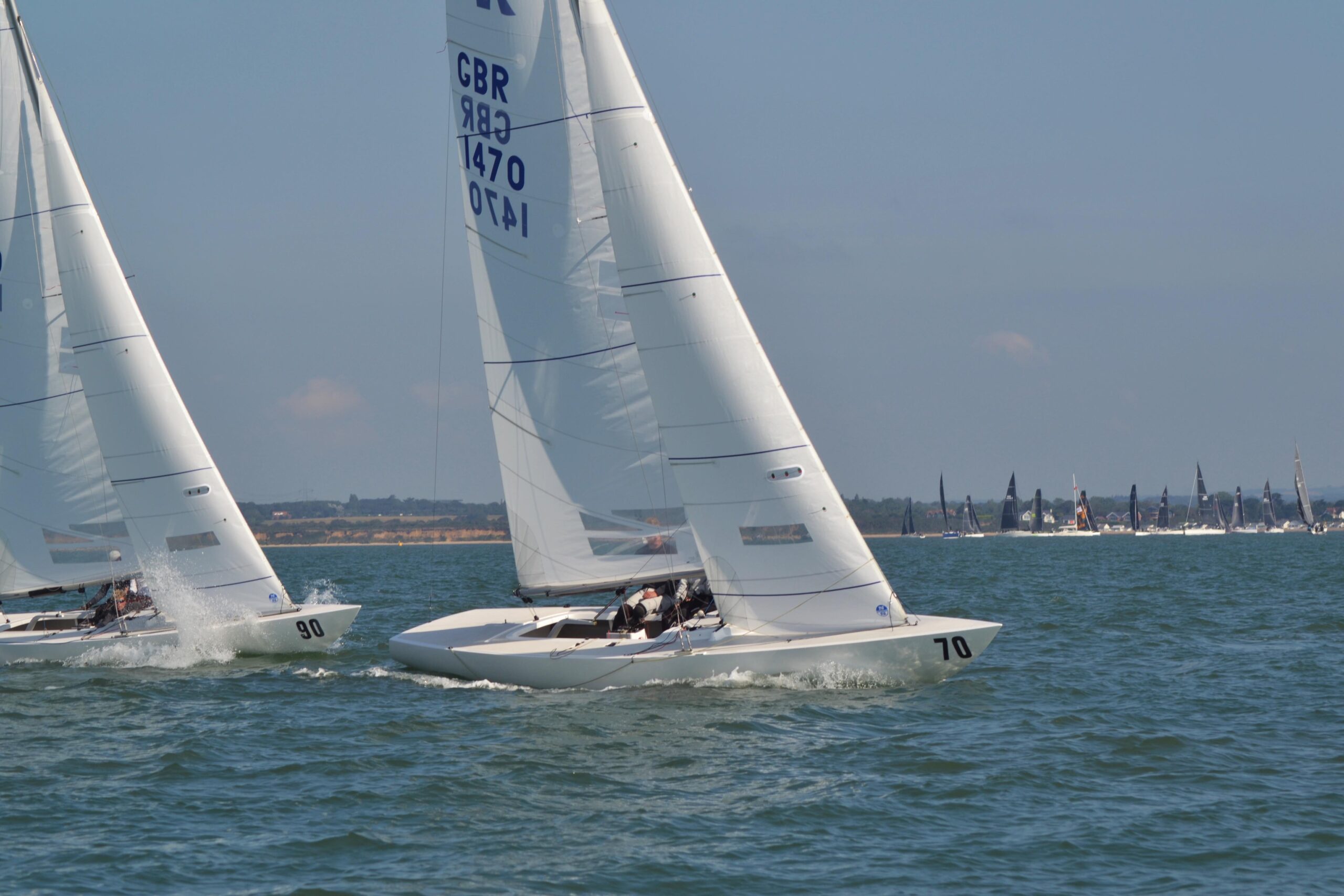 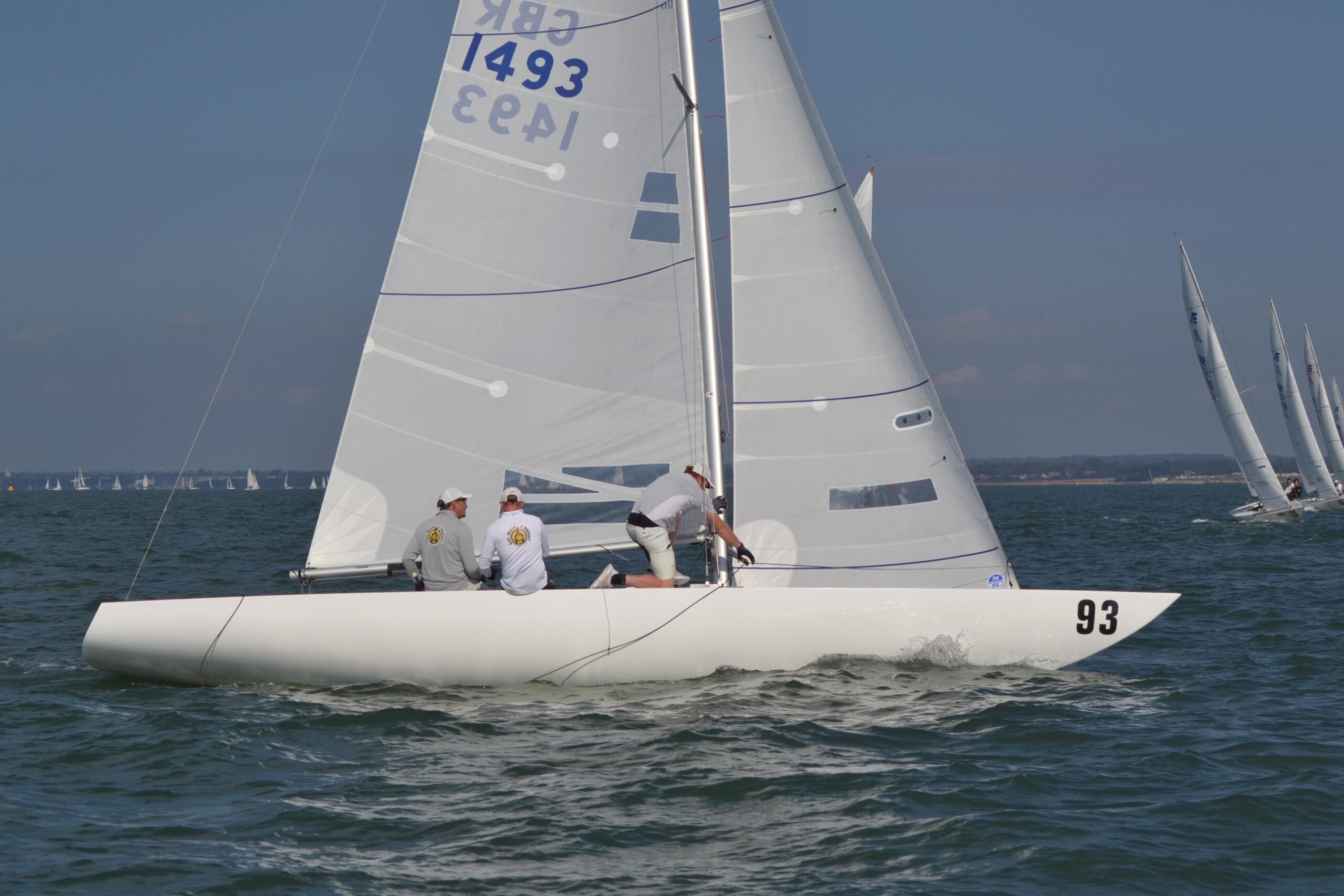 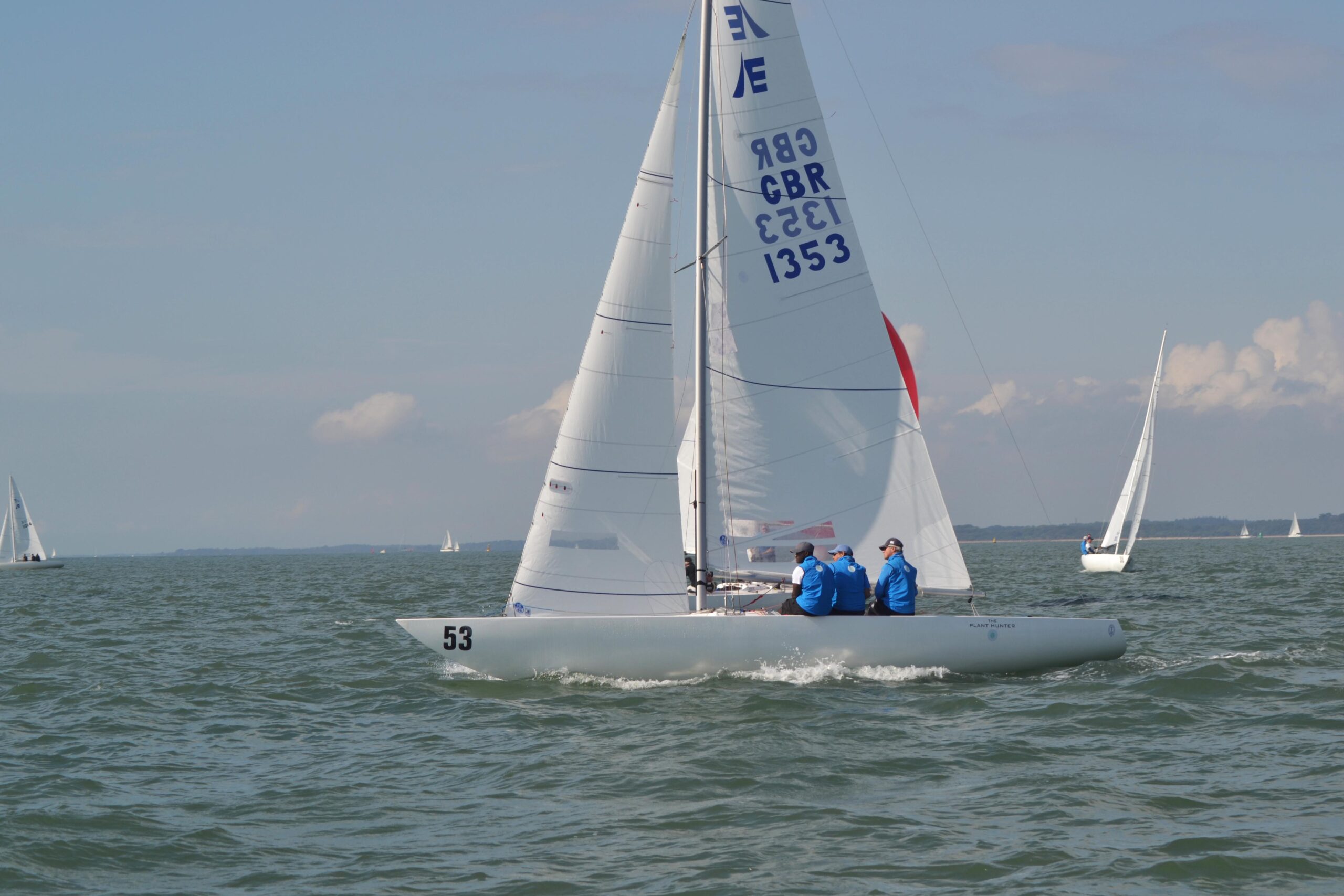 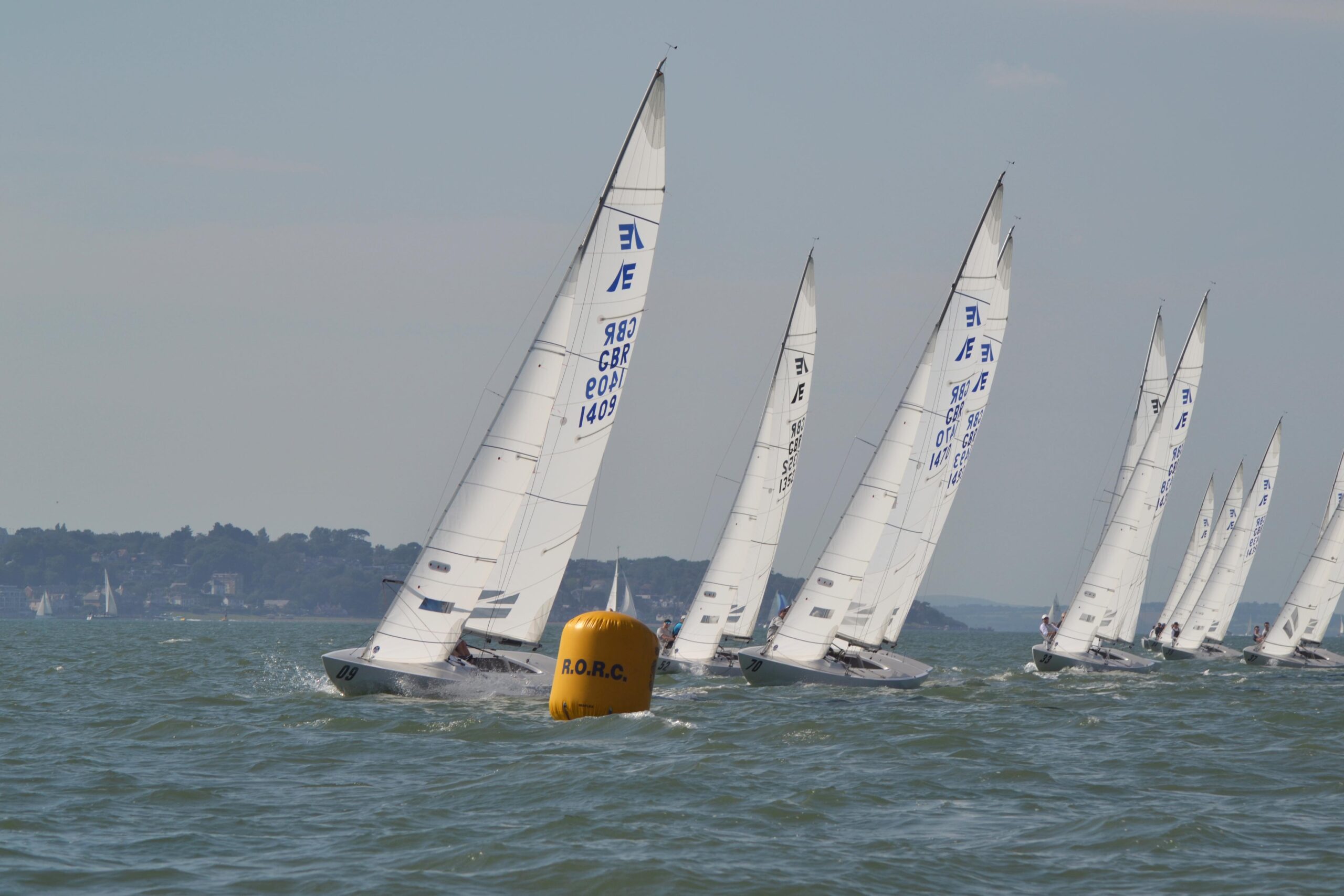 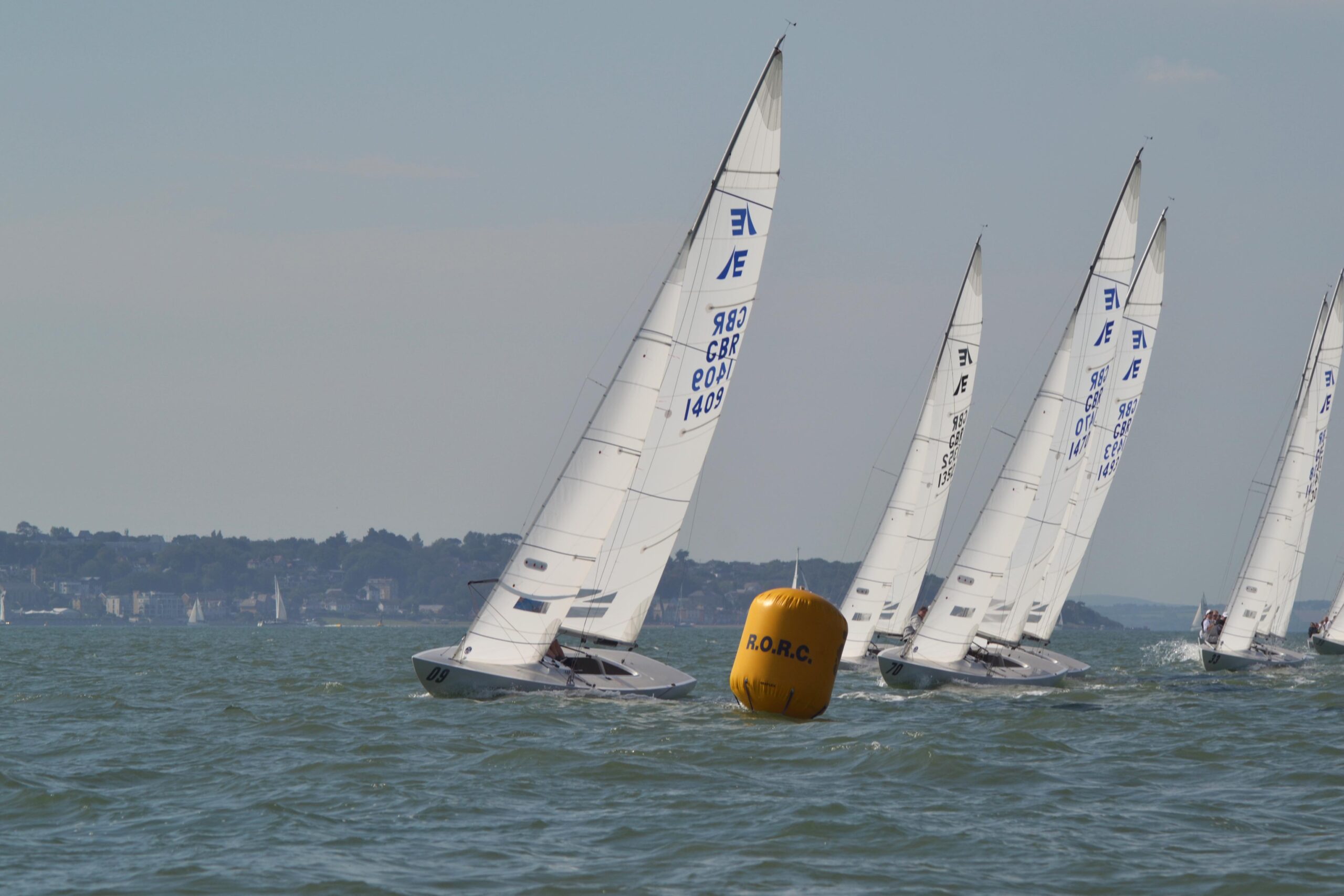 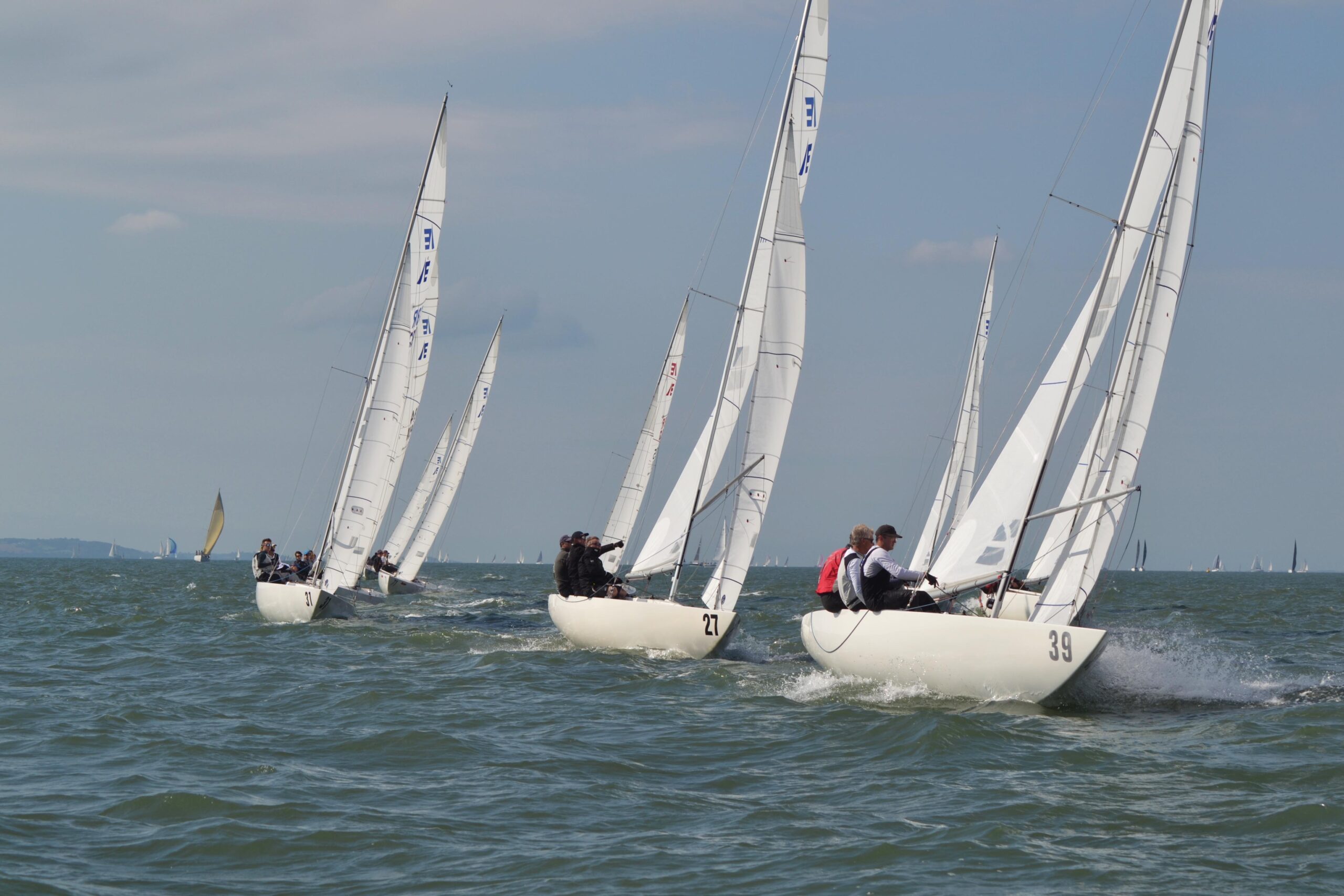 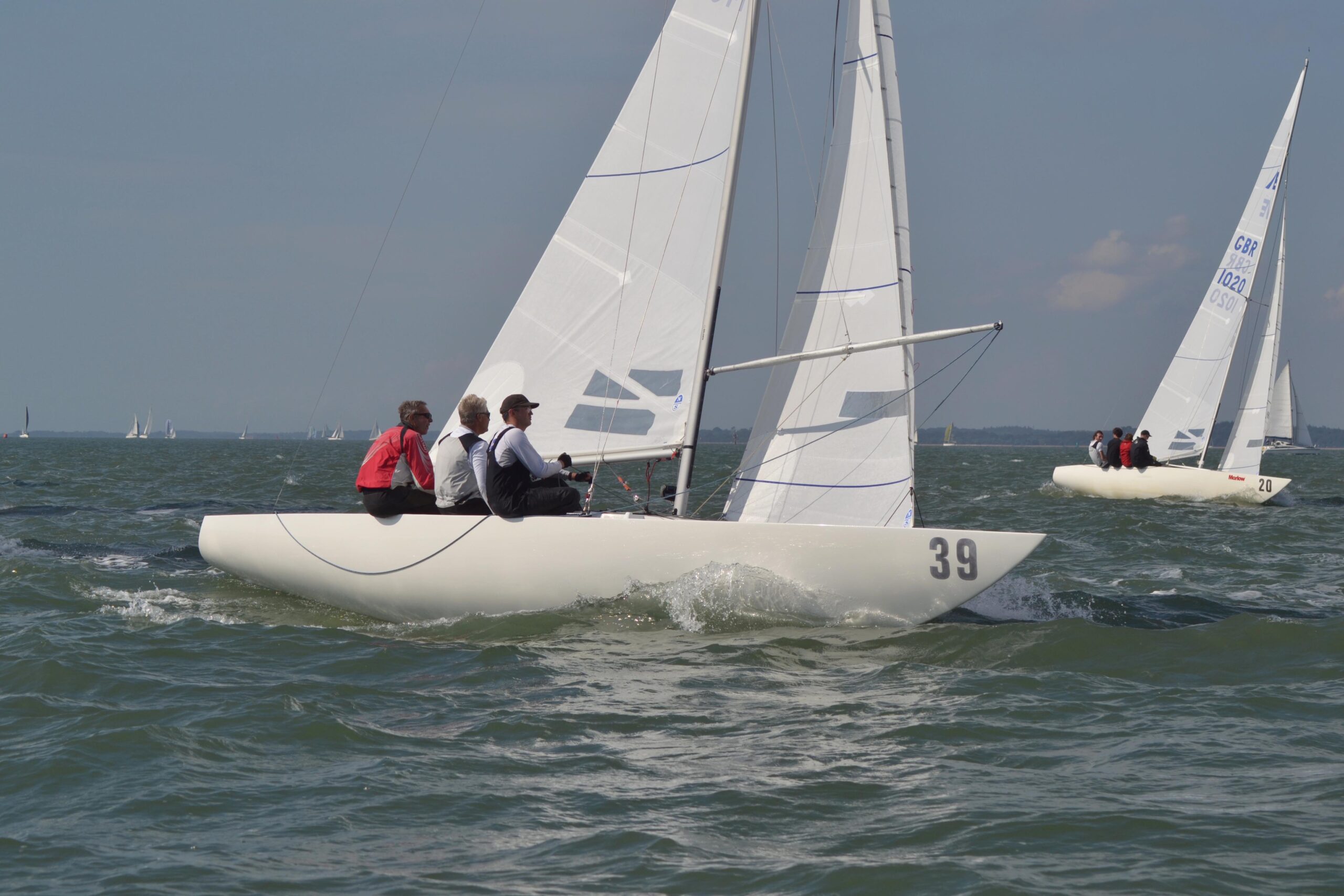 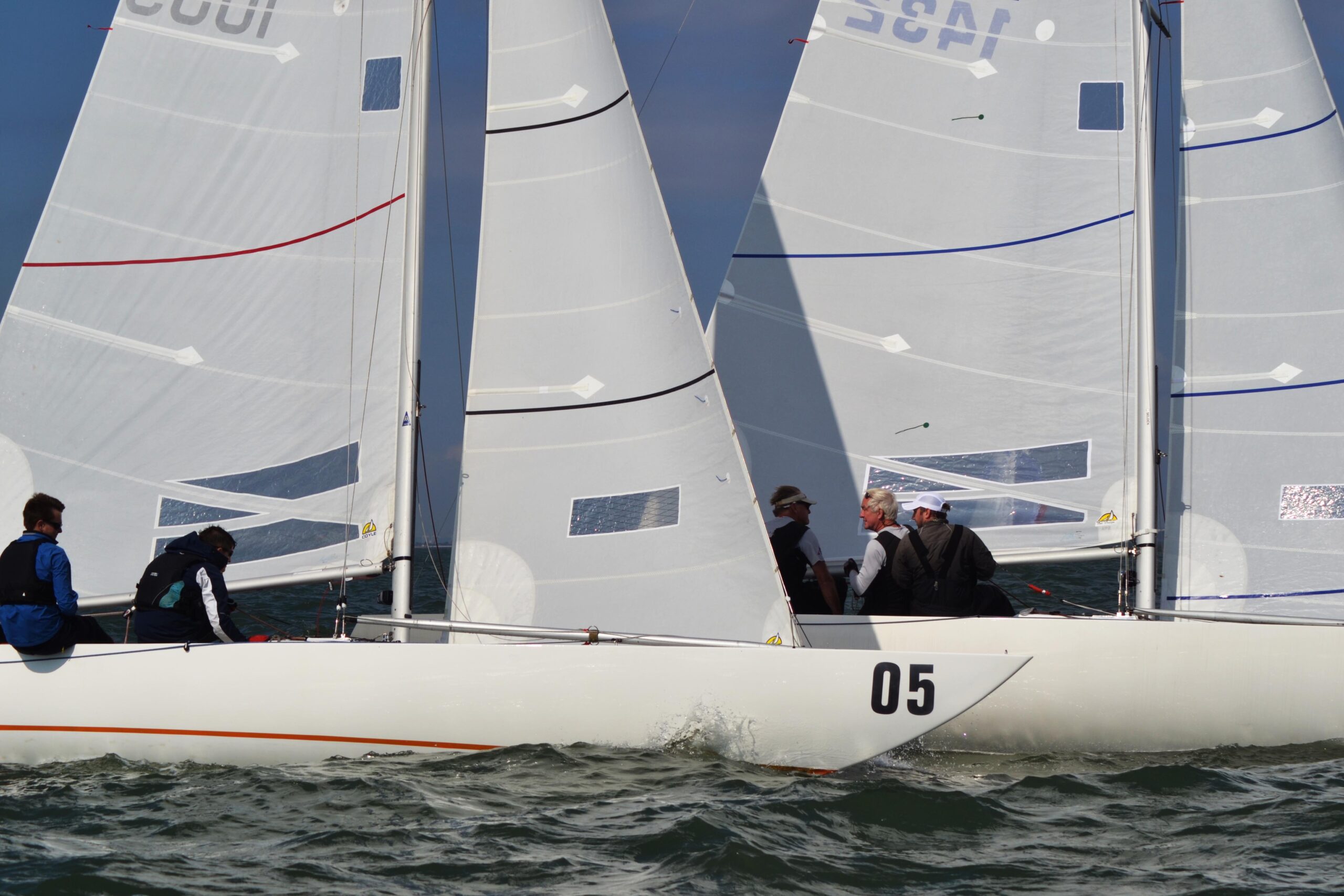 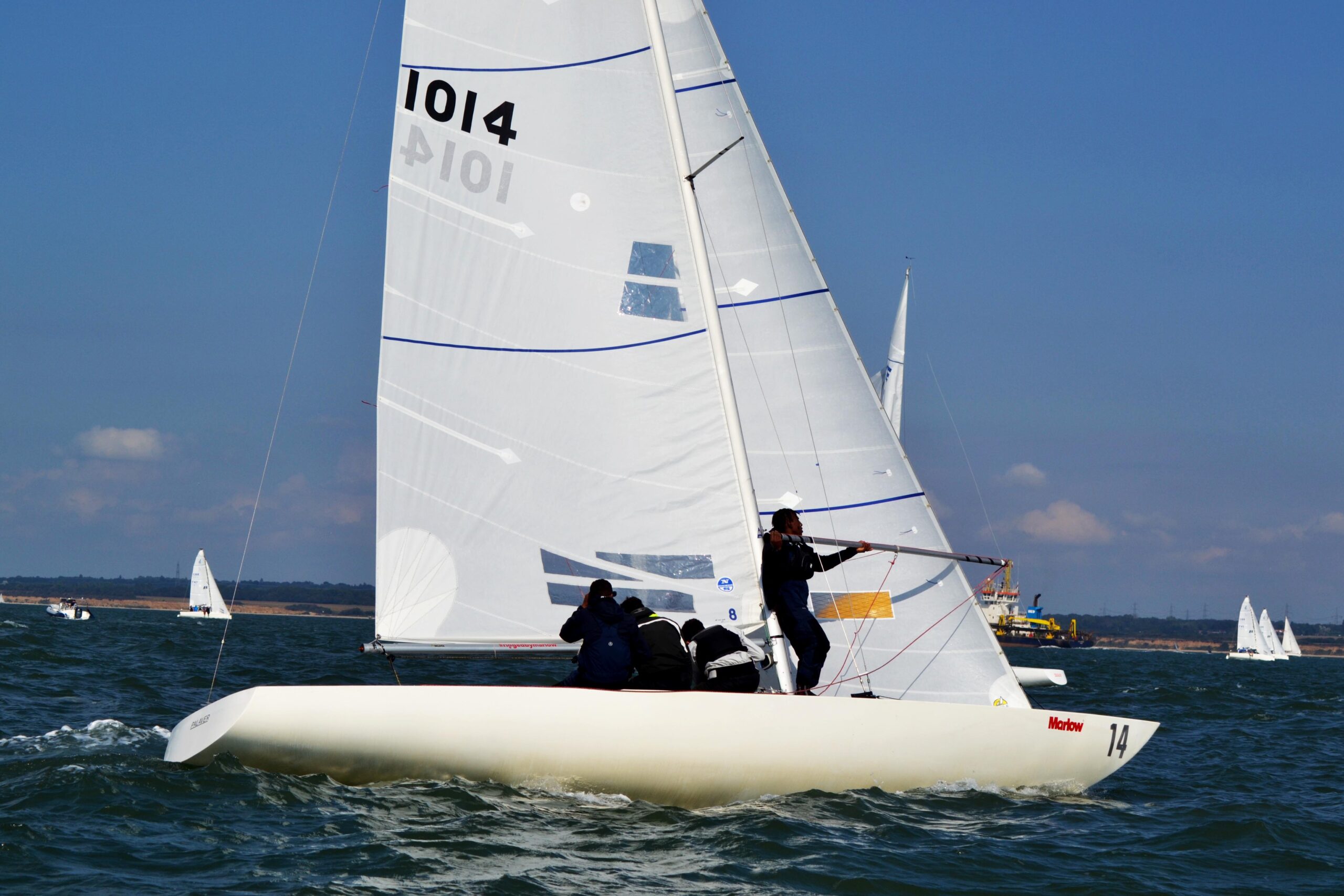 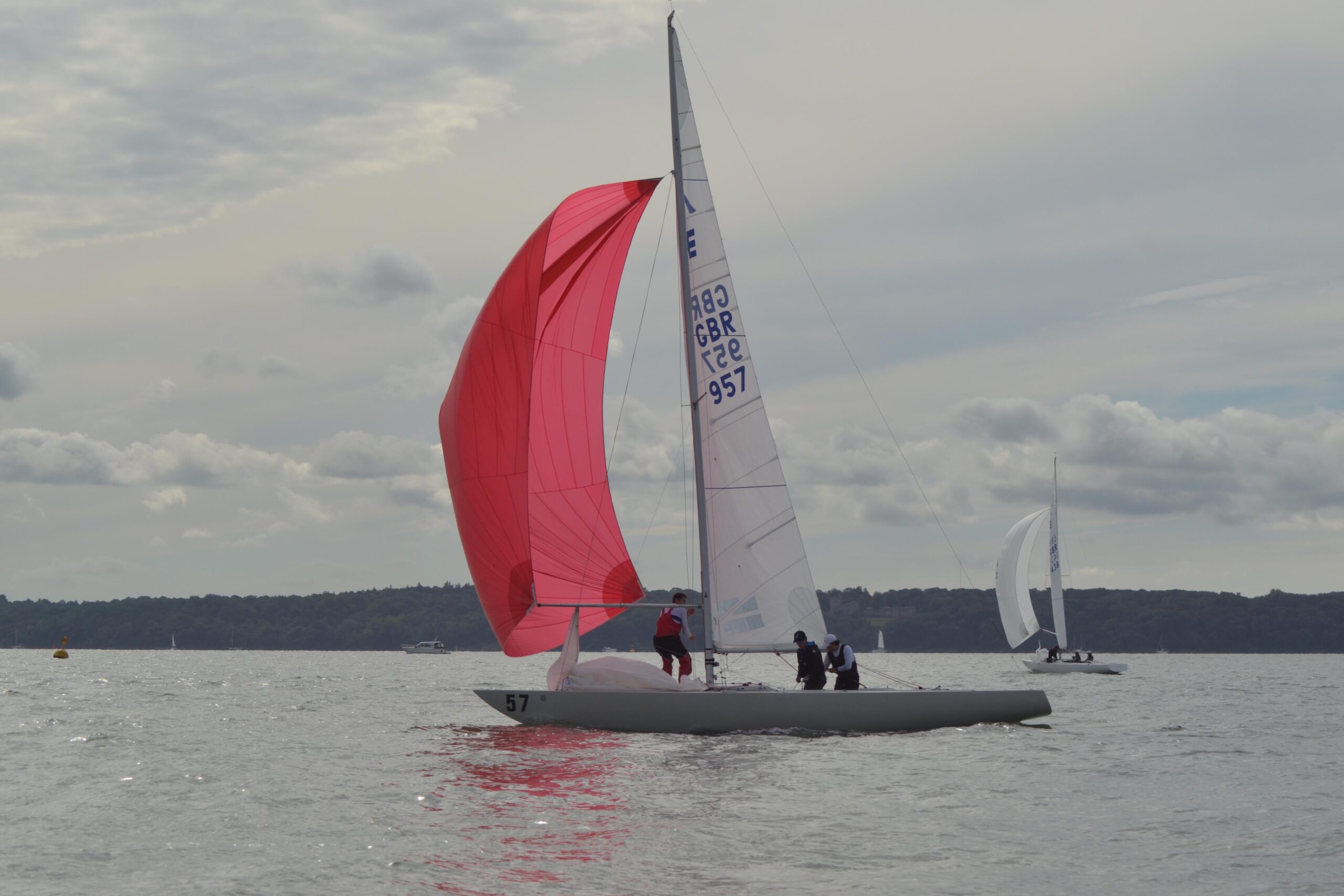 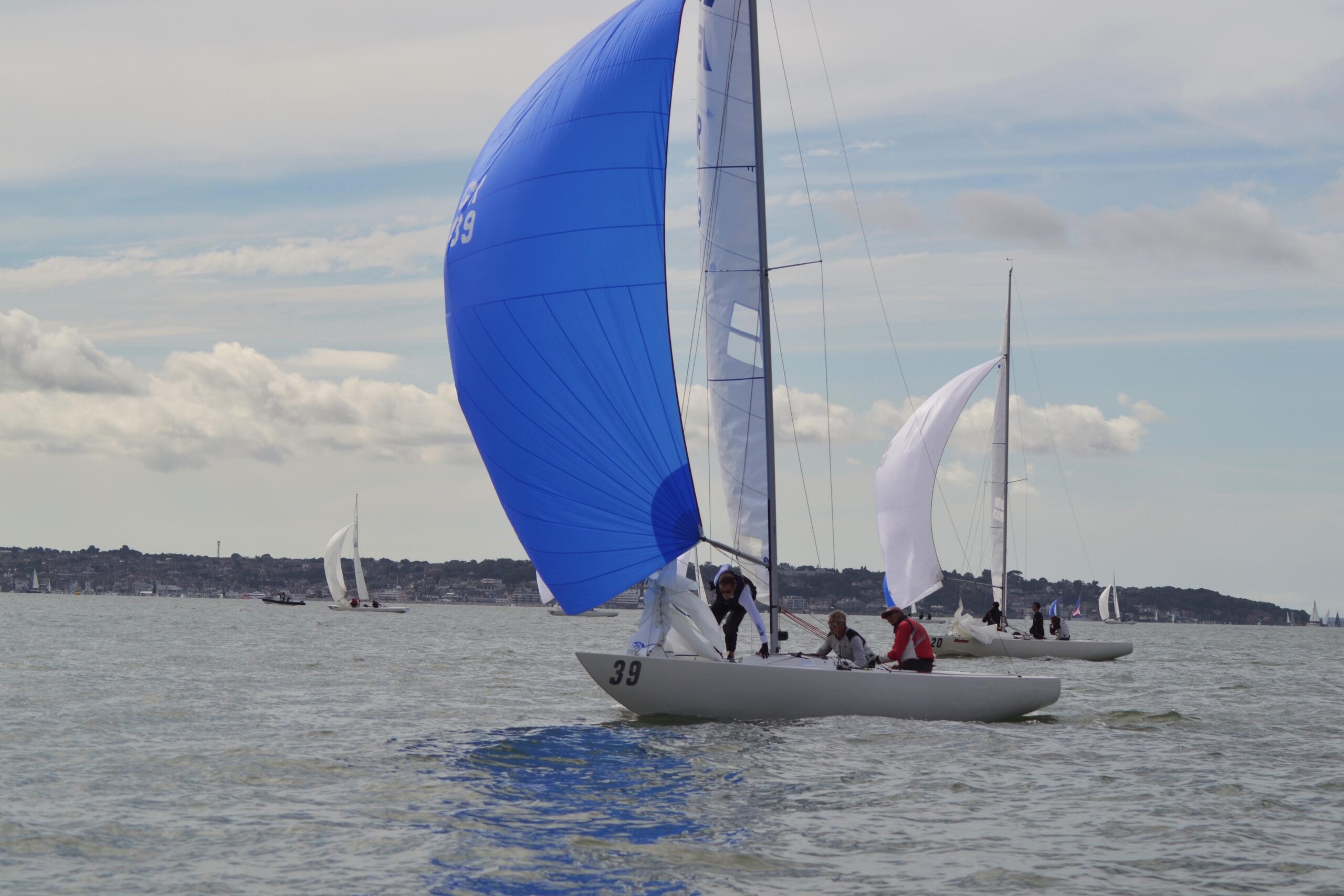 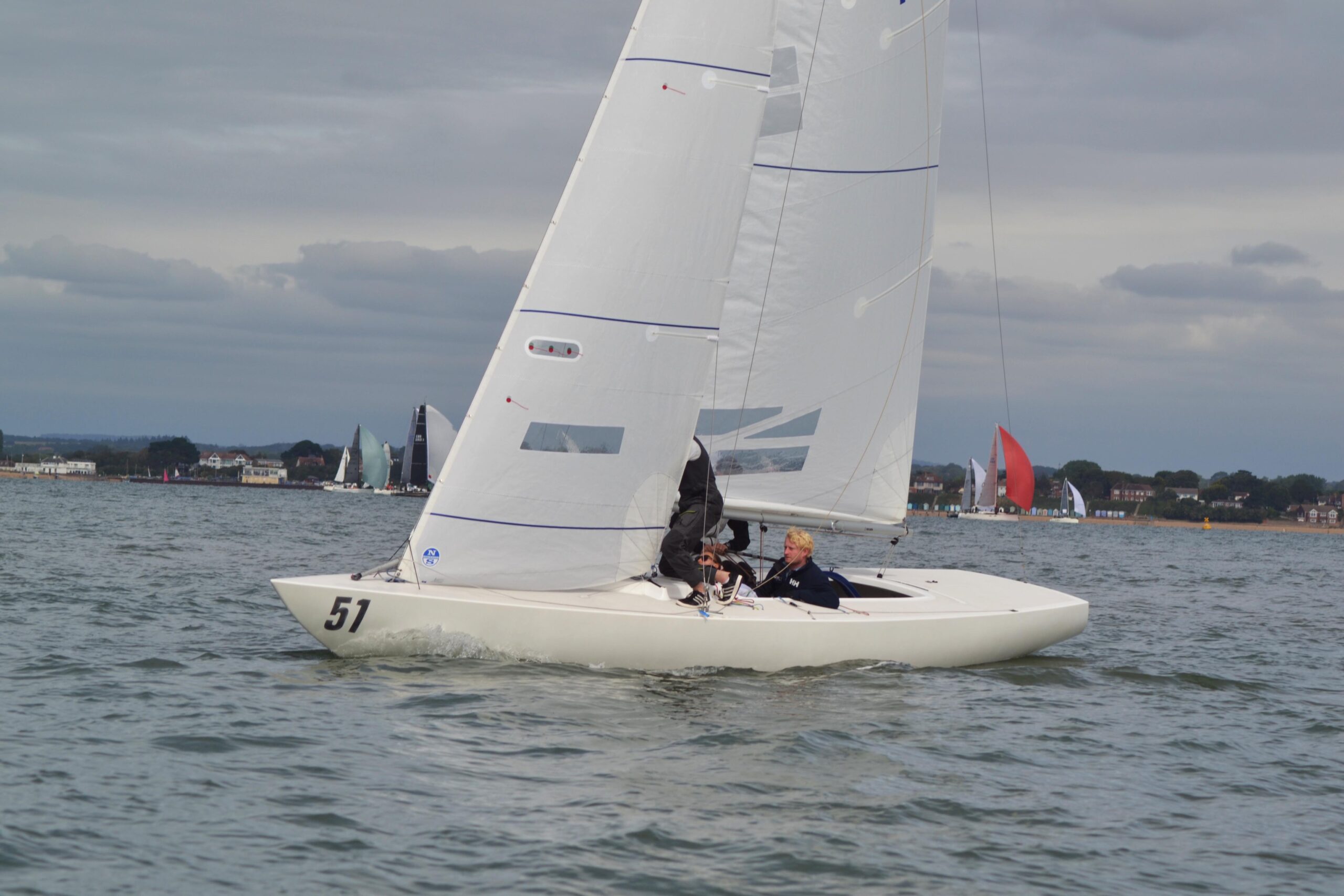 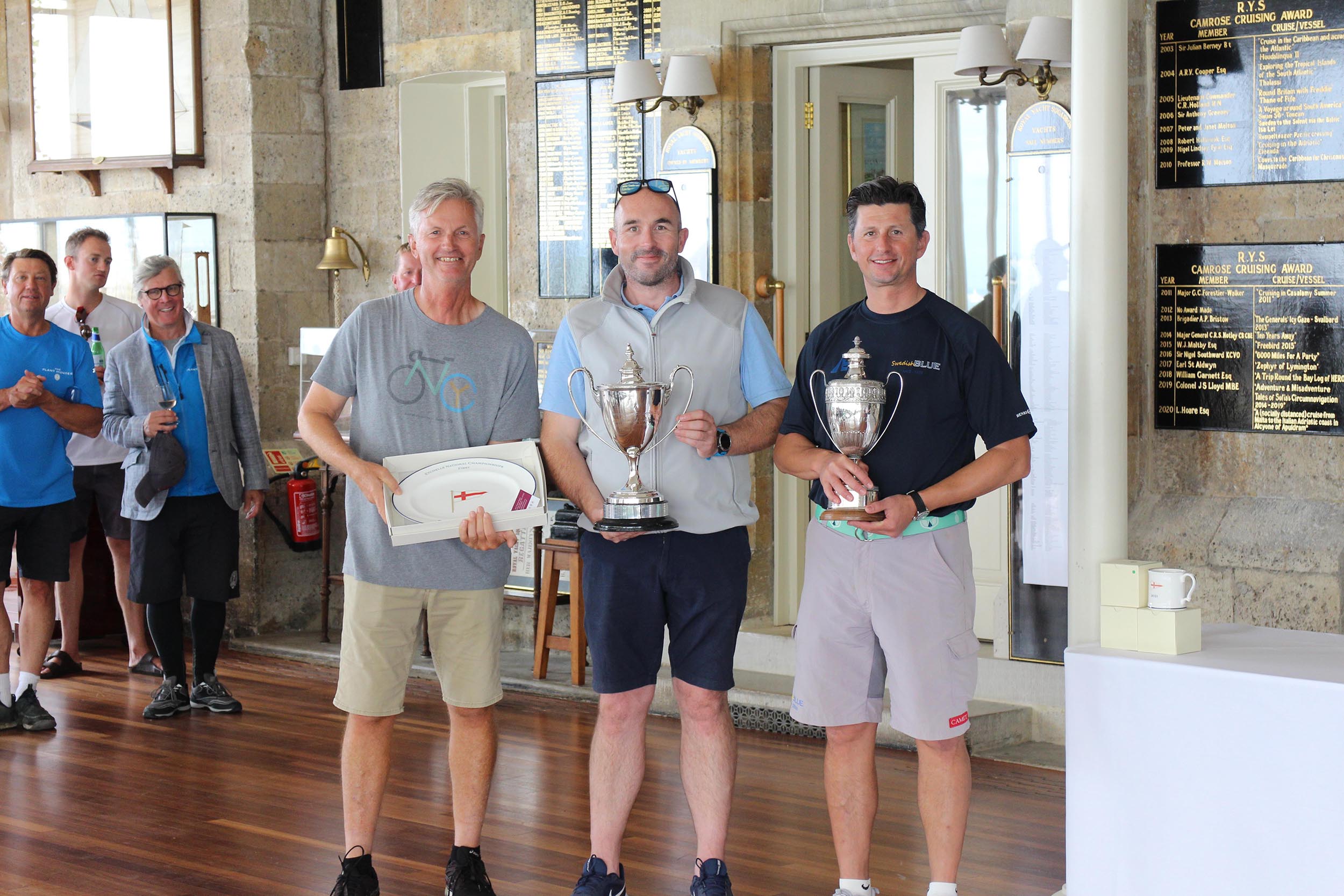 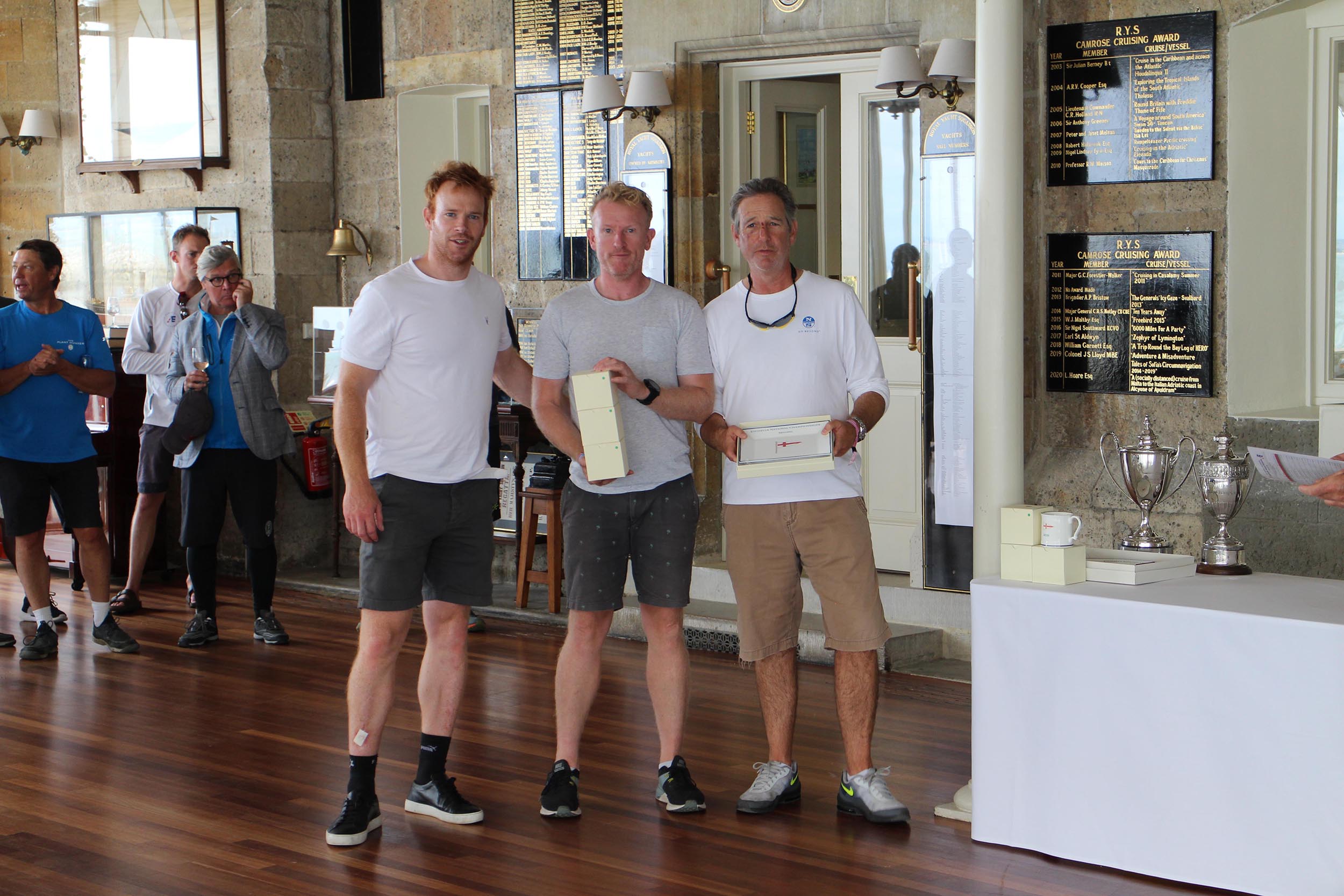 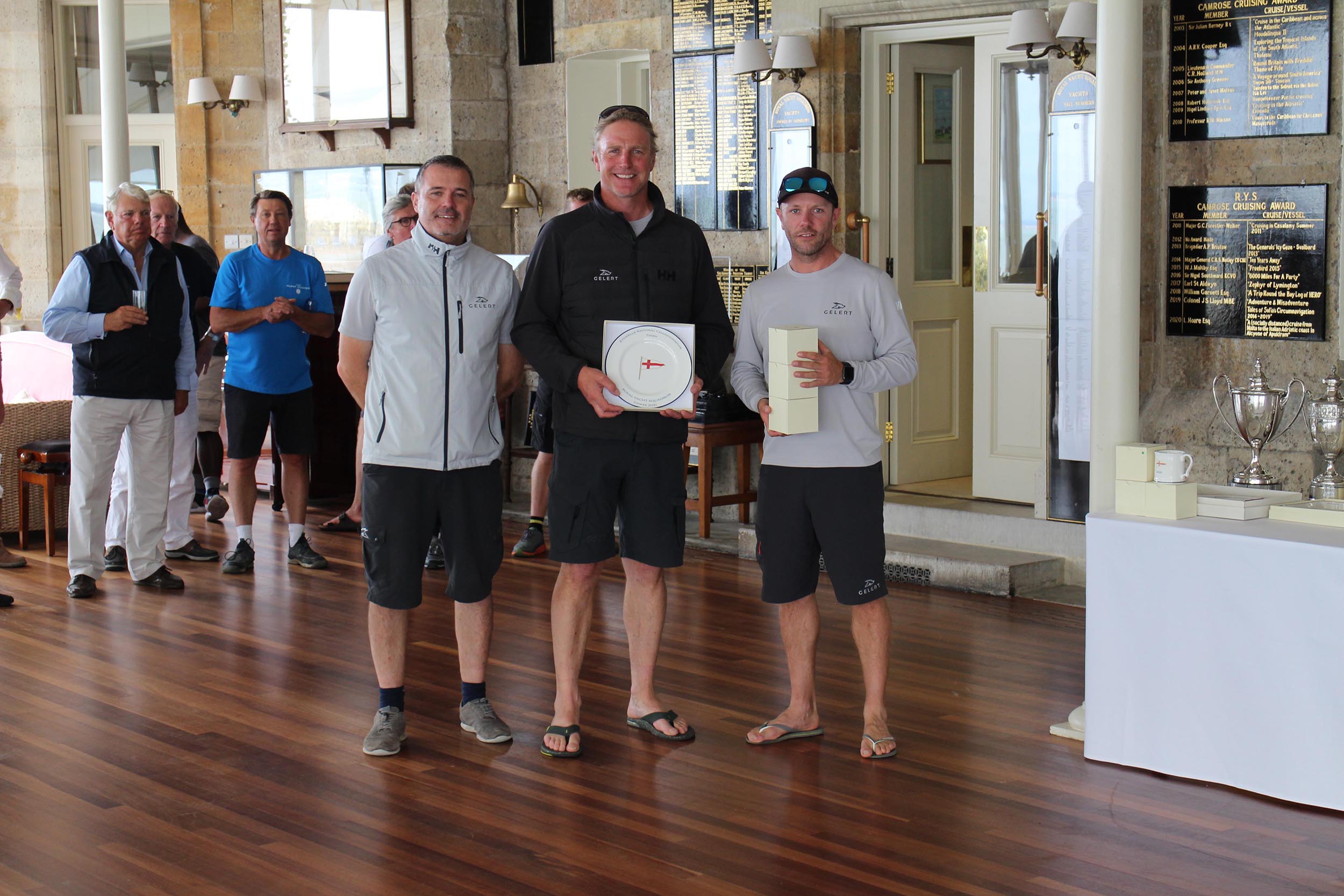 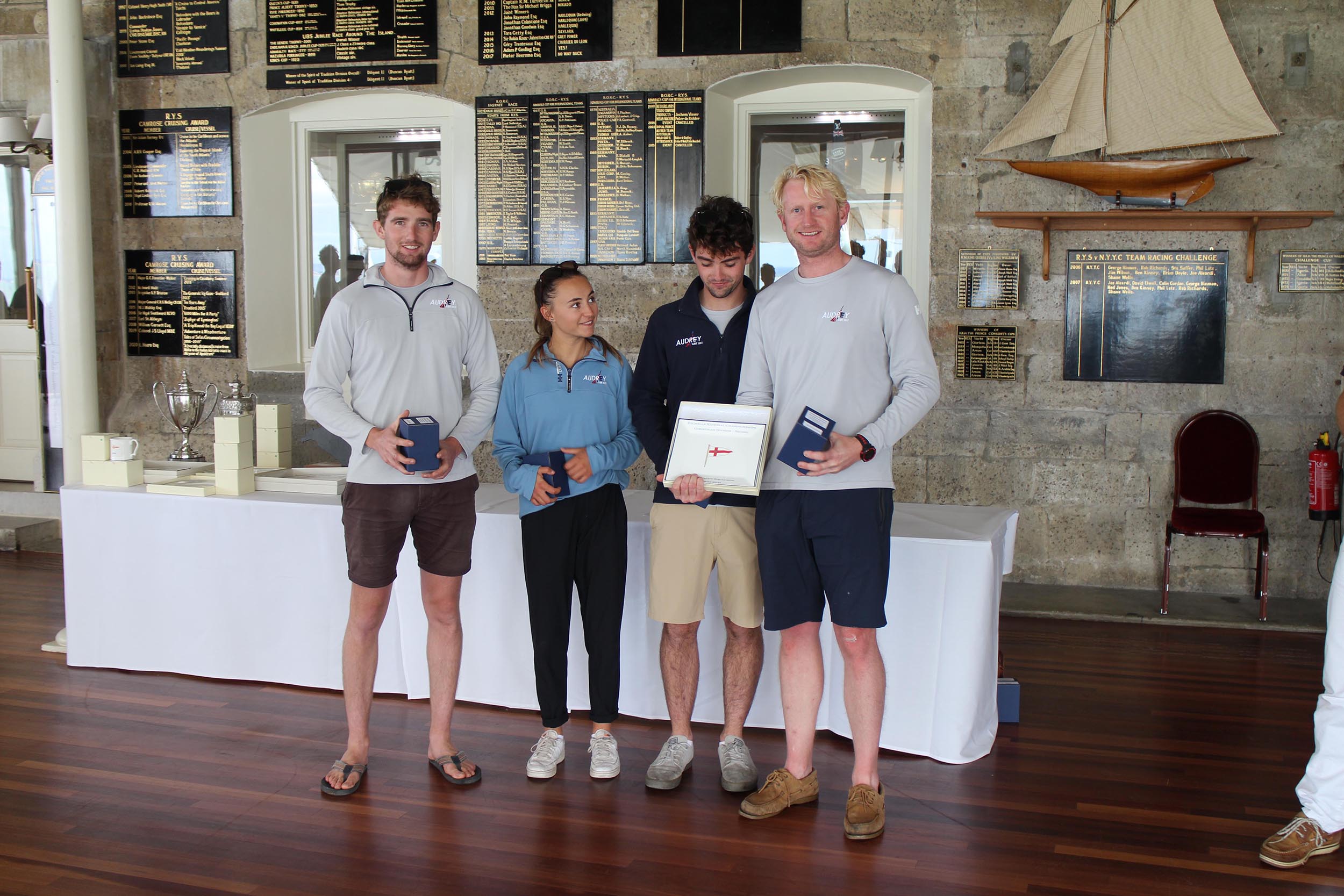 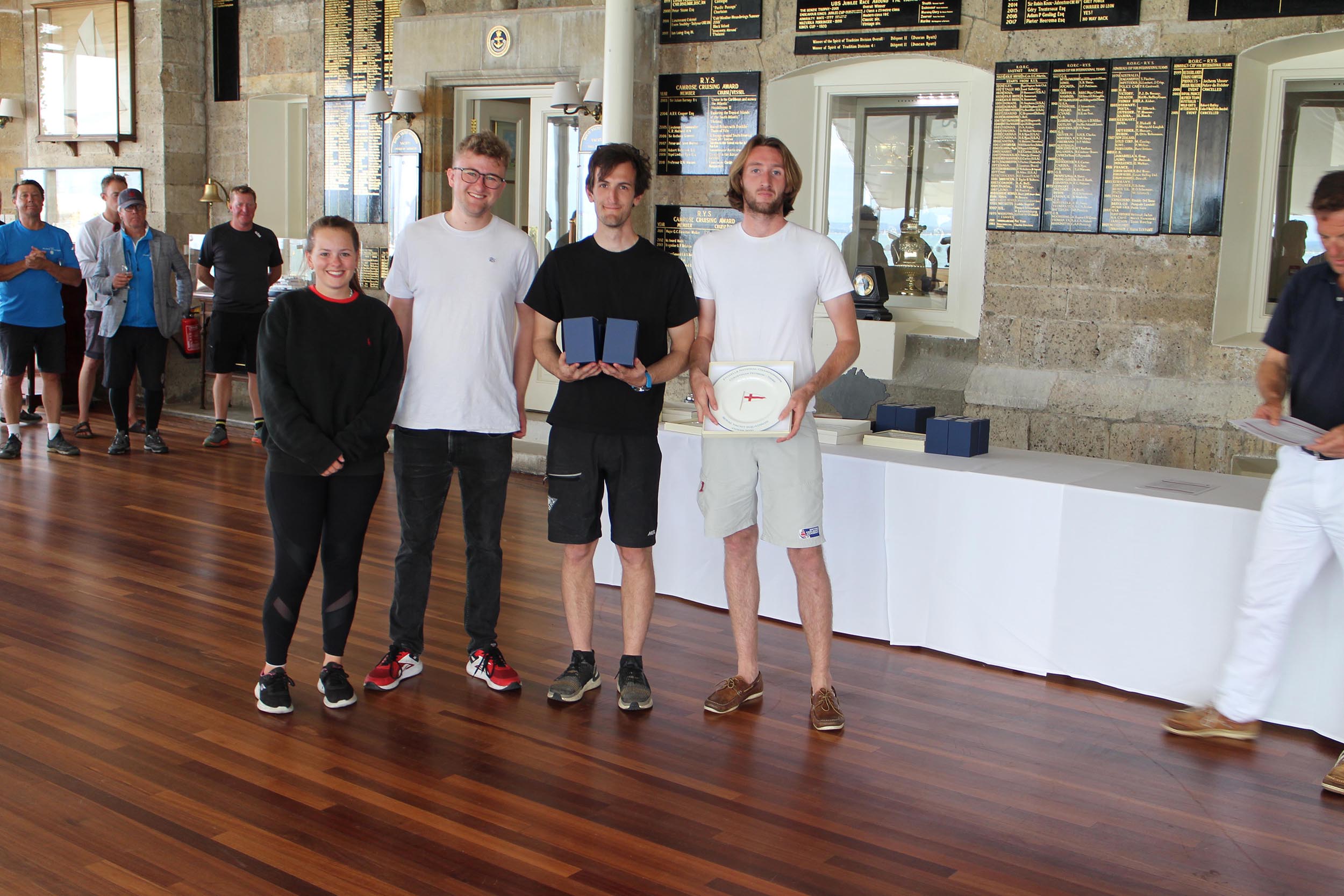