A brilliant three day racing with some very tight and enjoyable competition throughout the fleet.

Day 1 (Fri) saw the AP up early on while Peter Saxton, the PRO, waited for the wind to fill in. Eventually it came in from the West around midday and racing got underway shortly after. The first race saw most of the fleet head left early on with a few electing to tack off, but it was K2, the leftmost boat, that was first round the windward mark. Gelert managed to pull ahead by the bottom mark and then lead the rest of the race with a close fought battle at the finish as they were followed closely by K2 and Polaris.

Race 2 saw newcomer to the fleet Angus Galloway and crew in GBR957 lead the fleet out on starboard. After a brilliant committee boat start, they were just pipped to the windward mark by Eat Sleep E Repeat but held on around the course to take 5th overall.  Stuart and Ben Childerley, with Roger Marino, in Polaris took the Race 2 win in the end.

The third and  final race of the day was a similar story with the left hand side of the course paying off, Polaris took a second win to set the bar for the rest of the regatta, closely followed by Rob Goddard in Rocketman and then the youth boat of Sumo with Anthony Parke and crew in third.

Day 2 saw another early AP up while the wind settled. Similar to day 1, the fleet headed out after lunch and were greeted with light and fickle winds while the race officers tried their best to set a fair course. Eventually the wind settled sufficiently to get  race 4 underway but a pin biased line caused a few too many boats to drift over the line leading to a general recall. The wind shifted further left during the restart but the Uniform flag was displayed and had the desired effect of keeping everyone behind the line as Race 4 finally got away – the majority electing for a straight tack onto port at the earliest opportunity. Angus Galloway in GBR957 played this perfectly and lead for the entire race, closely followed by Polaris and Gelert.

Races 5 and 6 caused a good mix up of the results as the shifty condition caused a few of the leading boats to get caught up in the mid-fleet. This gave some of the Corinthian boats a chance to score some impressive results with No Dramas getting 3rd in races 5 and 6 and Sumo getting the bullet in race 6. Swedish Blue also got their first race win of the regatta in race 5.

The third and final day had forecasted similar conditions to Saturday afternoon but with a northerly breeze – and no AP this time. The results were tight and this meant that any of the top boats could theoretically take the overall win if things went their way. Race 7 saw a split in the fleet with those electing to go onto port early and into the channel gaining the most.  Sumo was right in the mix and thanks to the tide rapidly taking the fleet towards the windward mark and they called the layline perfectly from almost half a kilometre out and rounded first ahead of Gelert, followed closely by Exabyte. Sumo managed to overstand the newly laid windward mark for the second beat and it looked like Gelert would take the inside, but they held on and took it all the way to the finish to score a second win in a row.

Race 8 was a similar story with but the course was more evenly split this time, most boats still going onto port early to make the most of the tide. Polaris was first round the mark and held on the entire way to the finish followed by Alfie who scored their second second in a row, then Gelert in third.

Race 9 started with  Polaris favourite to take the top spot overall, but it was Swedish Blue who took the win in this final race to seal their position as second overall, but Polaris came home second making them the 2021 European Champions. Gelert fought hard but an unfortunate last race meant they had to settle for third overall in the regatta. Sumo also held onto forth overall after a not so great last race but still a very respectable finish. First Corinthian boat was No Dramas sailed by Andrew Lawson and crew coming home in 8th overall.

A great regatta and thanks to everyone that made it such a success in the sometimes tricky conditions of the Solent, especially the RYS race team headed by Peter Saxton and to the on-shore organisers, special mentions to Jan the class secretary and Graham and Karl for organising the youth boats and getting them ready in time. Finally, well done to Stuart, Ben and Roger on Polaris for taking home a well fought overall victory.

Hopefully see you all out on the water again soon. 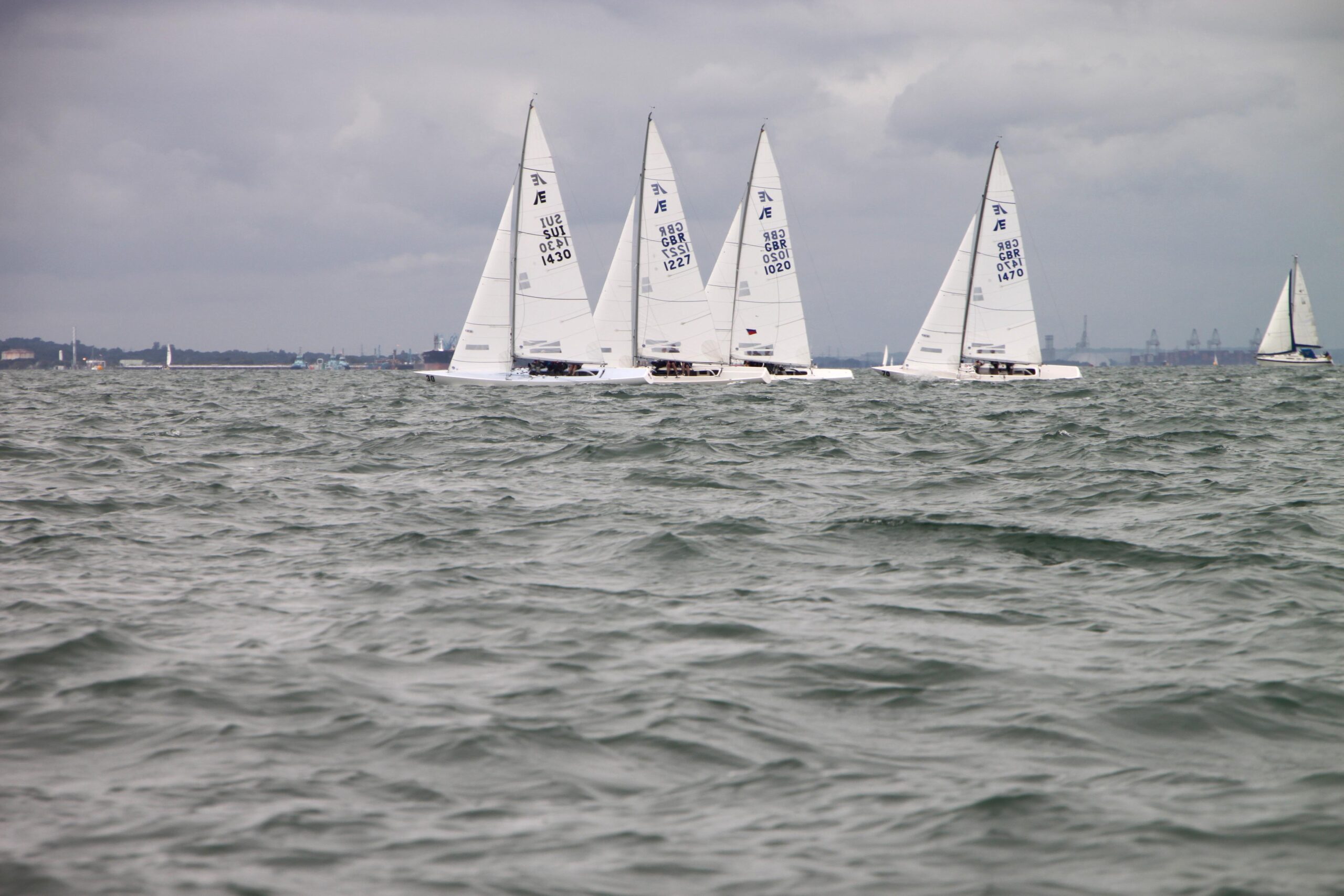 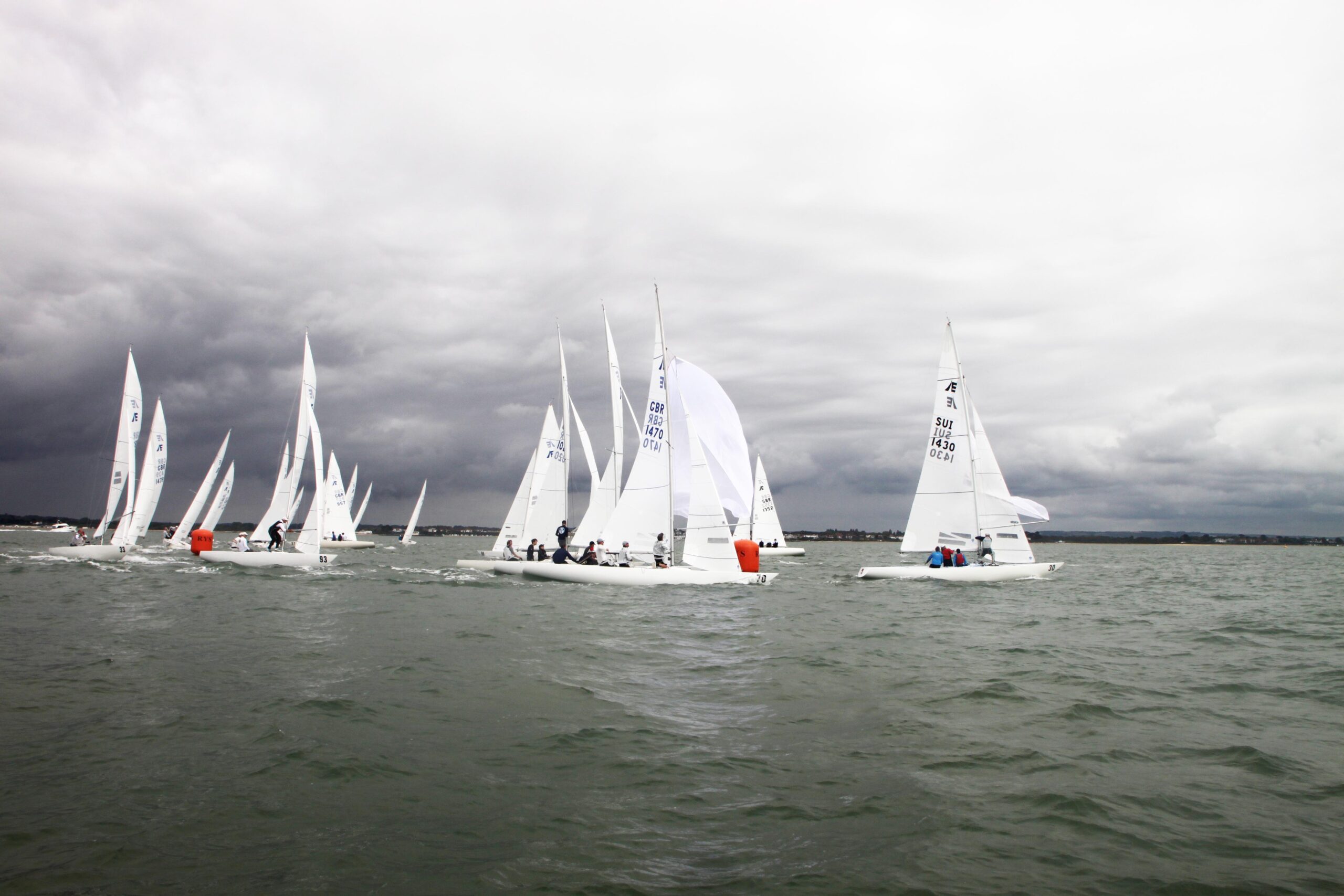 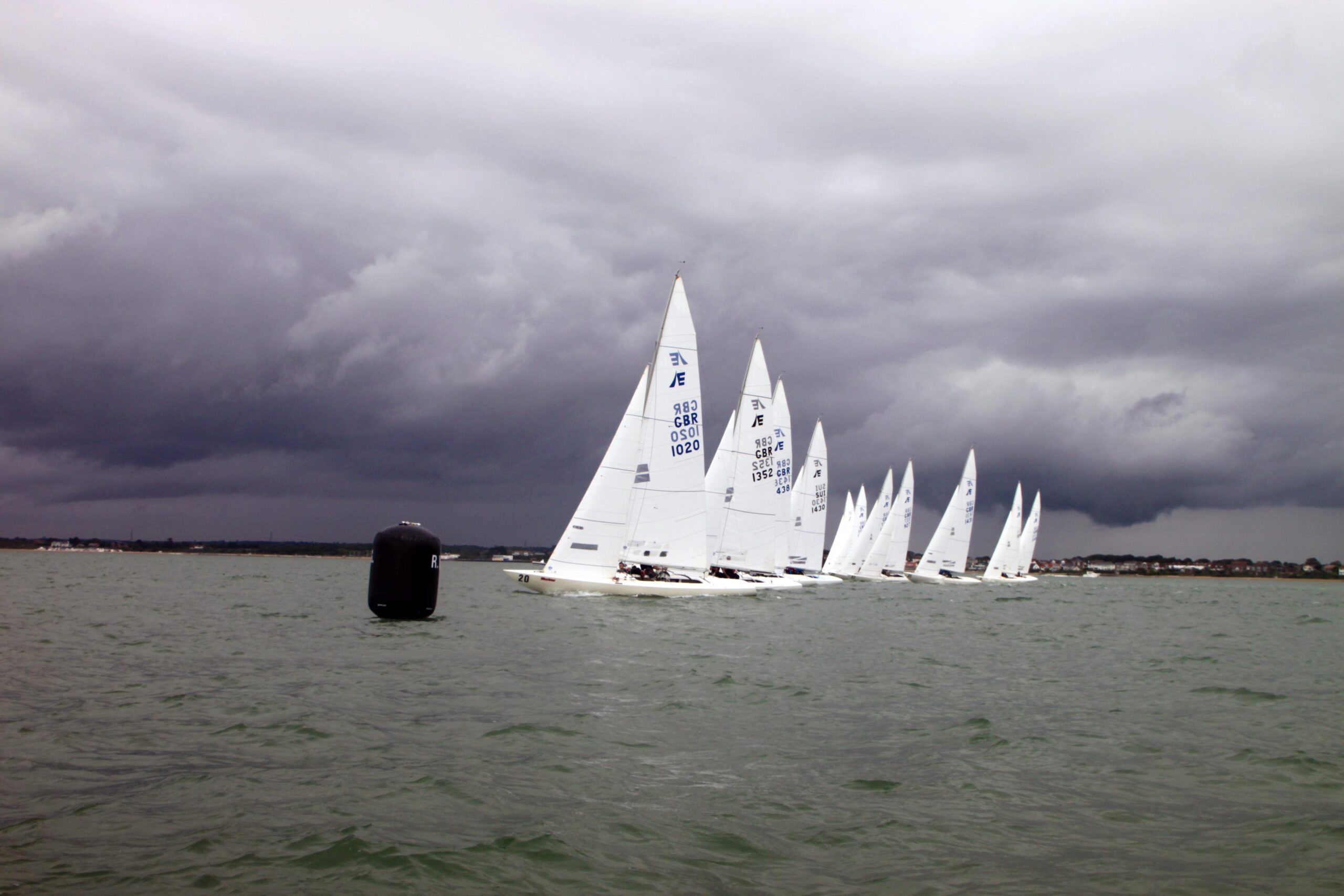 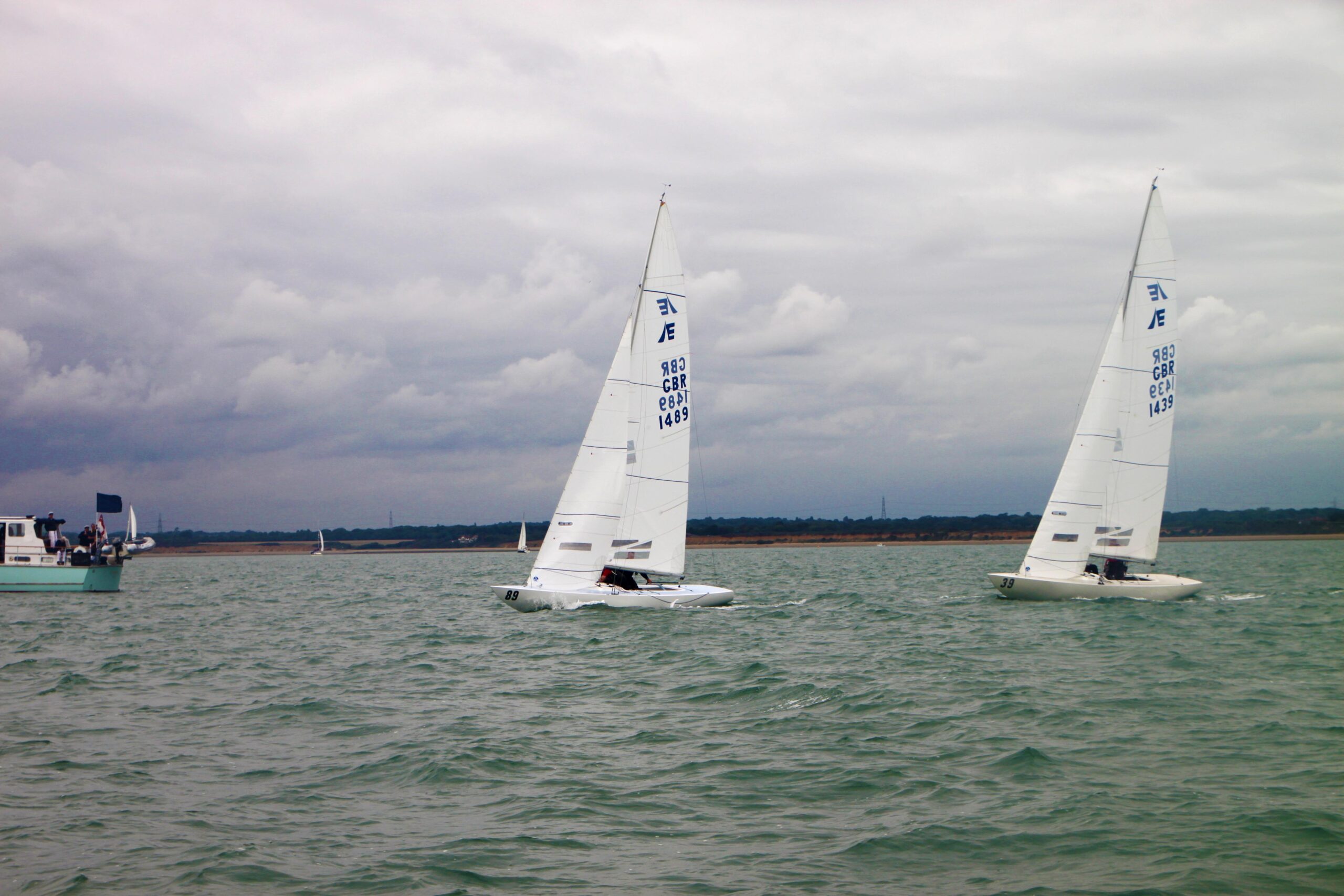 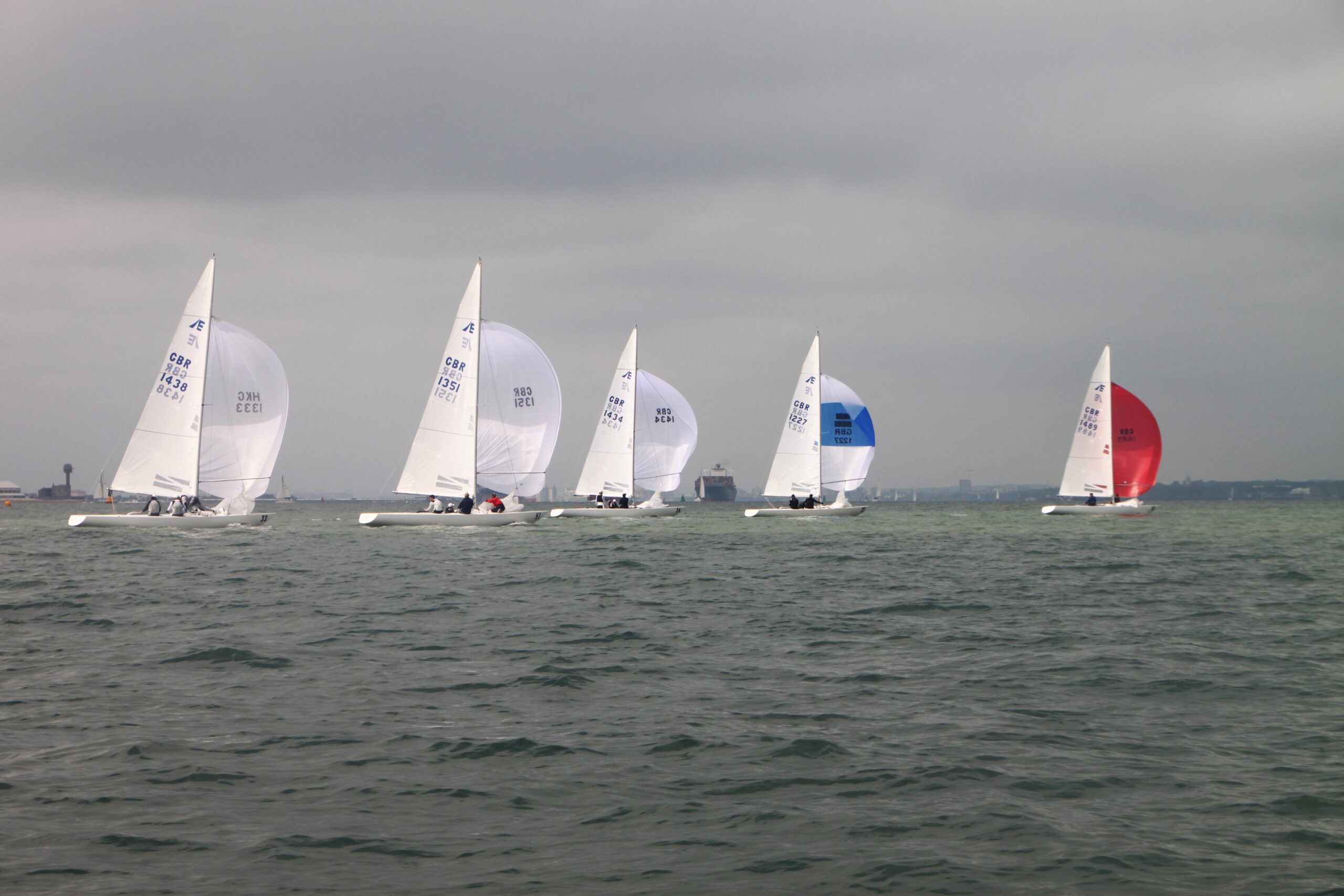 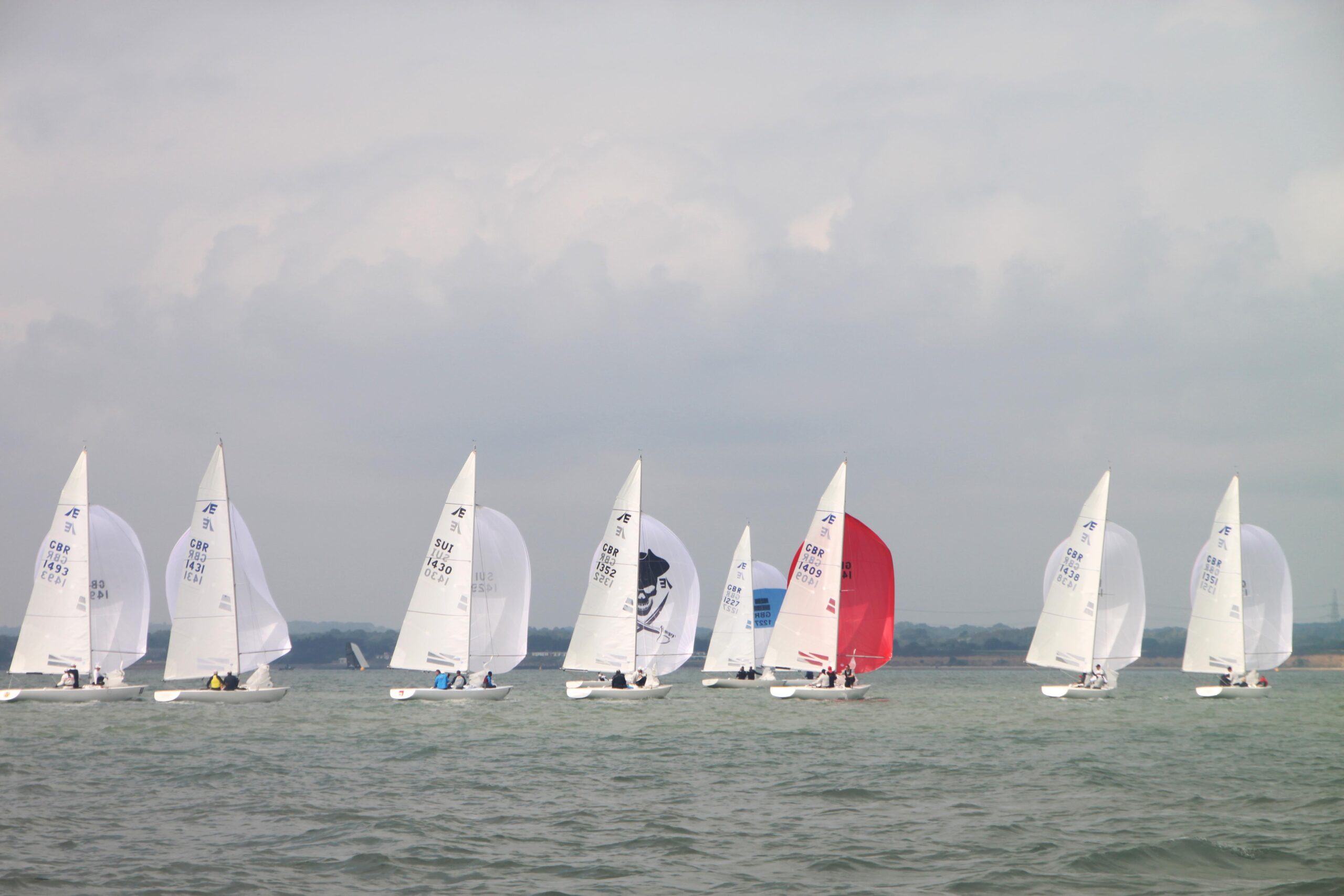 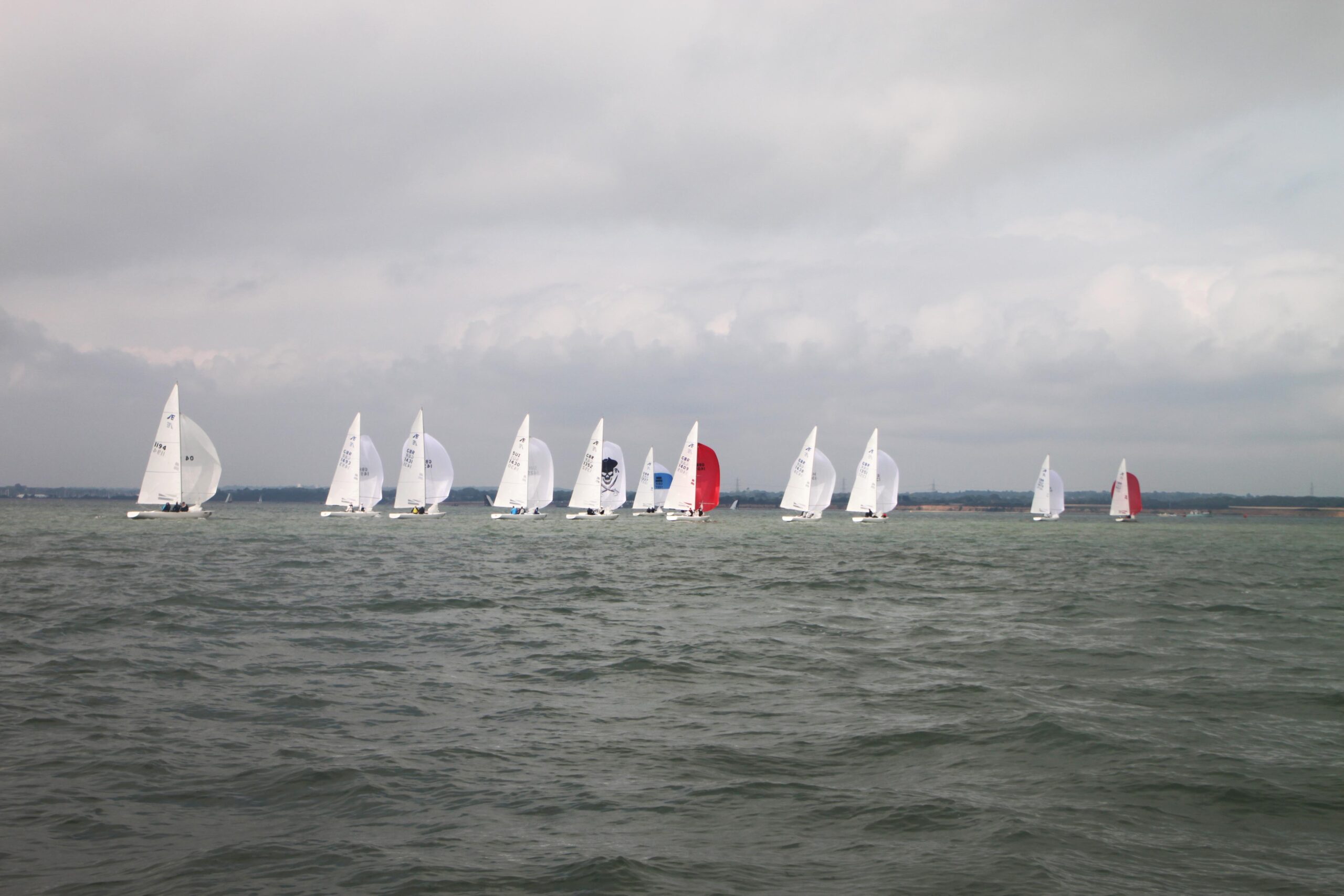 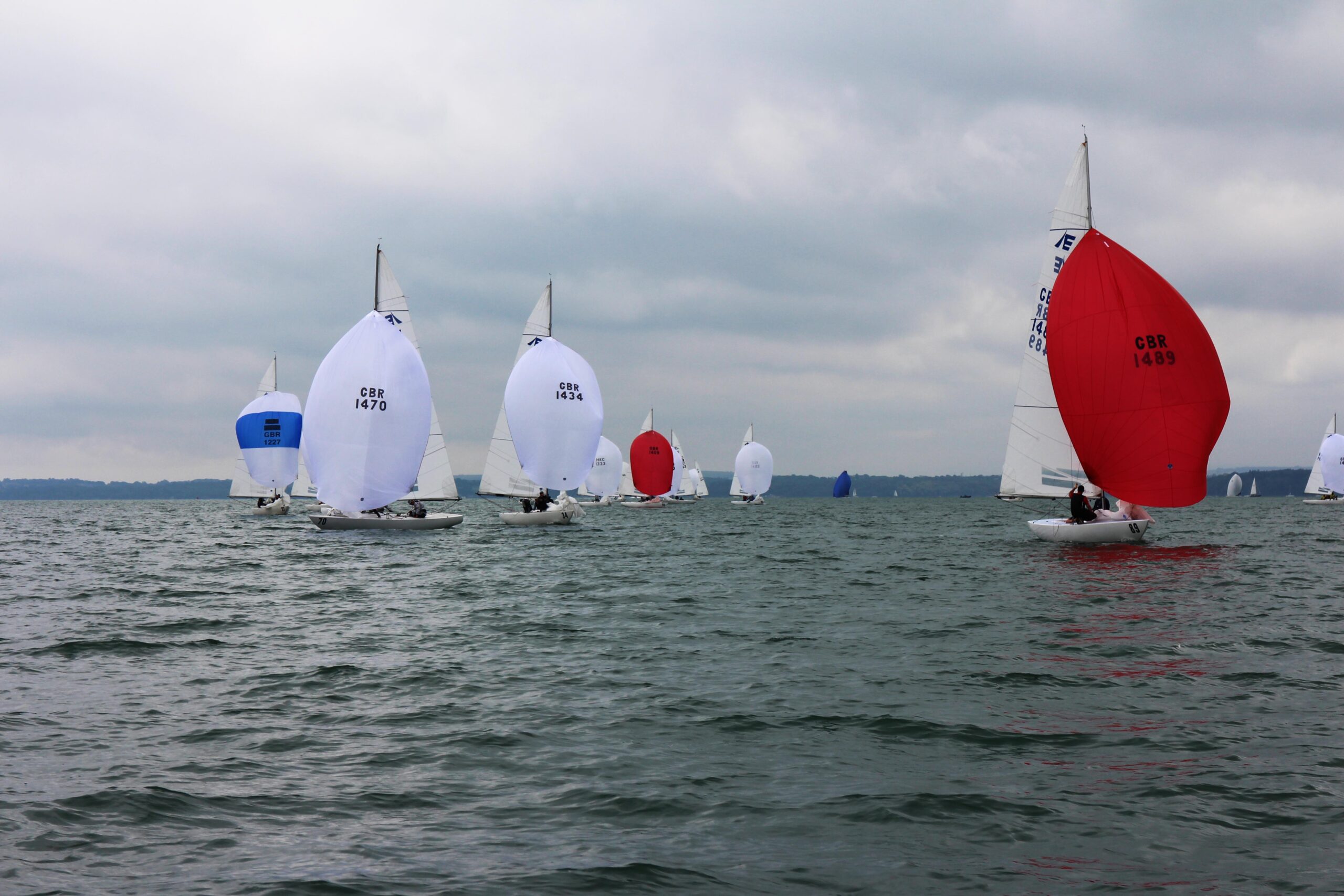 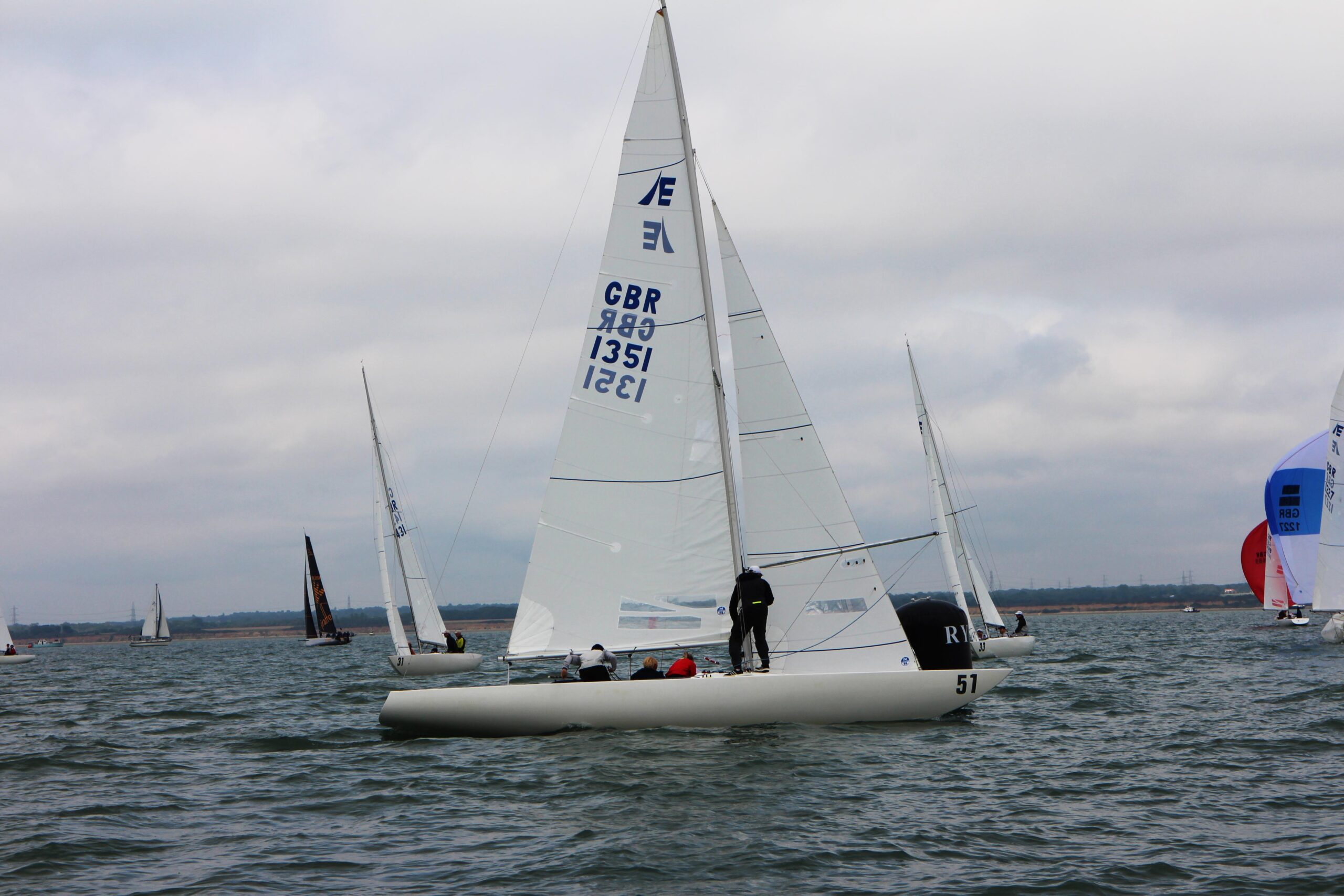 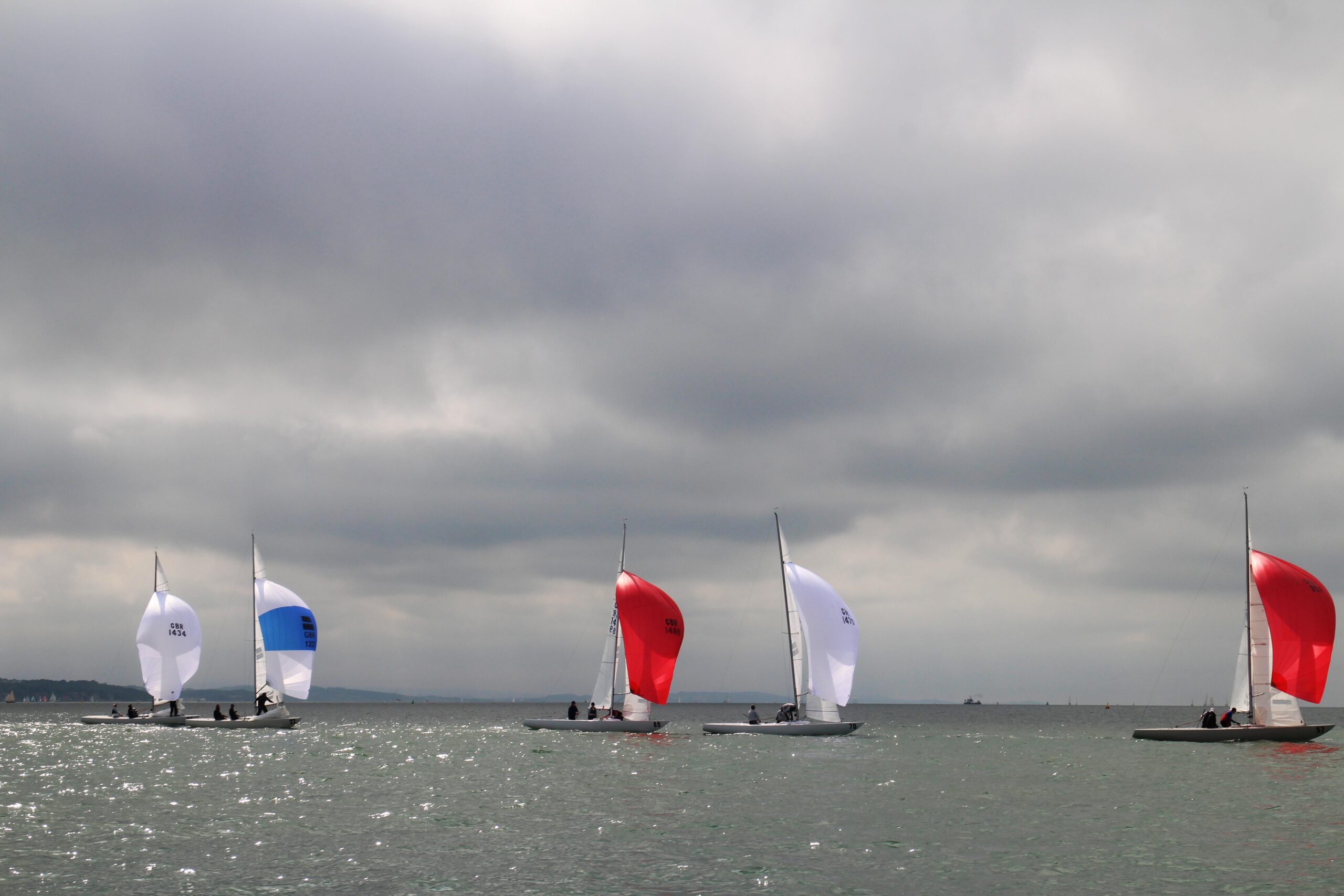 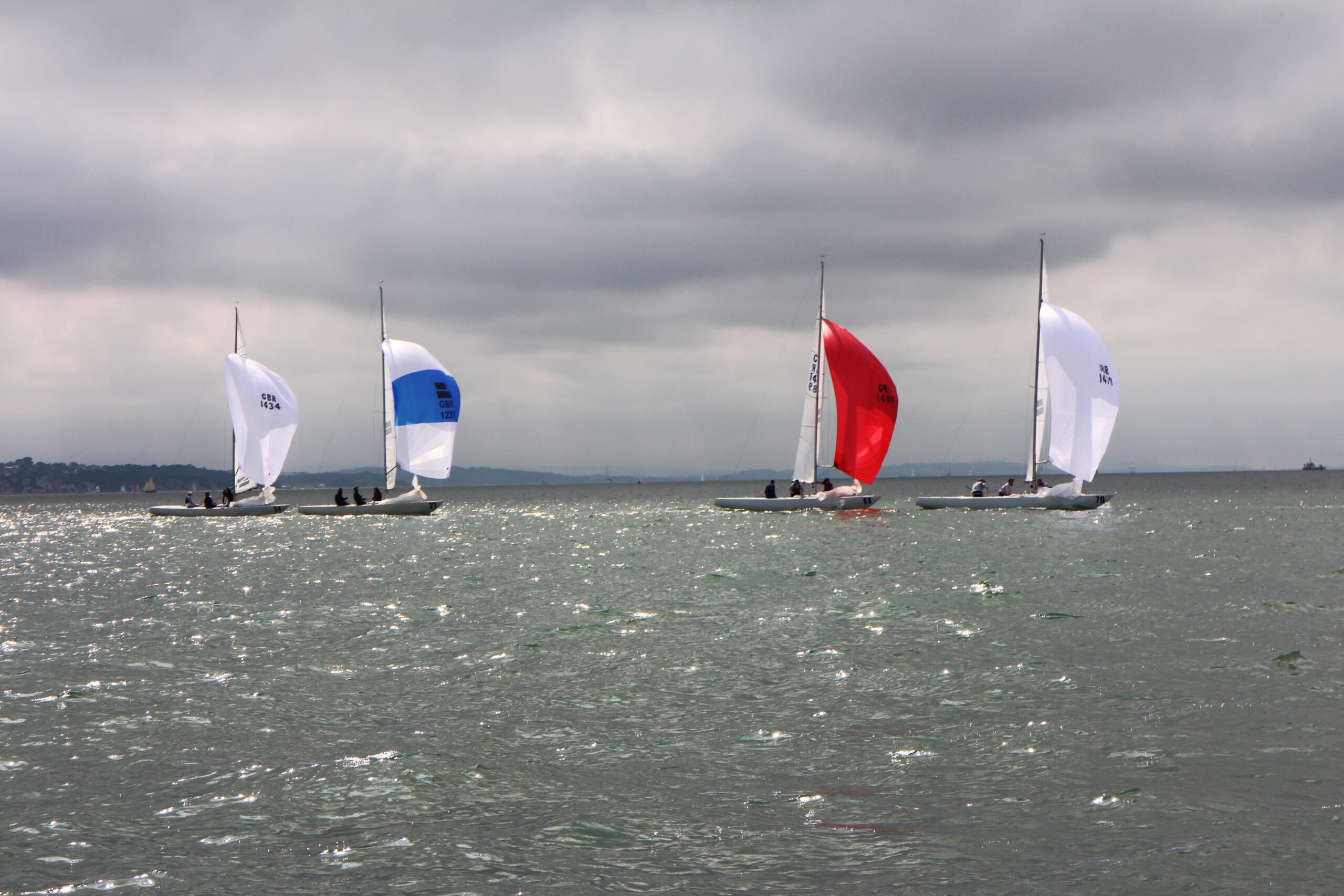 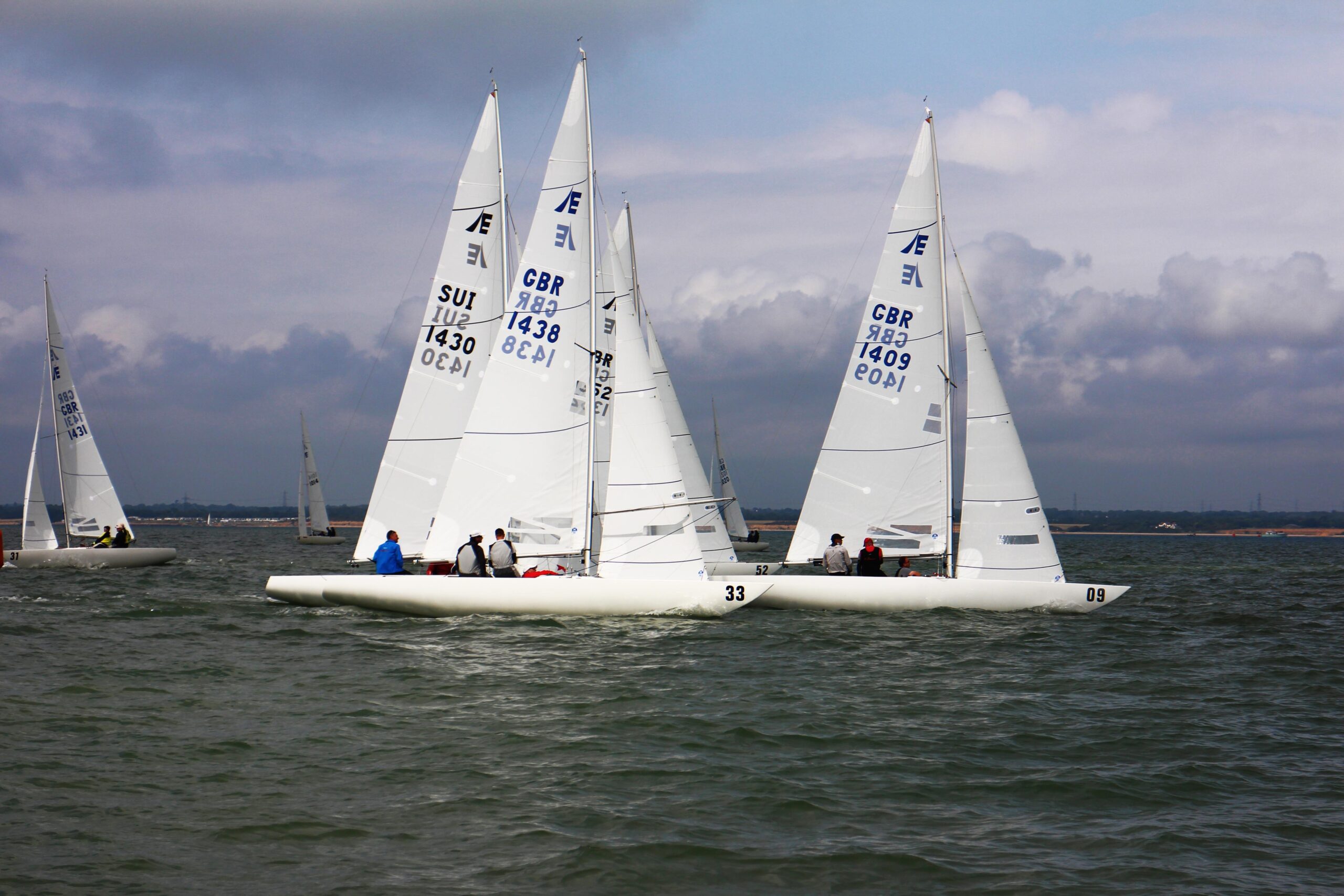 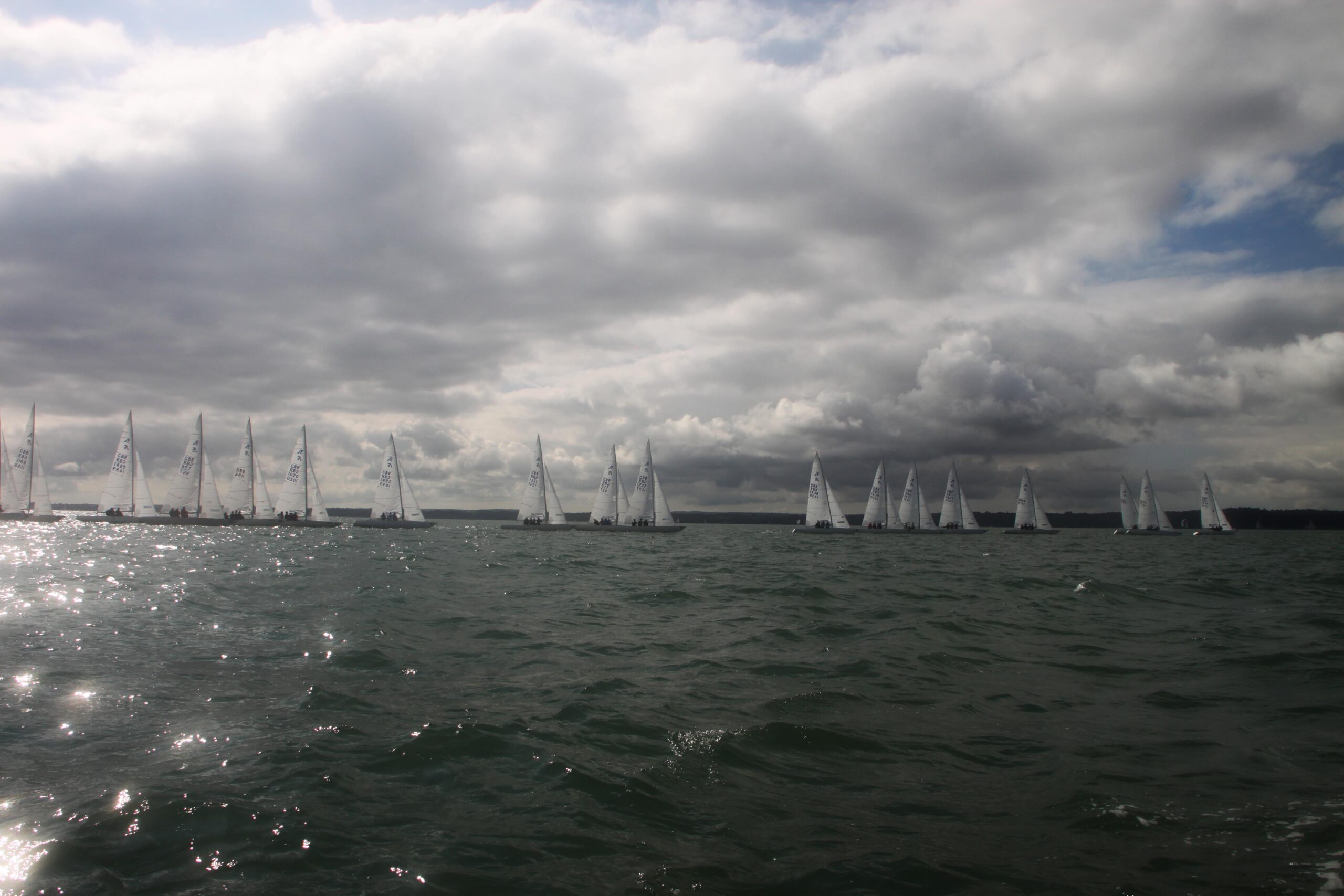 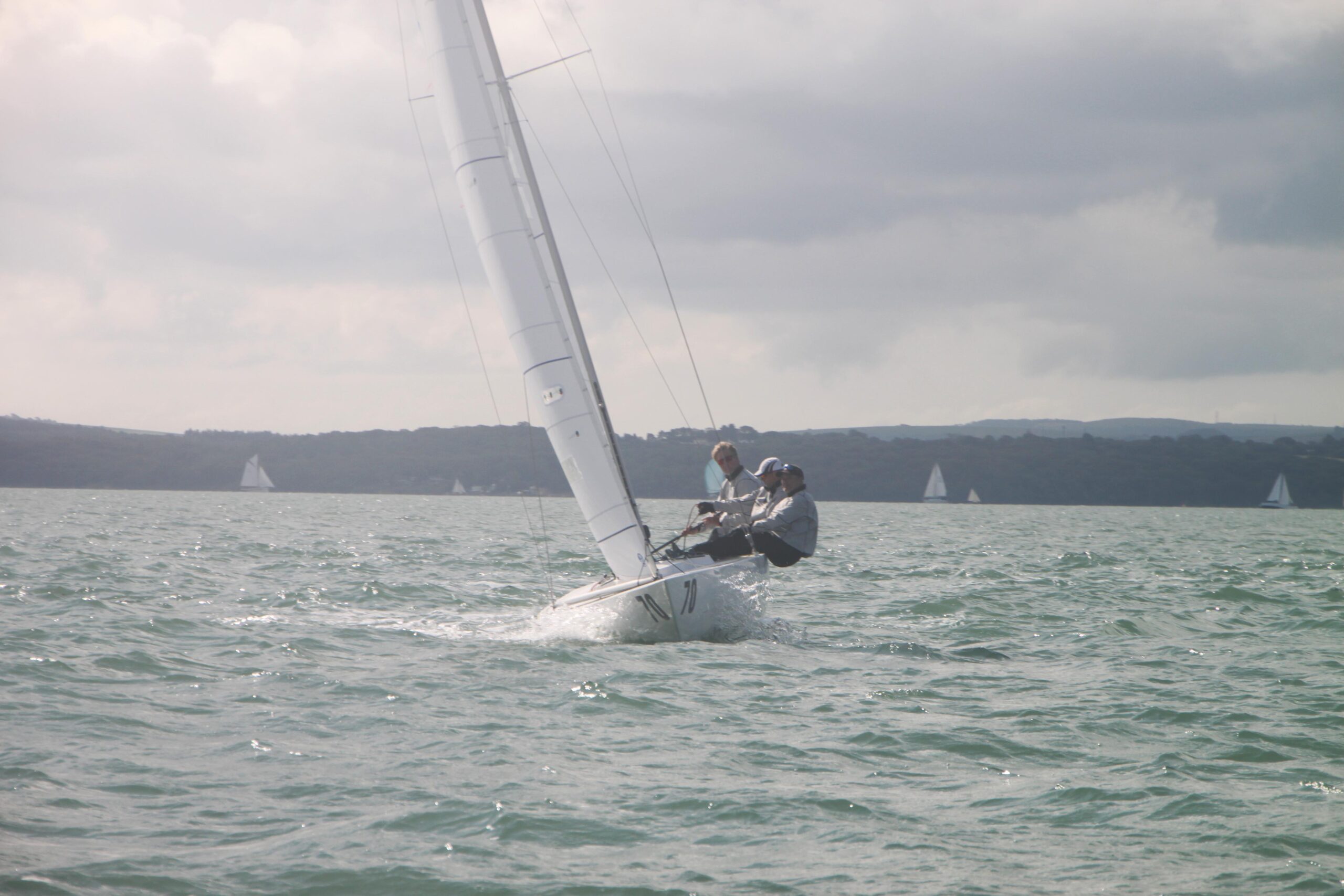 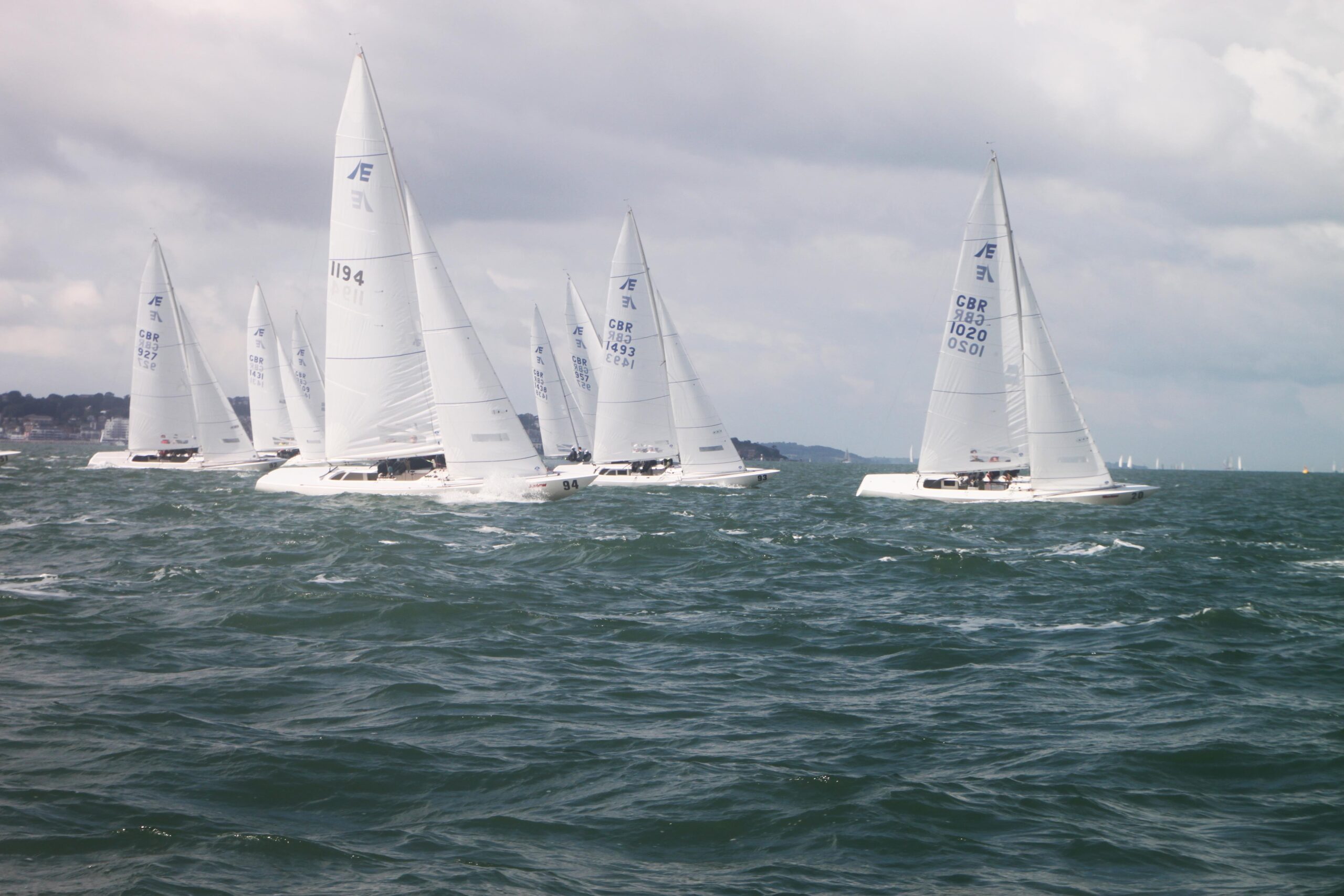 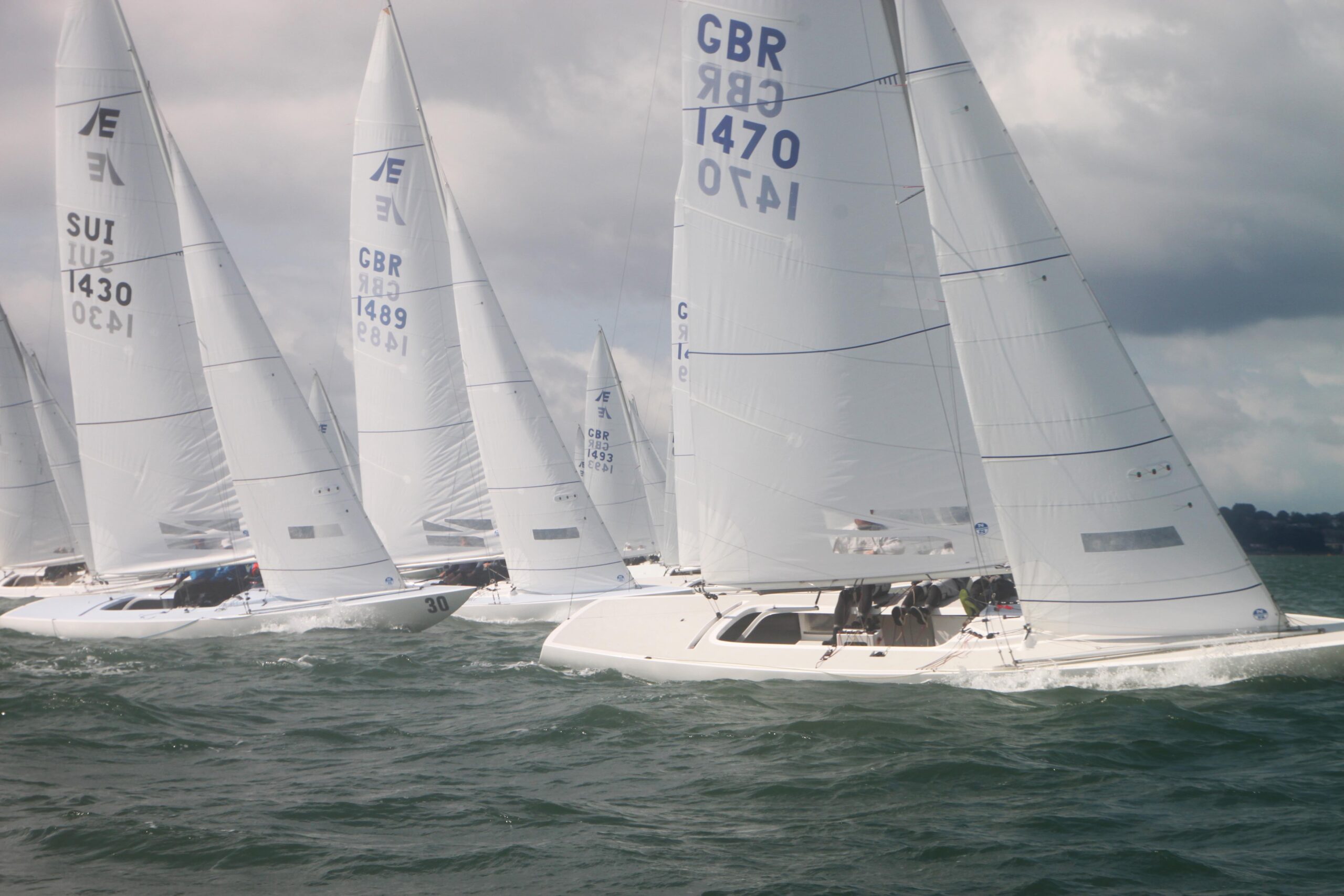 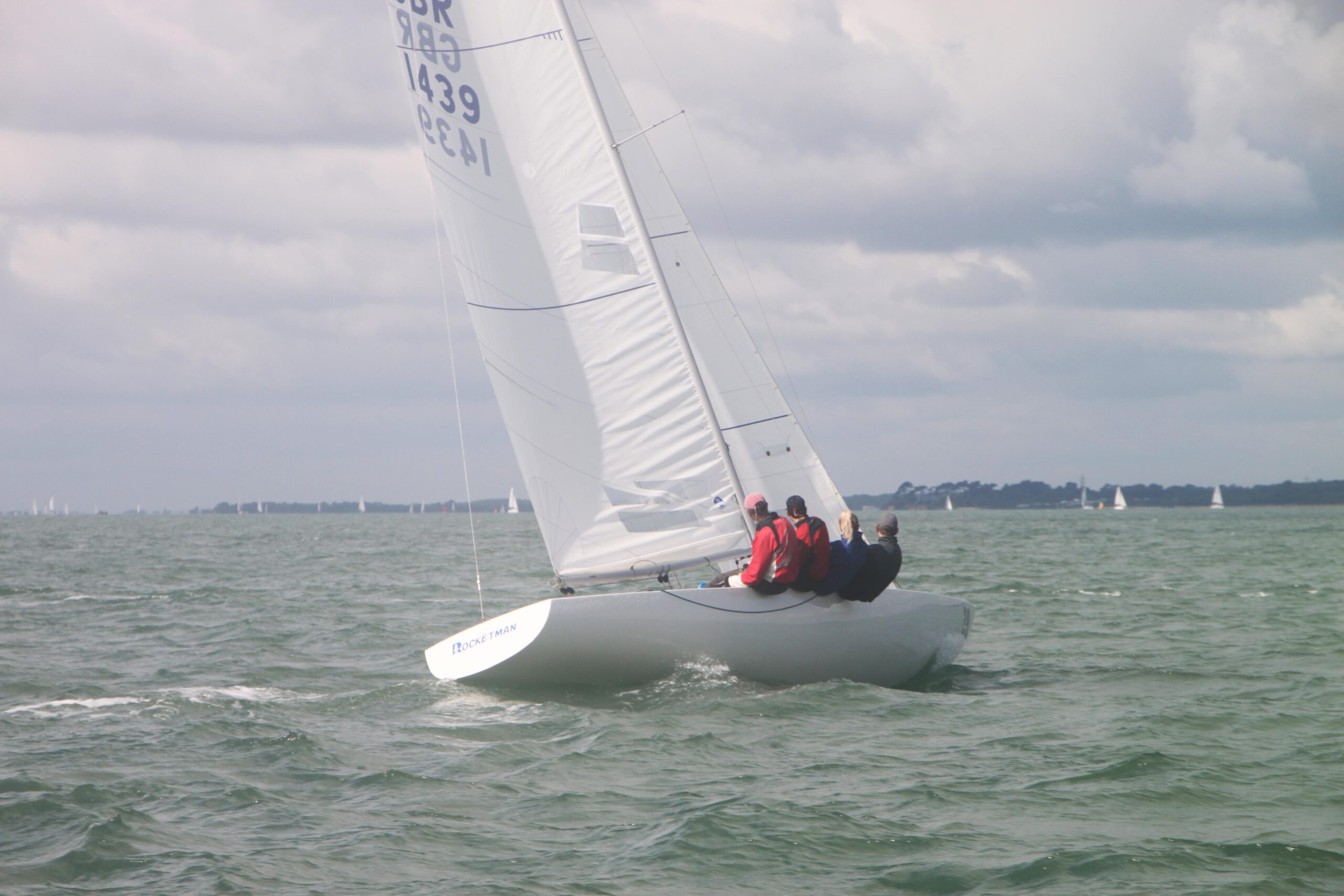 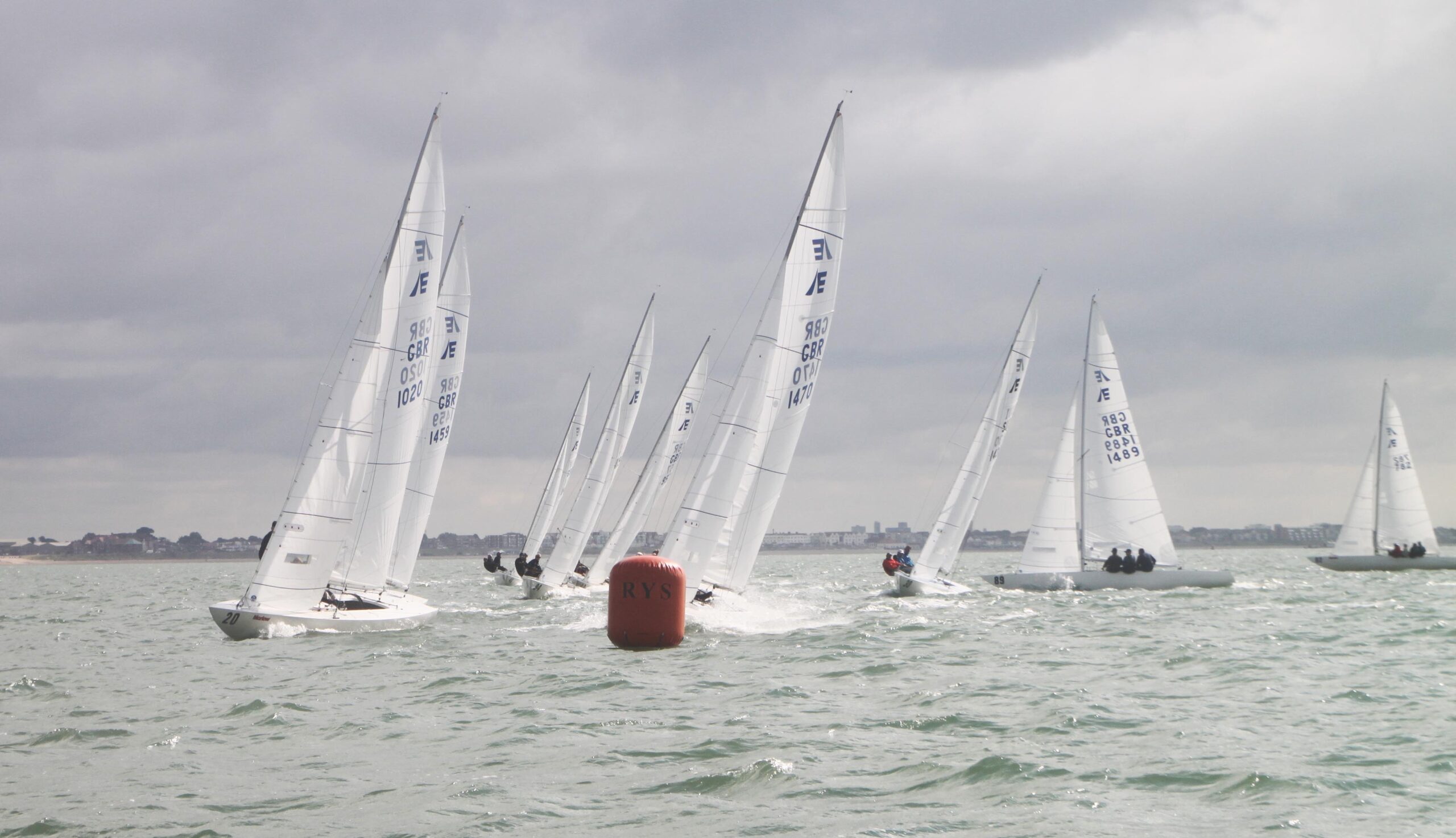 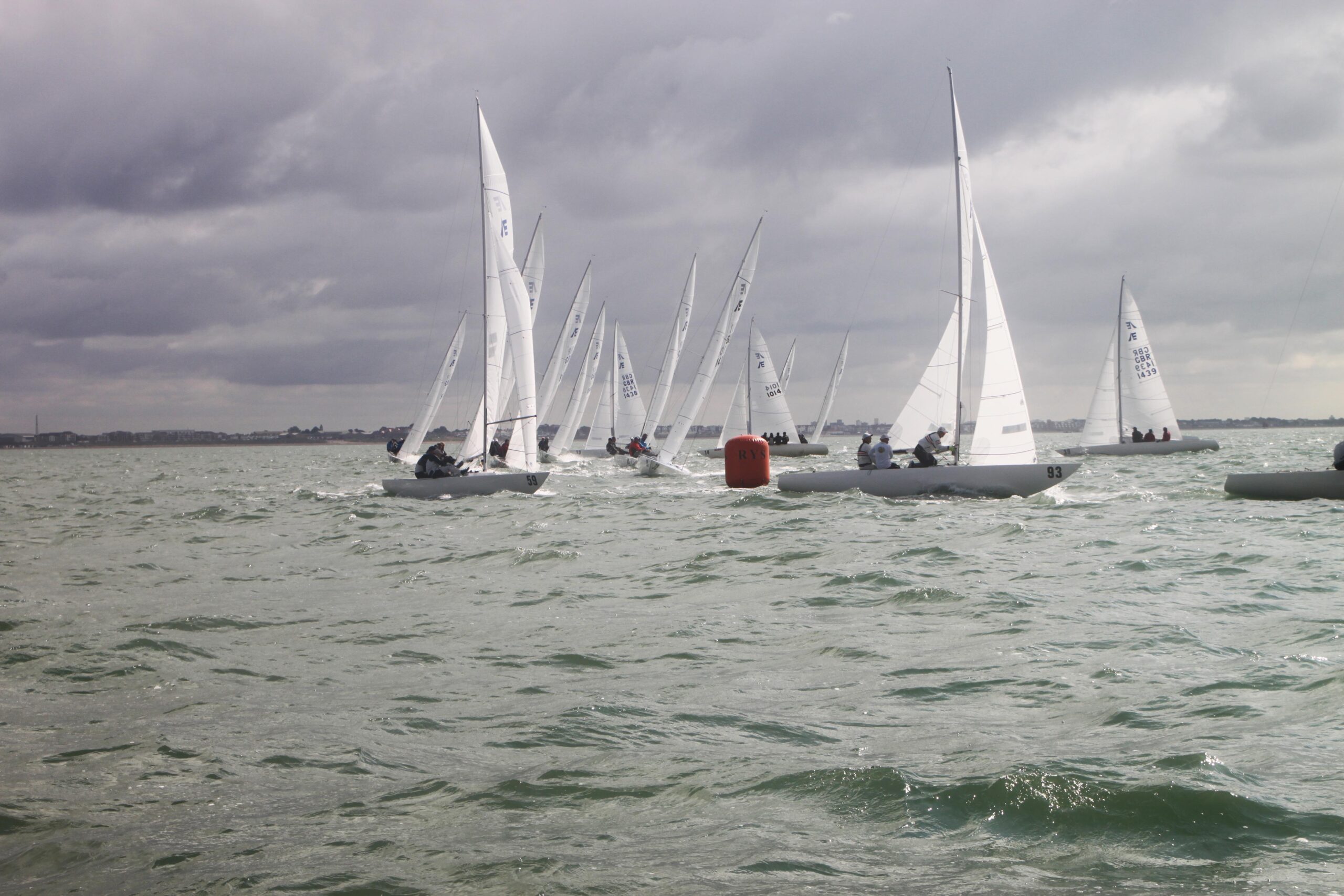 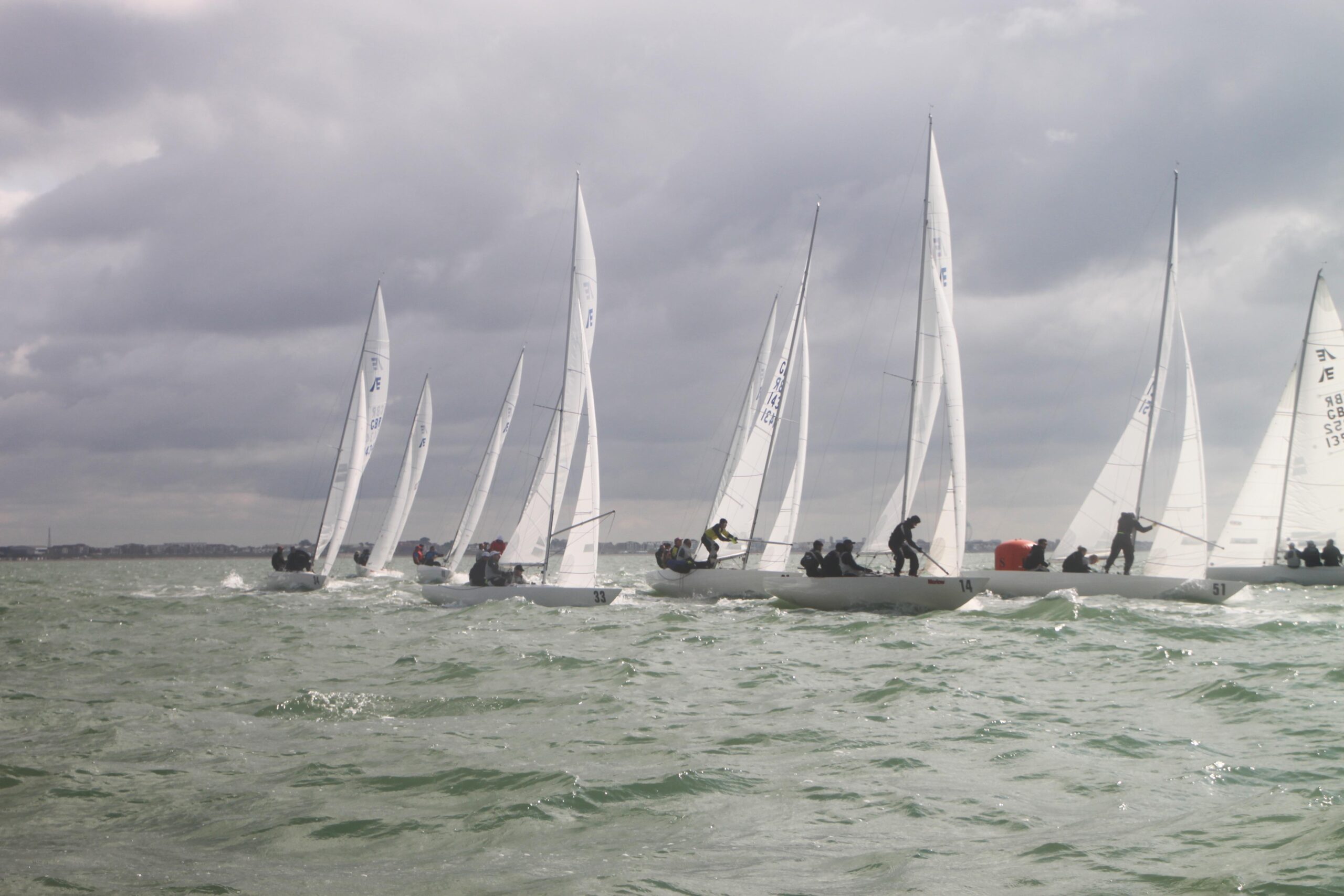 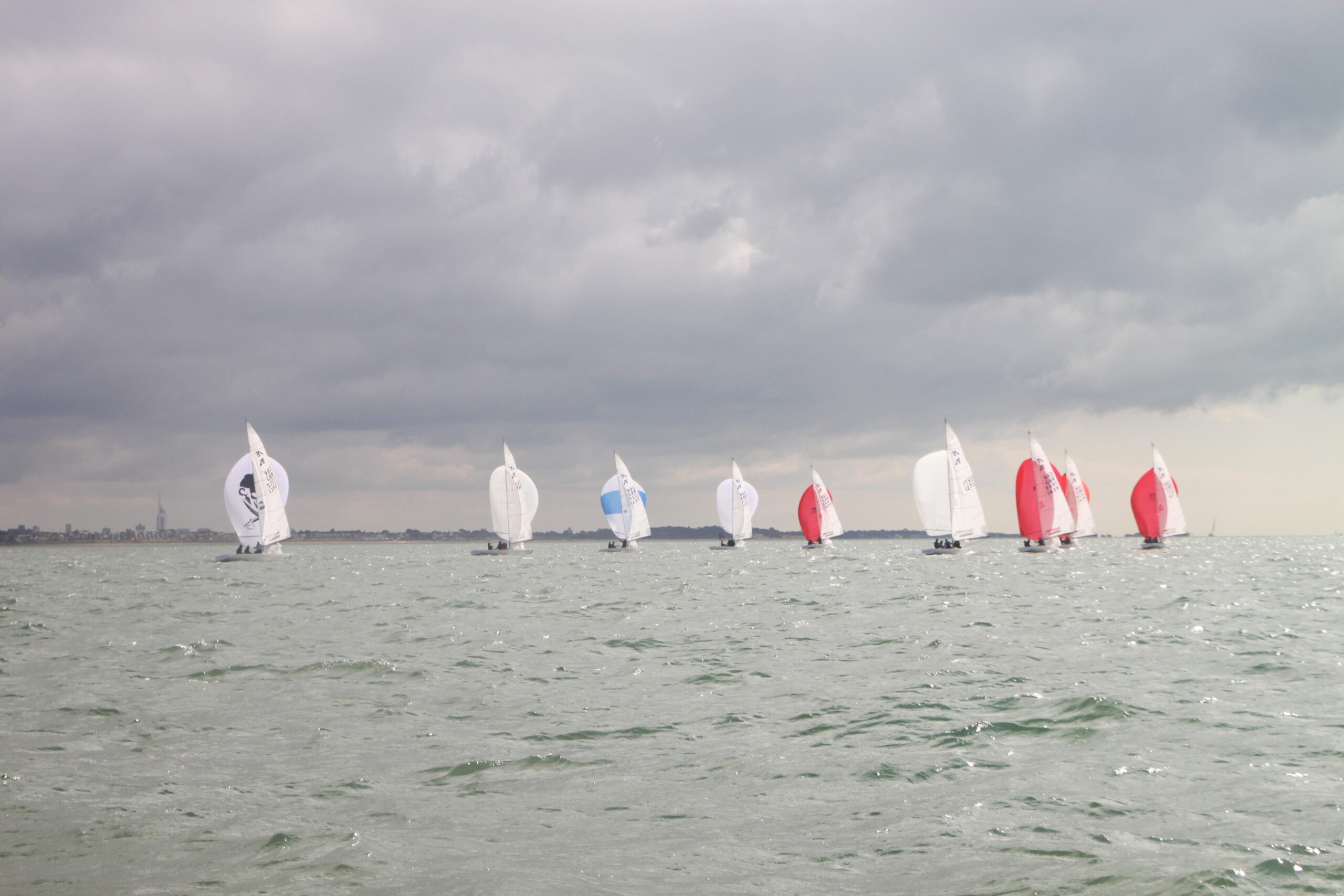 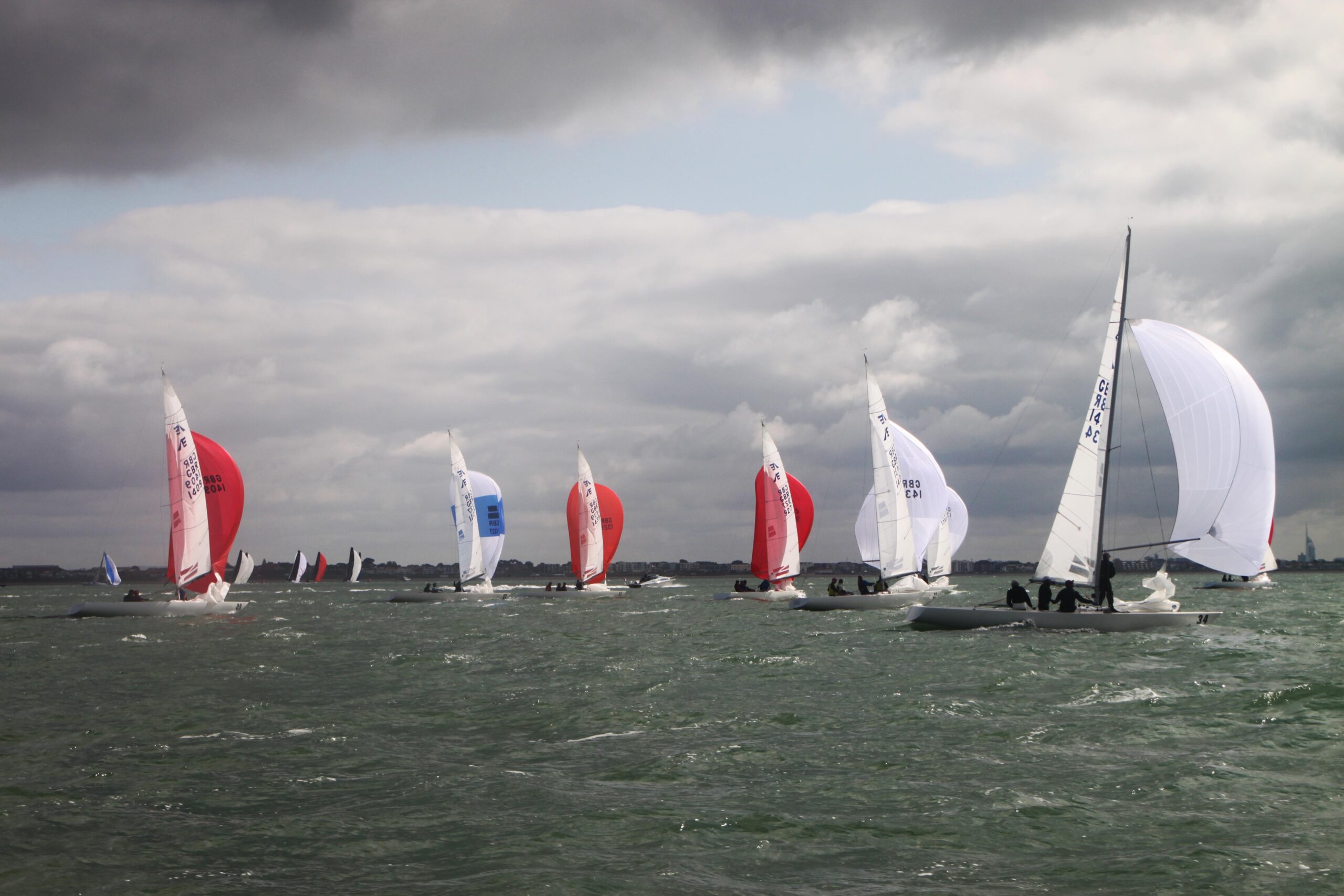 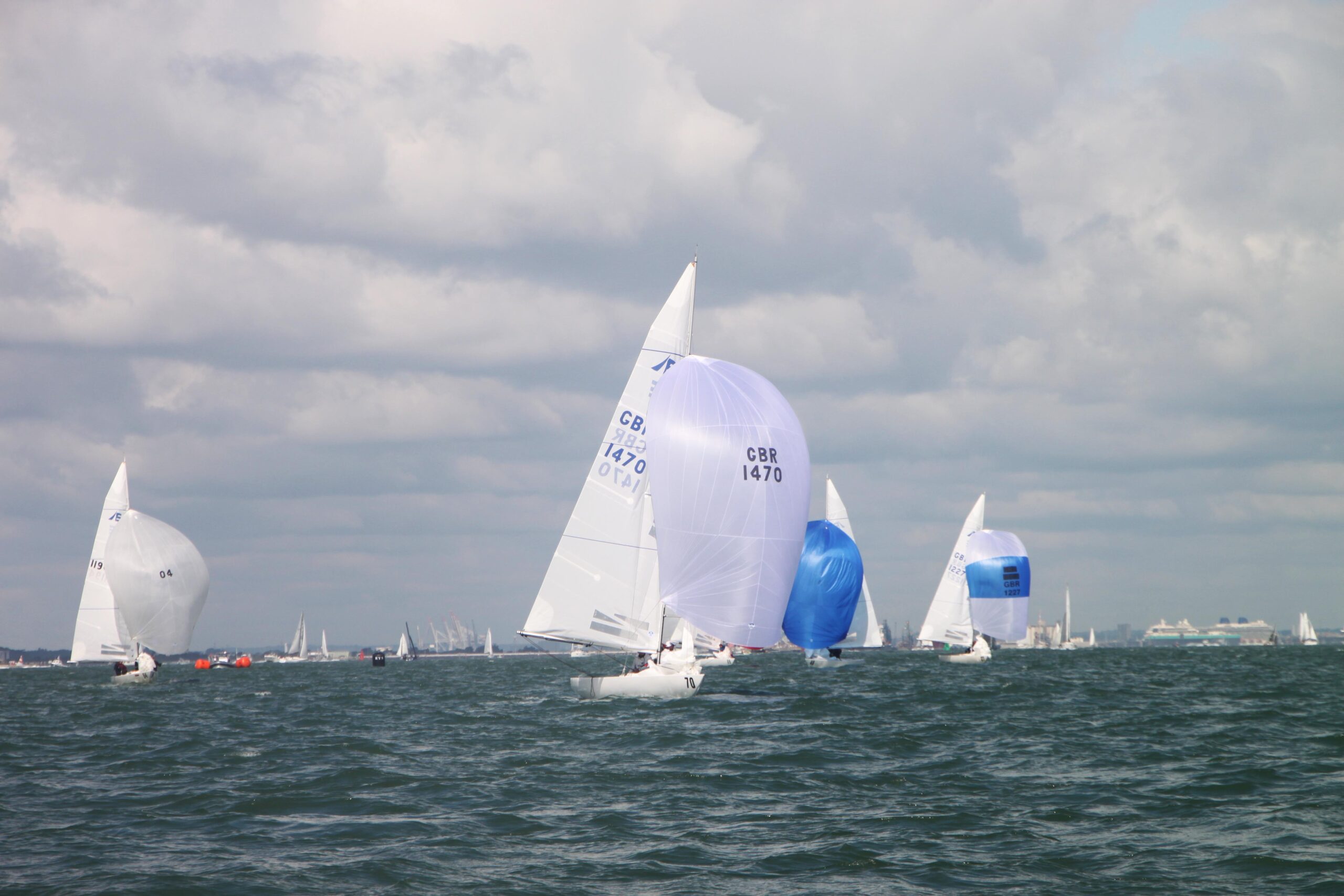 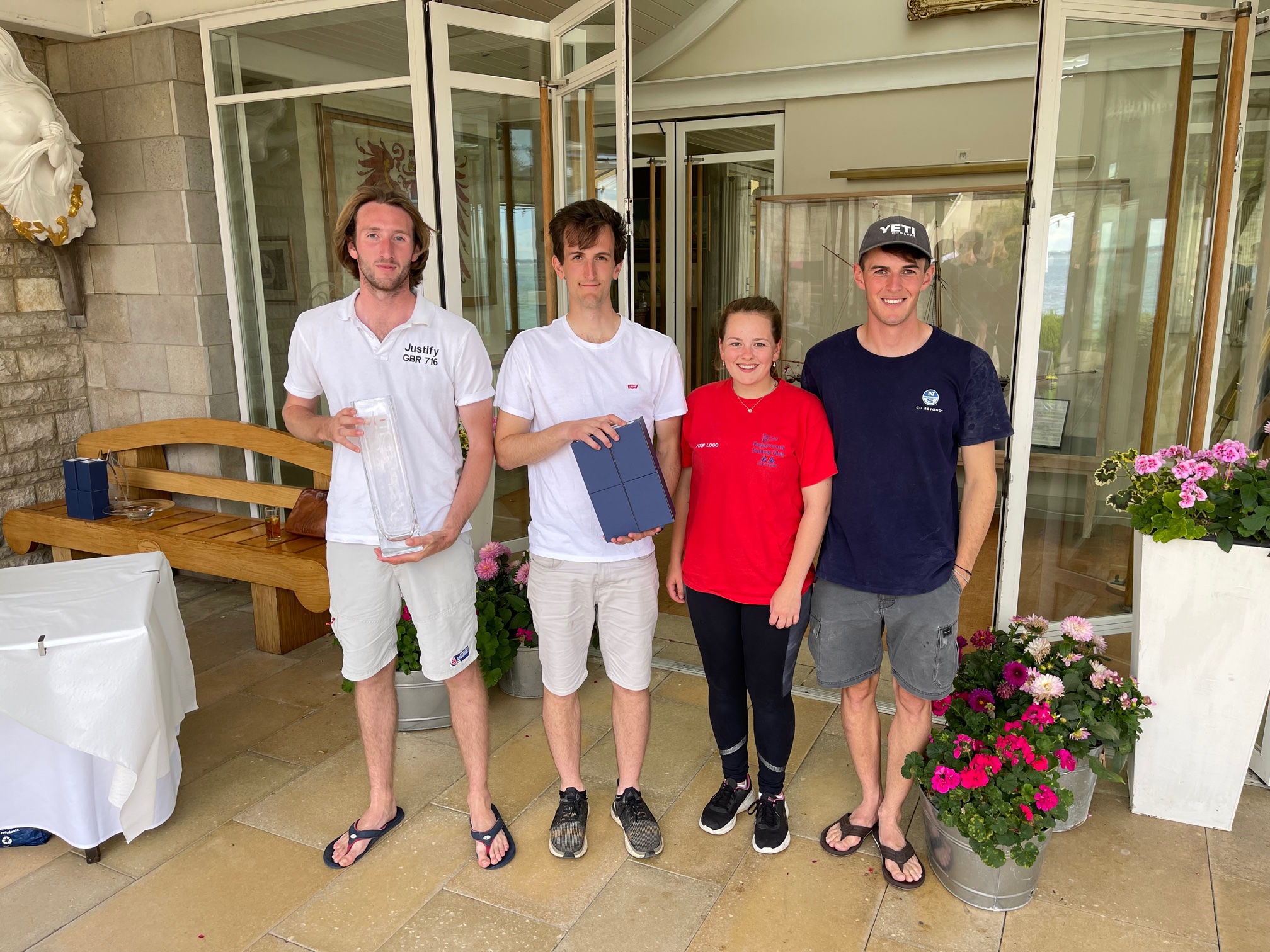 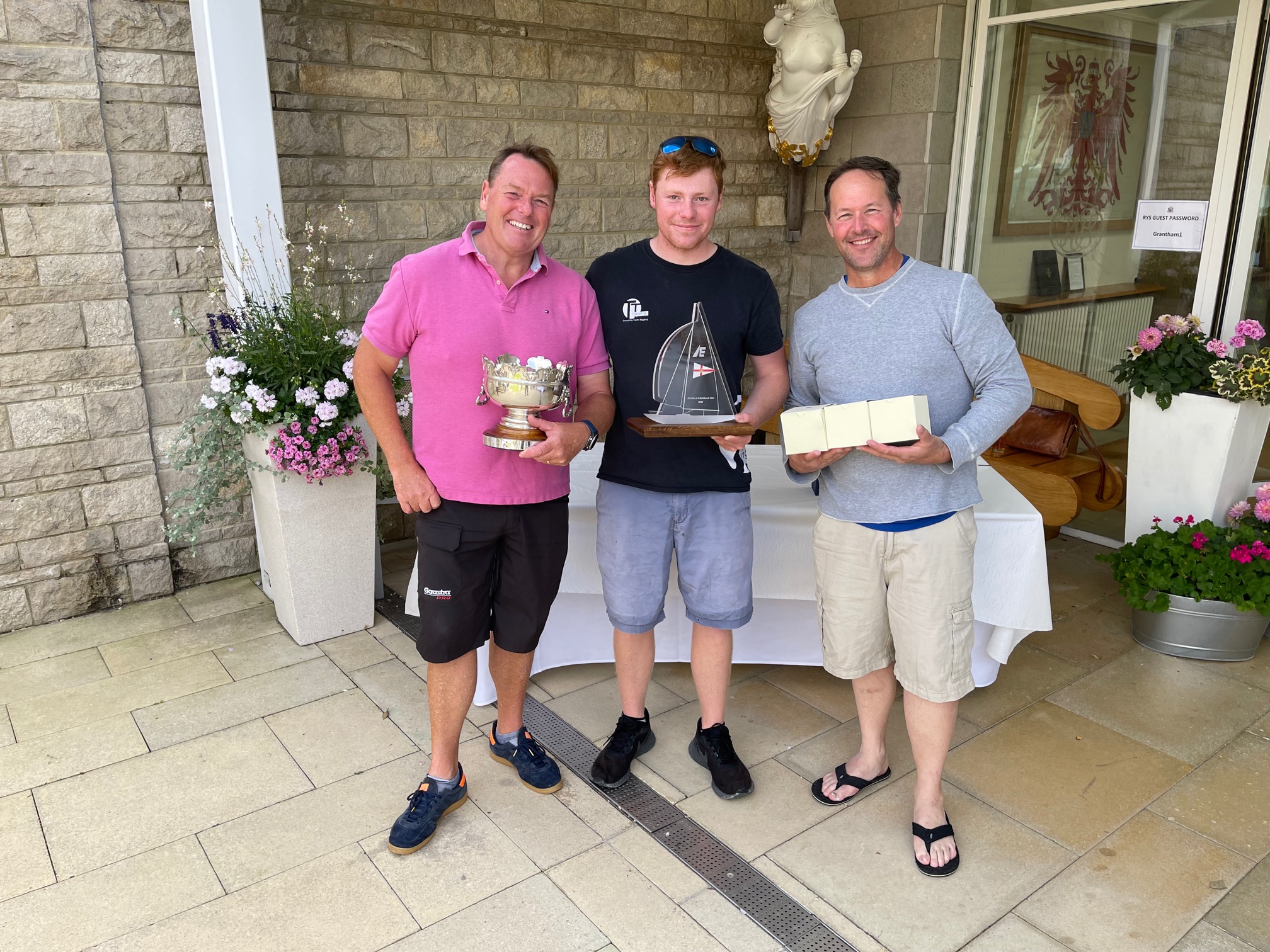