The 2021 Etchells Red Funnel Regatta was run by the Royal London Yacht Club in the Solent on the weekend of the 29th -30th May. 11 boats were entered, and the forecast was for light winds and sun.

As competitors arrived on Saturday morning, there was little wind, leading to the first race being delayed by an hour and a half, but good work from the Race Committee, led by PRO Peter Taylor, meant that three high quality races could be sailed in 6-8 knots from the South-East.

Ante Razmilovic on Swedish Blue started race 1 at the pin and went left to lead in to mark 1 with a lead that he never relinquished to take the bullet in race 1, closely followed by Strait Dealer, sailed by Graham Sunderland with a guest appearance from Lawrie Smith.

The wind was dropping for race 2, leading to a long first beat, but it was Audrey, sailed by Will Bedford, that played the shifts and tide the best to lead at the first mark. After a long downwind the length of the course was shortened for the second lap and Audrey kept the lead to take race 2.

With the wind back up again for race 3, Swedish Blue once again started at the pin and lead at the top mark and only extended their lead throughout to take another win and lead overnight. Thanks must go to the RLYC race committee for getting three races in in tricky conditions and staying on the water into the evening in order to get them in.

Sunday dawned with more sun and slightly more breeze, getting up to 10-12 knots in the afternoon, again from the South-East. Racing started on time at 11am and once again Swedish Blue started at the pin and led at mark 1 but this time Rob Goddard on Rocketman went right up the second beat to take advantage of the tide and pass Swedish Blue to take the win.

In race 5 it was Strait Dealer that managed to beat Swedish Blue to the pin and they used that good start to build a large lead by the first mark. The addition of a third lap almost caught a few of the fleet out but Strait Dealer had no problems converting their lead into a win in race 5.

Going into the final race, Razmilovic’s Swedish Blue led by one point from Strait Dealer with Audrey a further three back, meaning it was still all to play for. Audrey went right up the first beat and led at the top mark, closely followed by Swedish Blue, who then gybed later than Audrey and sailed around them to take the lead at the bottom gate but Audrey then sailed further right up the second beat then put a cover on Swedish Blue to lead at the second top mark, a lead which they converted into the win in the final race.

Thanks must go from all the competitors to the Royal London Yacht Club Race committee, led by Peter Taylor for running a full programme of six high quality races in some tricky conditions and strong tides.

New for this year in the Cowes Etchells fleet is tracking being used in all racing, for which thanks must go to Rob Goddard.

Tracking for all races can be found here: https://tacktracker.com/cloud/regattas/show/282089102?fbclid=IwAR0Ys6r_HFn14O4Flaz2F7HPCN6lB0tKEvGPQOGtseY7nu_Cqn5G_mmYdoM 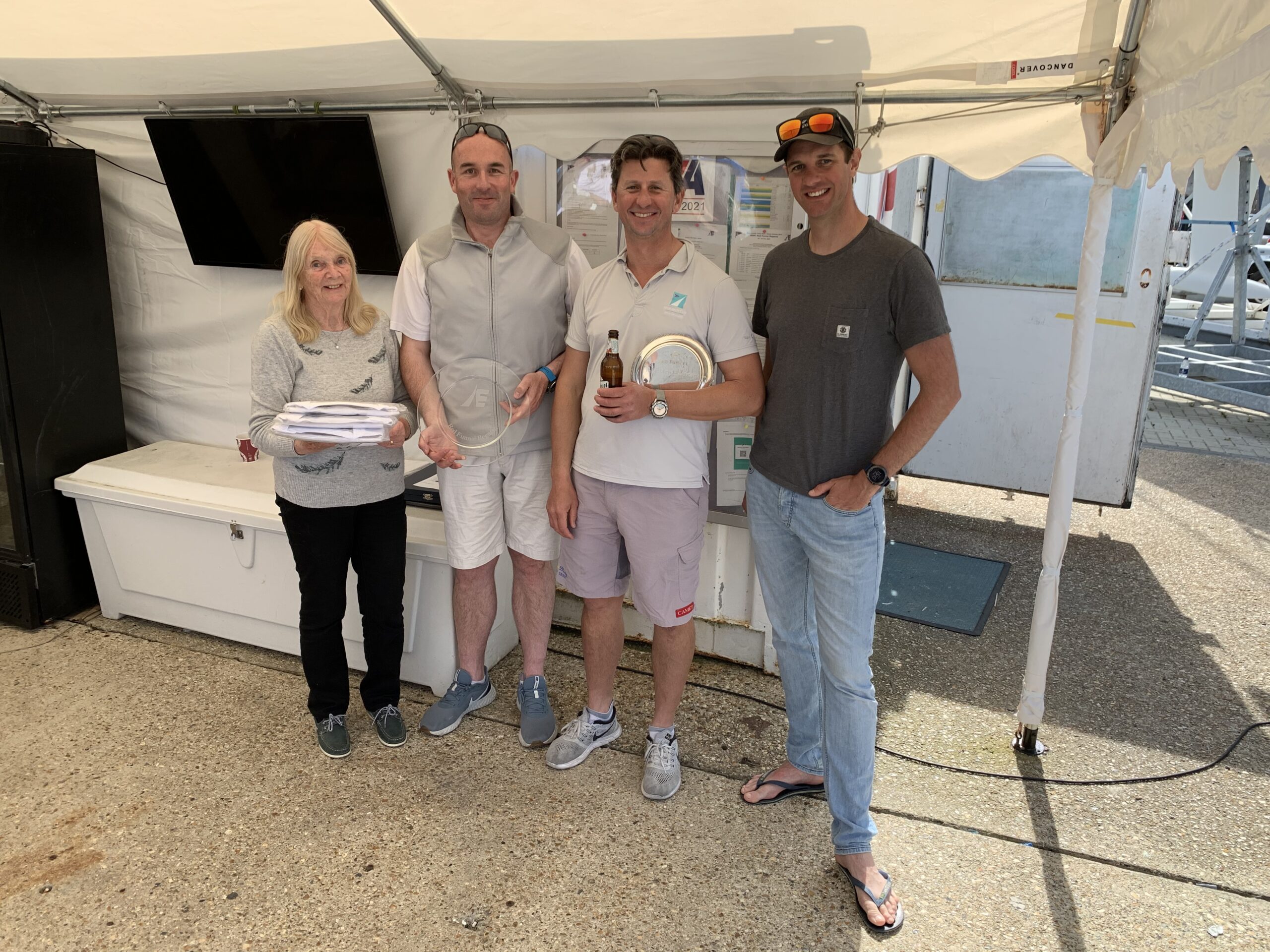 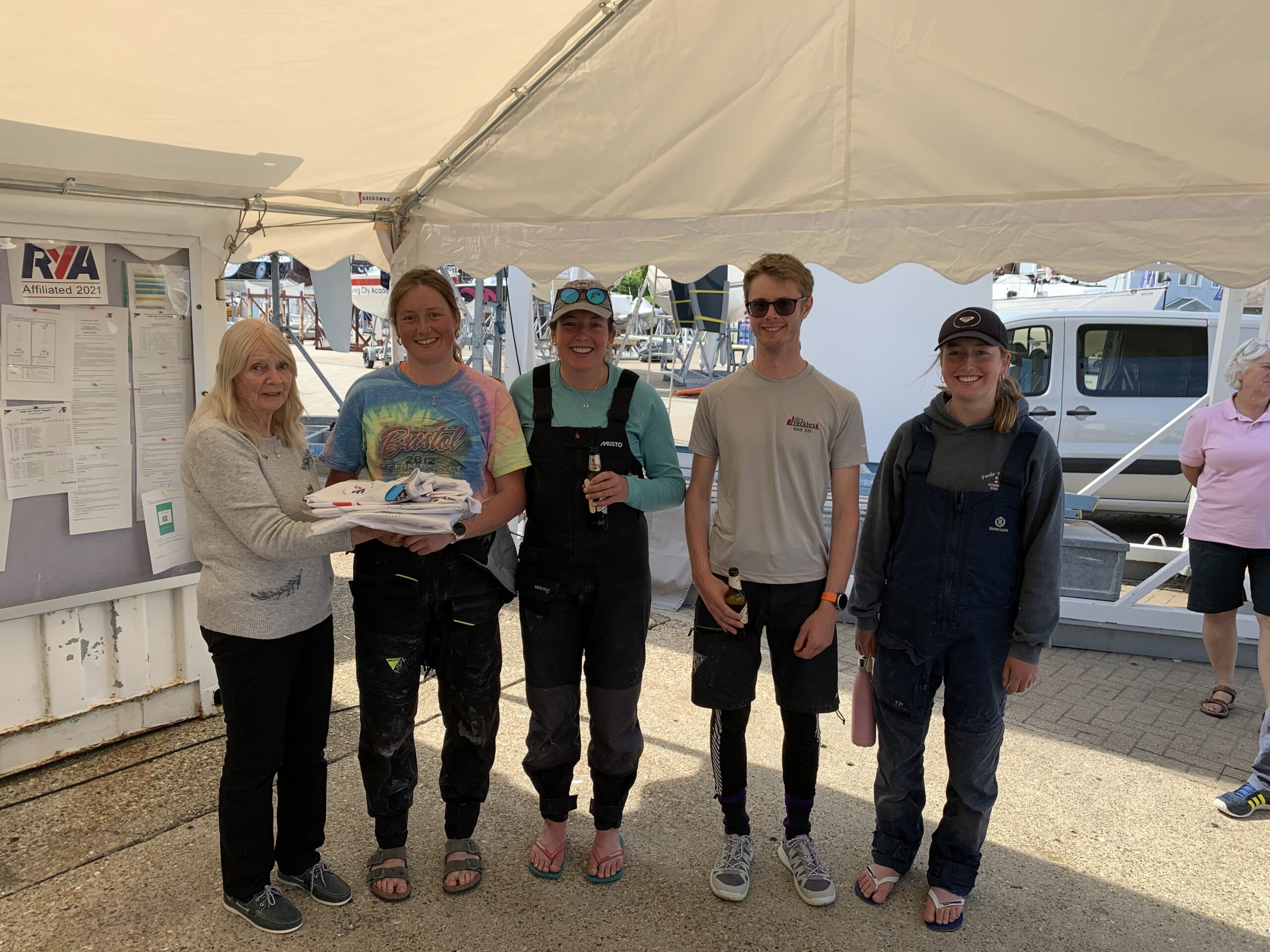