The first event of the Cowes Etchells fleet 2021 season was the Bedrock Trophy organised by the Royal Thames Yacht Club held over the weekend of the 17/18th April. All competitors were glad for the opportunity to go racing after months of lockdown and no sailing. A strong entry of 14 Etchells meant that there would be some stiff competition for the first event of the season.

Saturday morning dawned sunny but with no wind, meaning a long postponement held on shore until the sea breeze kicked in at about 4pm. Everyone was very grateful to the RTYC race team for giving up their Saturday evening in order for us to go racing. Once we were out there however, the conditions were champagne sailing: 10-15 knots from the SW.

The first race started in the westerly tide with everyone jockeying hard for position on the line before most of the fleet headed to the left side of the course to get the best of the tide. Ante Razmilovic on Swedish Blue managed to get the best of that side and held a nice lead that they only extended from there to take the win.

The wind shifted slightly left for the second race and the slacker tide was taken advantage of by current National Champion James Howells on Gelert with more excitement further down the fleet as five boats all tried to squeeze through a narrow finish line at the same time resulting in some very close racing.

The light was starting to fade as the third race got underway with the breeze starting to drop slightly and tide beginning to turn but once again Swedish Blue lead the way, scoring their second bullet of the day as the fleet headed home after a great evening of racing in the best conditions of the day.

Sunday was once again sunny and light with another postponement on shore being put up by the RTYC race committee however with a 2:30pm cut-off time there was no opportunity for the sea breeze to build so there was no change to the overnight standings and Ante Razmilovic’s Swedish Blue crewed by Brian Hammersley and James Downer was the winner of the Bedrock Trophy 2021 and also first Corinthian team.

All competitors were grateful to the race team for doing a great job with challenging conditions and are looking forward to the next Cowes Etchells event, the Sir Kenneth Preston Trophy on the 1st-3rd May. 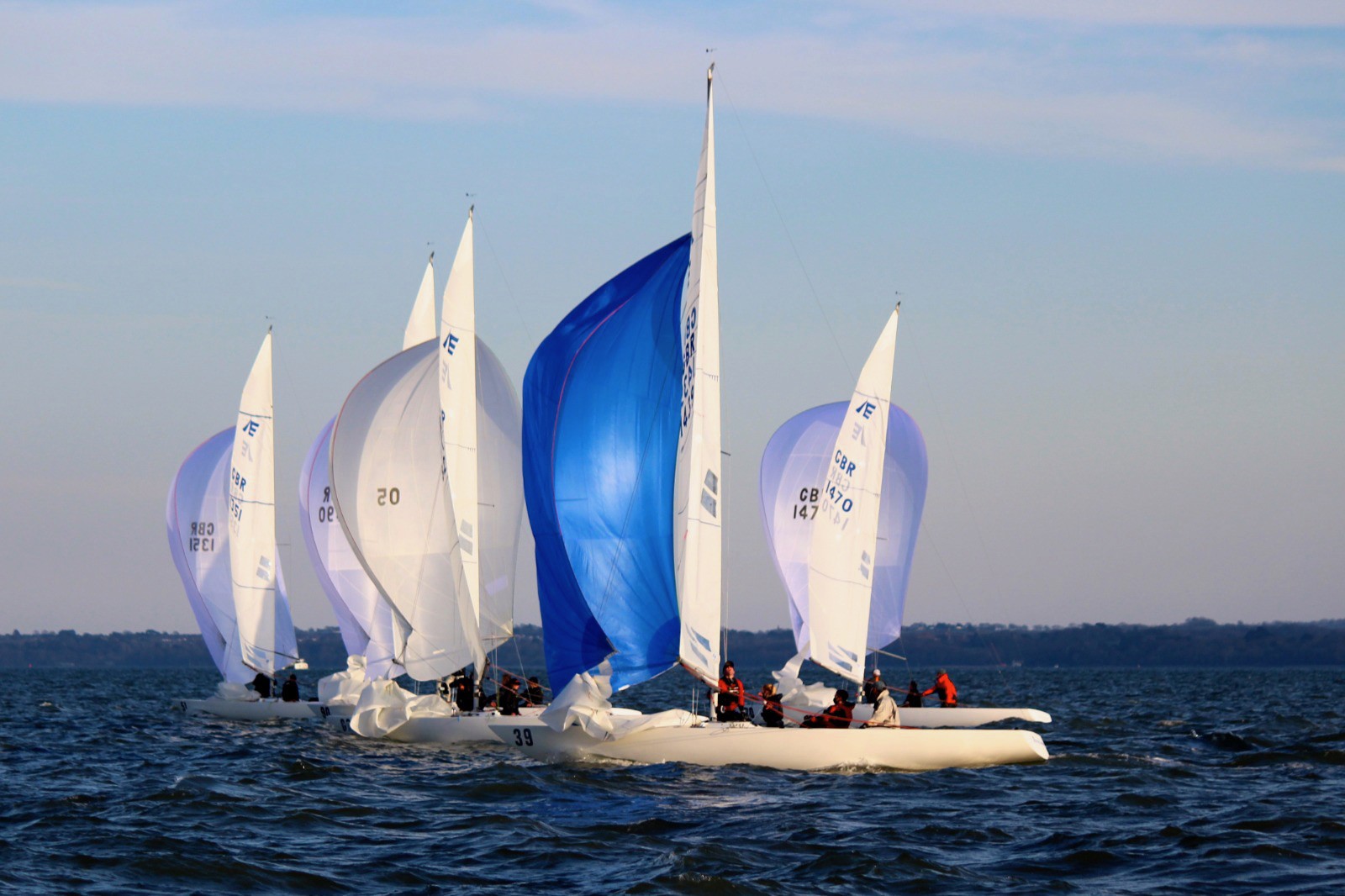 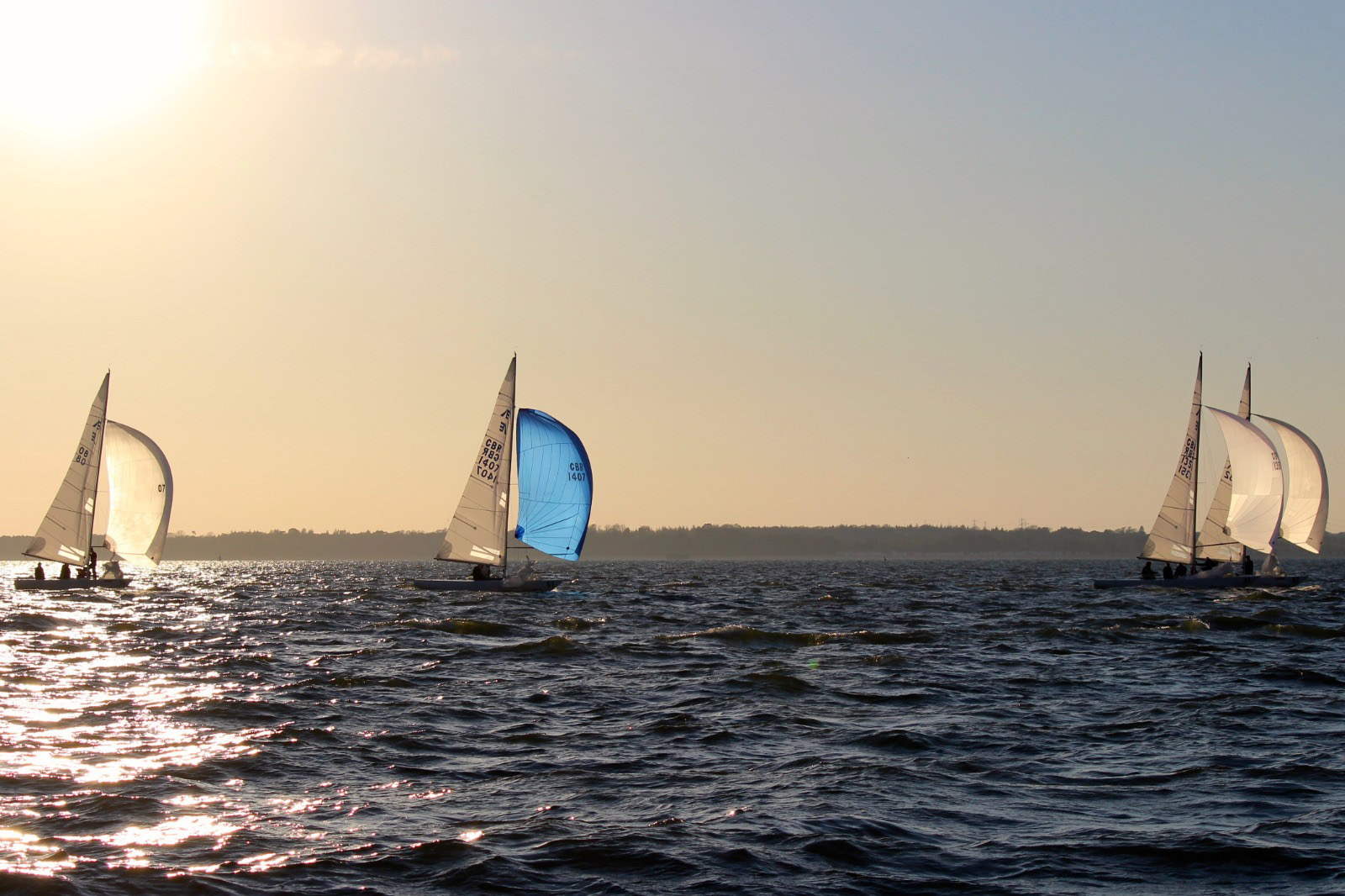 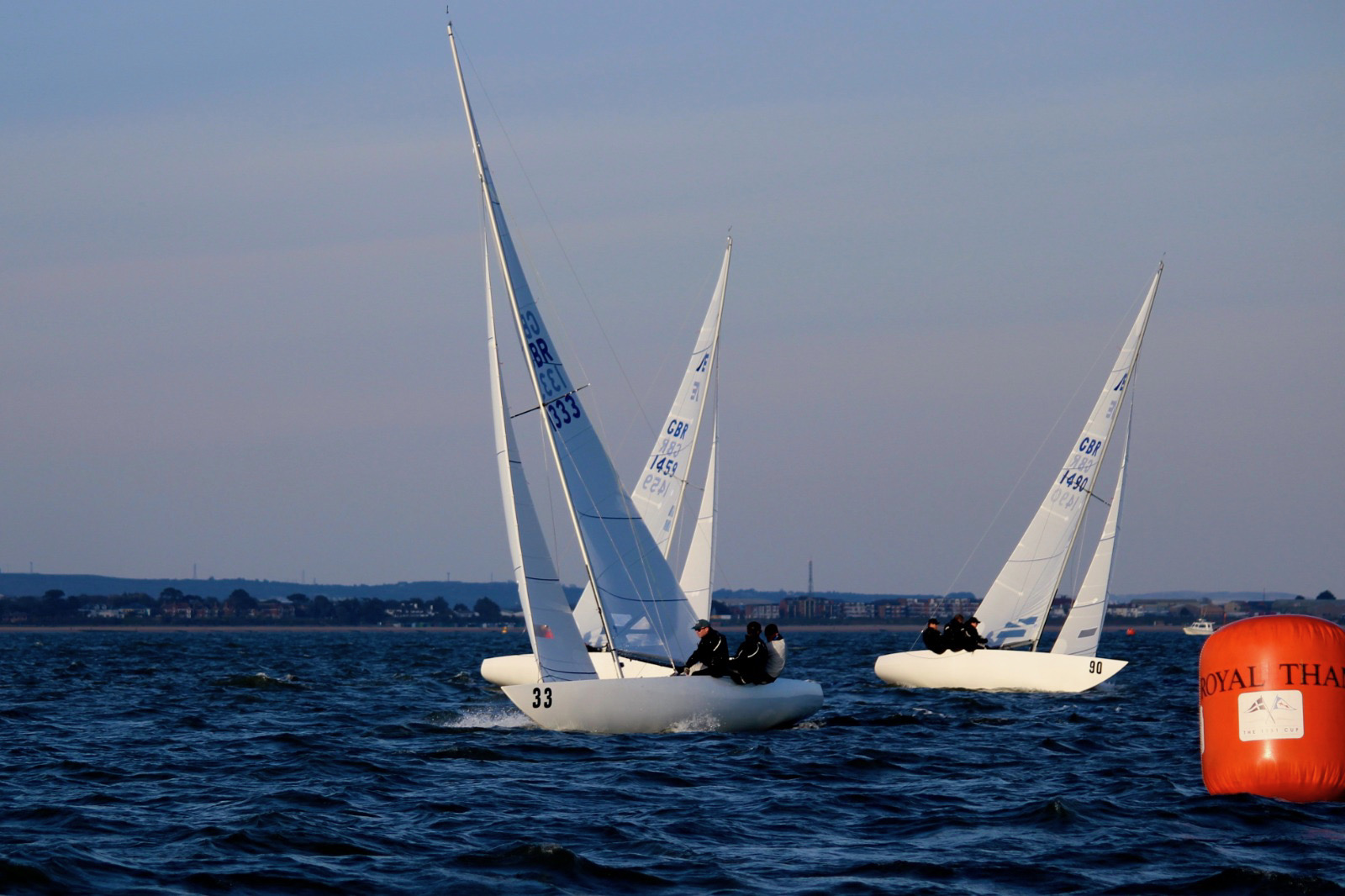 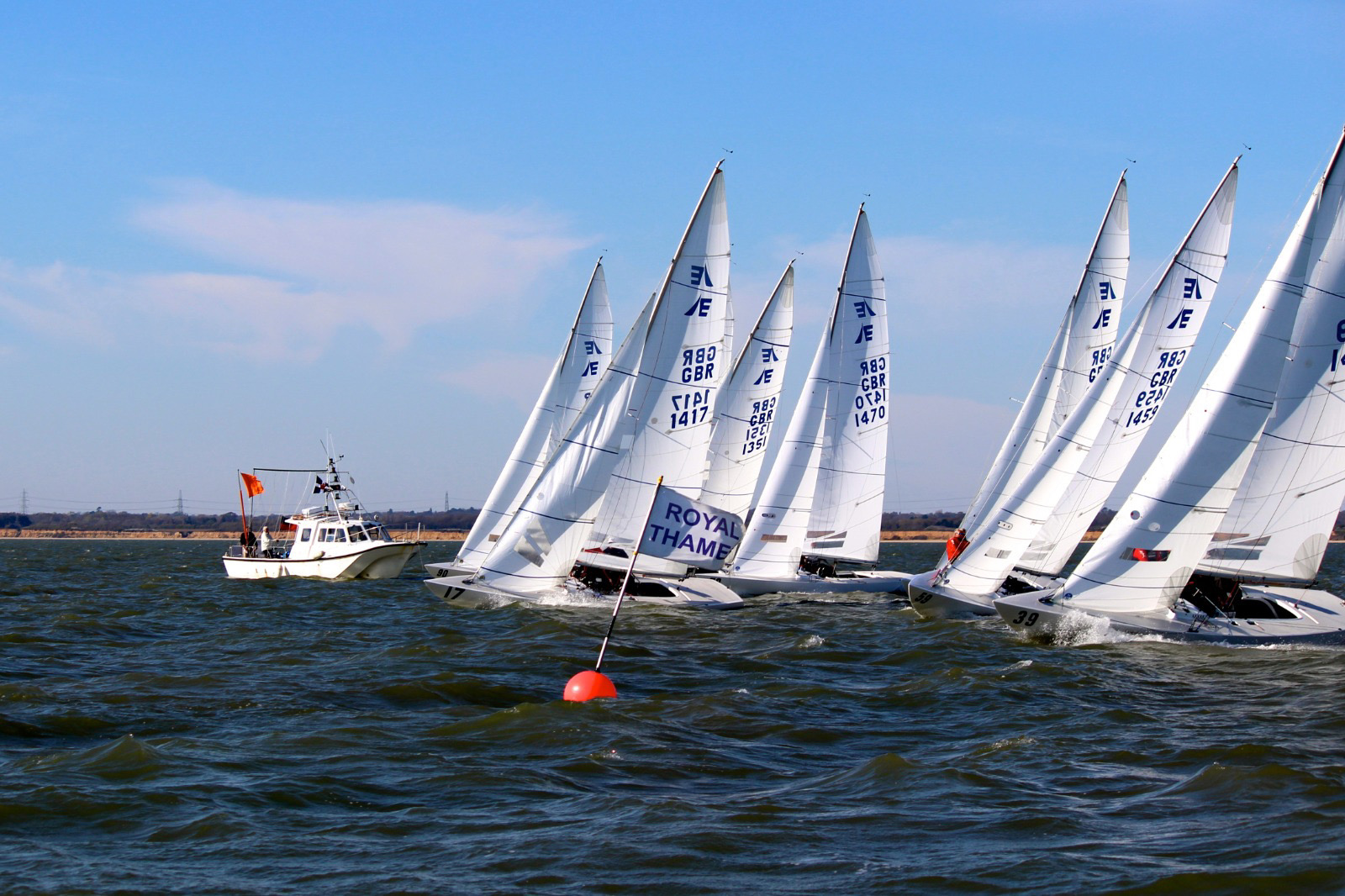 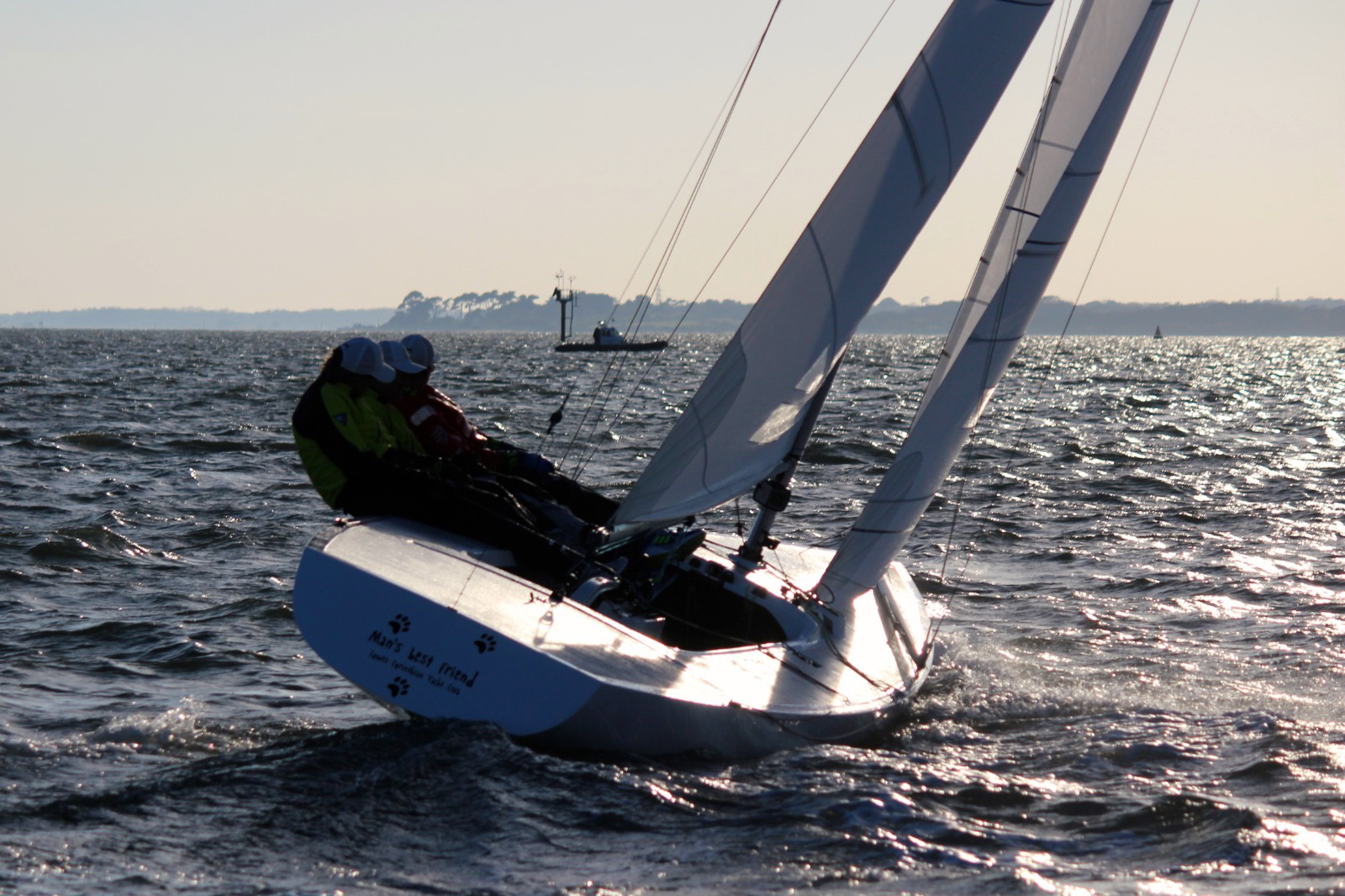 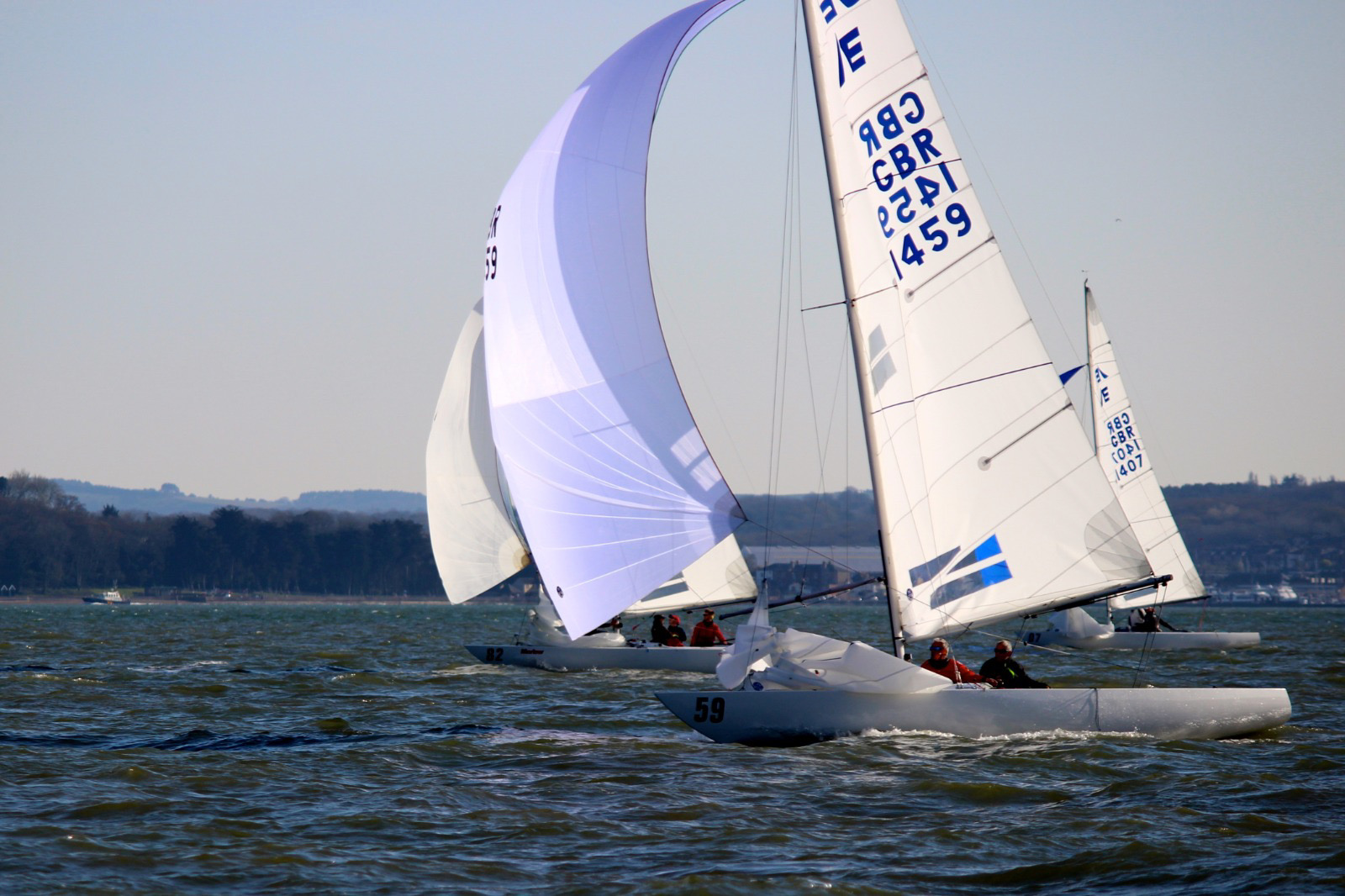 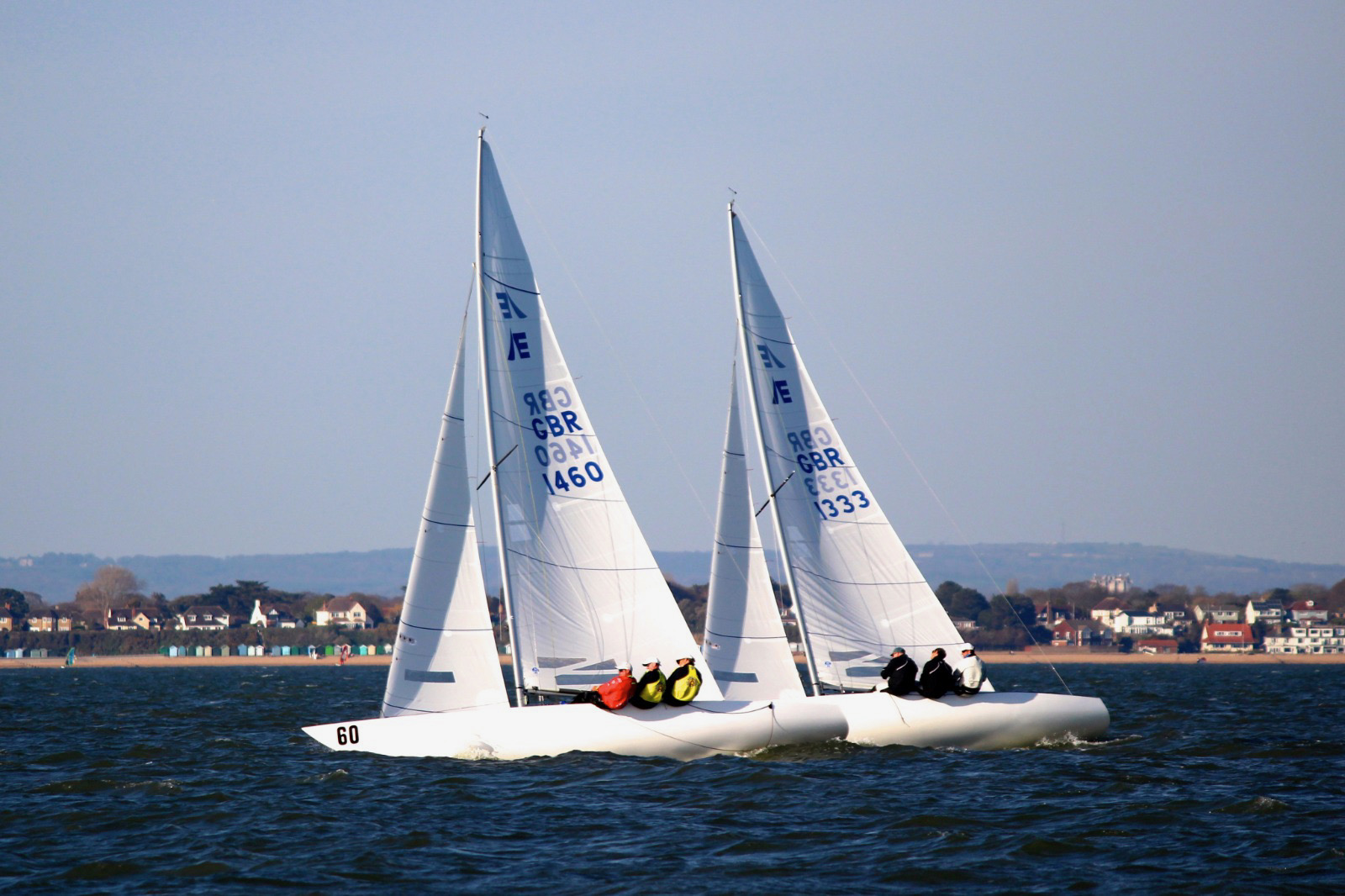 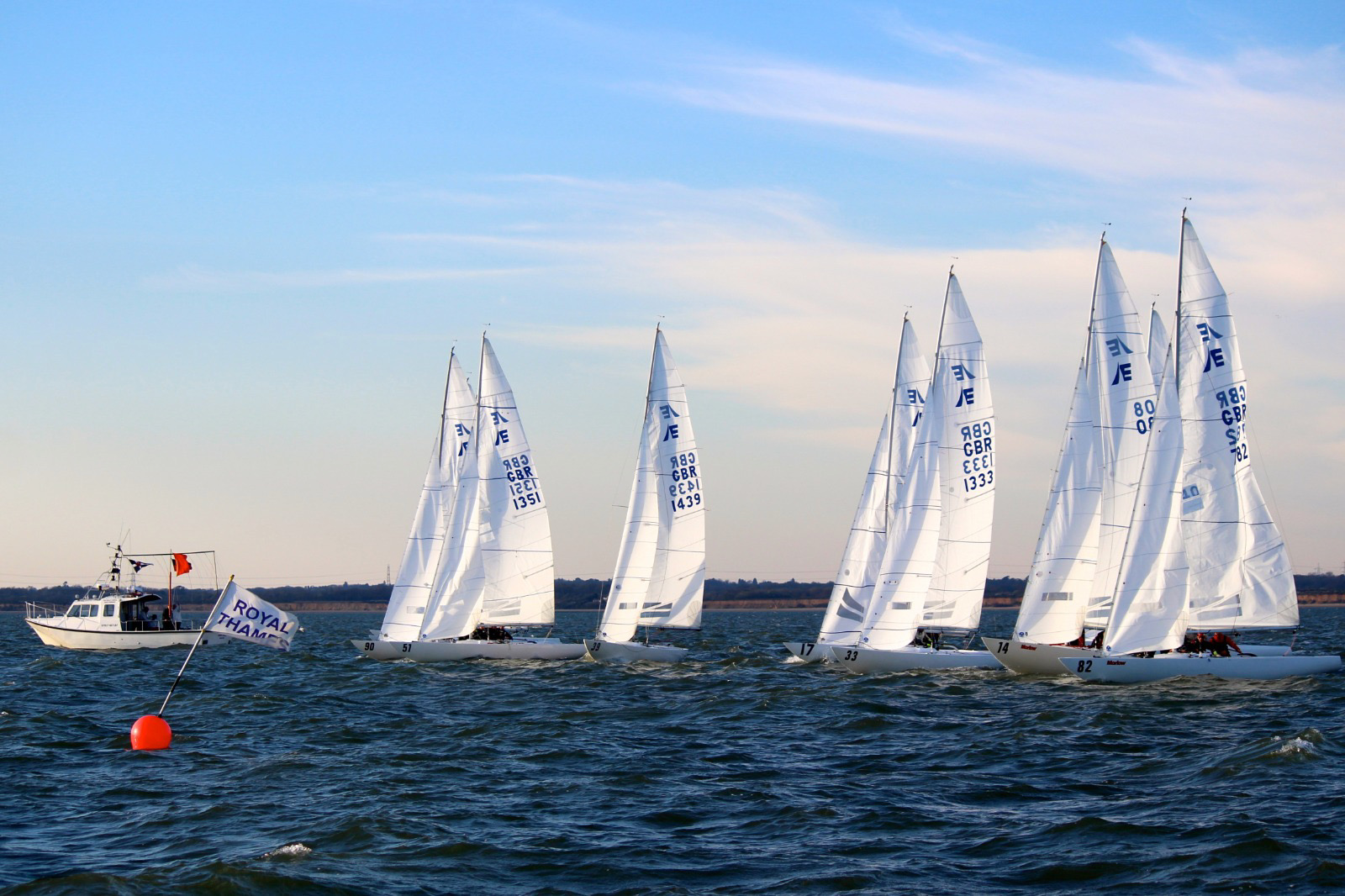 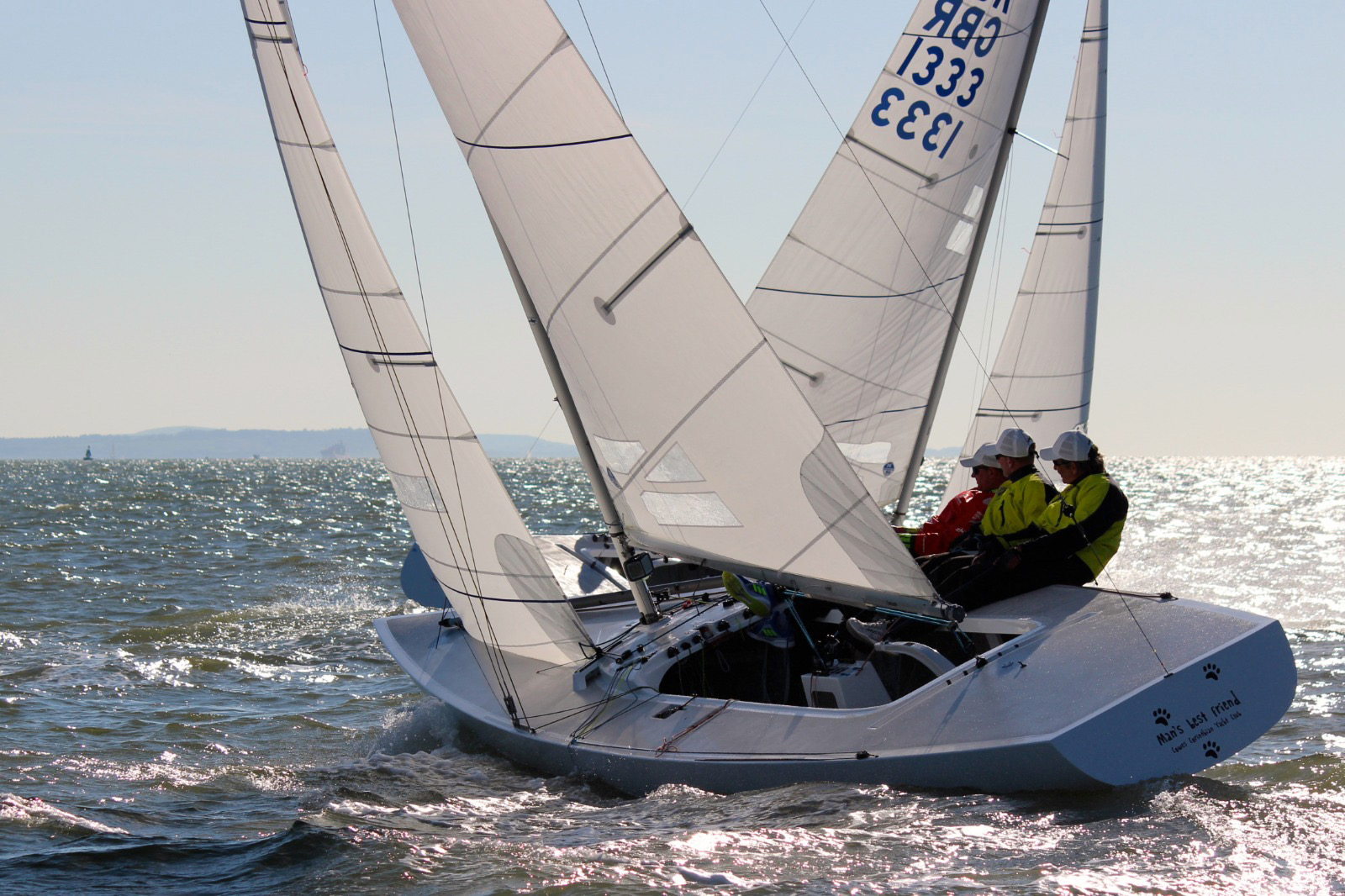 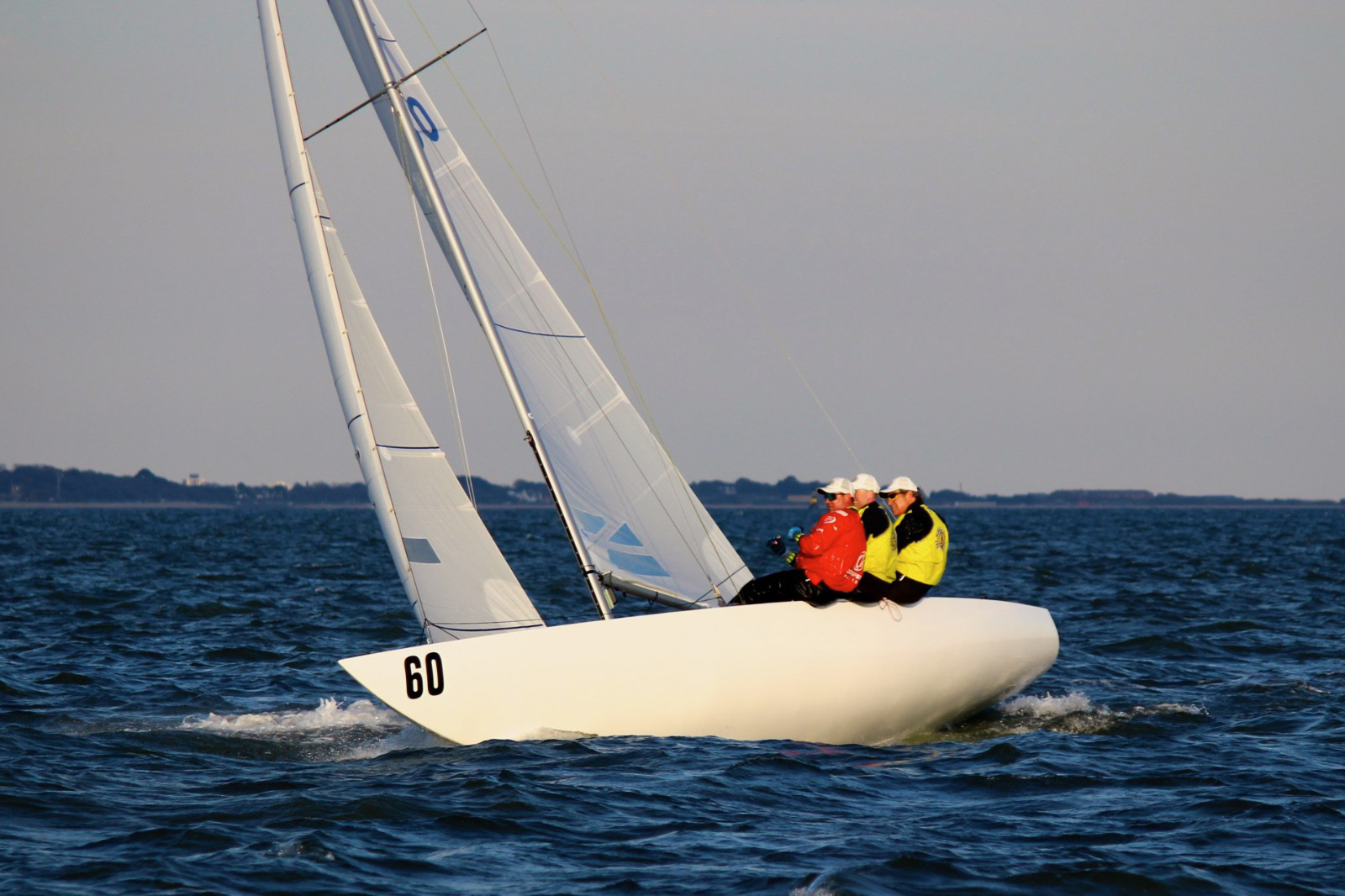