North Star rises in the Solent… by Rob Goddard

With an ever-changing weather forecast, by Thursday the weekend’s racing looked unlikely with the high wind forecast. By Saturday morning, the forecast had changed to little or no wind, and when the fleet was finally allowed out of port at 11 am, the 3 knots breeze slowly built to a 6 kt SW allowing race 1 to get underway.

After a great start David Franks’ Strait Dealer led convincingly for the first two legs, but on the final upwind leg an inconsistent breeze meant it was all change as the middle of the fleet sailed round the leaders. It was two times Etchells World Champion, Stuart Childerley, racing his new Heritage-built Polaris for the first time, who took the lead to win in his first race helming an Etchells for years, just like old times.

Race 2 saw the fleet divide. Childerley started at the pin and headed hard left and arrived almost simultaneously with Robby Boyd sailing Sumo at the top mark,  At the bottom gate, it was Sumo ahead but unfortunately a  late kite drop and a stuck halyard meant Sumo had a slow rounding, and Polaris, keen to capitalise on the mistake, tried tacking closely through Sumo’s dirty air, clipping  Sumo stern. Polaris swiftly took her penalty, then, played the wind shifts up the middle of the track to lead at the top mark, gaining another first place.

Race 3 saw Polaris and Jake Hardiman’s Pulse foul start, allowing Franks his second chance to lead around the course in the slowly building breeze now reaching 9 knots. Playing two shifts on the first beat, Franks led at the top mark from Jon Warwick’s Audrey. Unfortunately, a quick gybe set from Audrey didn’t work, enabling Strait Dealer to extend on the run and this time they had a lead that they wouldn’t give up

Race 4 Polaris was back in full stride, winning the pin and sailing hard left to lead at the top mark, while with a now slack forestay and hiking hard Pulse were in third and, despite the fleet trying to sail over them, that third place was hers and she defended it determinedly to the end.

With no racing predicted for Sunday, the competitors wanted a 5th race on Saturday, but unfortunately the sailing instructions precluded it. All crews were pleased that PRO Phil Hagan and his team managed to put on four great races in what could have been a cancelled day, leaving Stuart Childerley sailing with his son Ben and former Etchells World champion winner Roger Marino on Polaris GBR 1487 to win the regatta from Strait Dealer sailed by David Franks, Graham Sunderland, Vita Heathcote and Ryan Orr. Shaun Frohlich’s Exabyte with Dave Bedford and Duncan Truswell came third, while in fourth overall, and first Corinthian. was Audrey sailed by Jon Warwick, Will Bedford (helm), Hannah Hunt and Fraser Woodley. 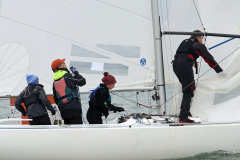 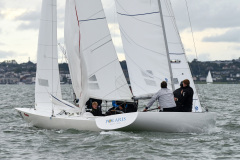 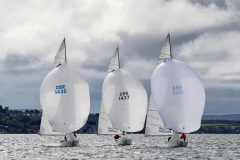 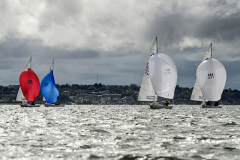 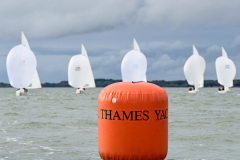 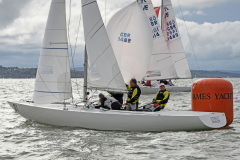 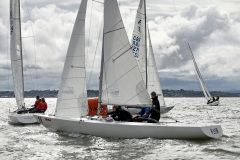 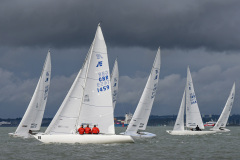 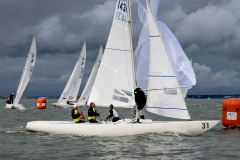 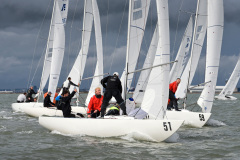 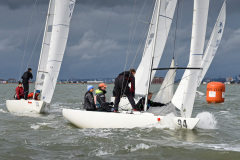 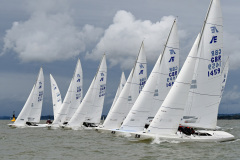 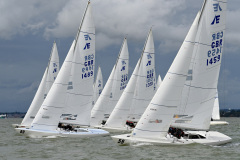 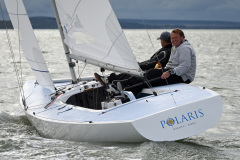 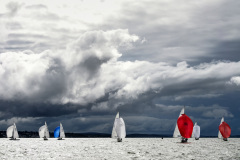 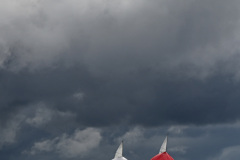 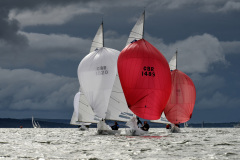 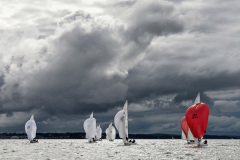 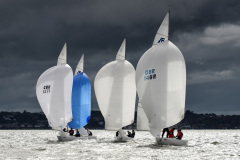 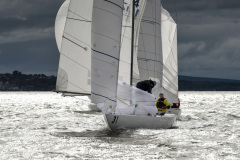