The Etchells British Open and National Champion for 2019 is Jolly Roger sailed by Tom Abery, Bruno van Dyke, Matt Reid, Dom Mortimer and Quentin bes Green. The 2019 Corinthian National Champion is Audrey sailed by Jon Warwick, Will Bedford, Adele Young and Will Heritage, who have all come through the Cowes Etchells Youth Programme. The first youth team at the championship was the Royal Dart YC team of Miles Jones, Fraser Woodley and James Homes.

“Racing in the Cowes Etchells fleet is pretty tough and very challenging. We never thought we would win it until we crossed the line in the last race. Thank you to all of the teams and see you next year!” commented Tom Abery. “That was a big weight of our shoulders, we have been trying to win this for nine years.” commented helm Bruno van Dyke. “Sometimes thing just go your way – the stars aligned.”

On the first day (Friday 01 November) the fleet sailed in 15-20 knots of breeze from the southwest, with gusty conditions testing boat handling skills. After three races Ante Razmilovic’s Swedish Blue was a point ahead of Strait Dealer, helmed by Graham Sunderland. Jolly Roger was third. Swedish Blue got two great starts and showed impressive downwind speed to win the opening two encounters. Rob Goddard’s Rocketman nailed the pin end to win the start of Race 3, but the race was won by Jolly Roger.

The second day of racing (Saturday 02 November) was a non-starter as a 50-knot front blasted into the Solent. The race committee, led by PRO Paul Jackson, called off racing for the day at 08:00 allowing the Cowes Etchells Fleet the opportunity to watch the Rugby World Cup Final. The Royal Ocean Racing Club provided a Full English Breakfast for an eager crowd, the fayre was more enjoyable than the result, especially if you were English!

Three races were held in a variety of conditions on the final day (Sunday 03 November). Race 4 was a light airs affair with a northerly gradient at the start. Kim Ridge’s Colin was over eager at the pin end and having been called OCS restarted some way behind the fleet. However Colin, with Dog Palfrey on tactics, spotted a big lefty and recovered from their premature start to win Race 4. The penultimate race was held in building conditions with a big wind shift after the first lap. The race committee spotted the shift and changed the course axis to accommodate the 30 degree wind shift. As the breeze swung to the west, Jolly Roger came to the fore scoring their second bullet of the championship.

After a General Recall, Race 6 got away under the U-Flag. Three teams fell foul and were disqualified including Swedish Blue, effectively taking away any chance of victory in the championship. Jolly Roger showed impressive speed to take the gun and seal overall victory. Shaun Frohlich’s Exabyte 7 won a close battle for second just pipping Strait Dealer to the line.

The Prize Giving was held at the Cowes Yacht Haven with Rob Goddard as master of ceremonies and Julia Bailey awarding the prizes for the 2019 Etchells British Open and National Championship. The ceremony included the announcement of the winner for the five regatta series Champion of Champions, which was Tom Abrey and Bruno Van Dyke on Jolly Roger. The Etchells Ice Bucket regatta which was sailed on the 14th and 15th September was won by Jon Warwick’s Audrey and was also presented this weekend. The Trophy for this regatta was kindly donated to the class by Andrew Cooper. 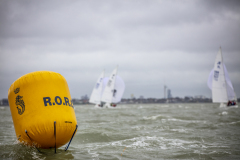 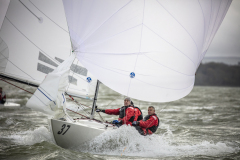 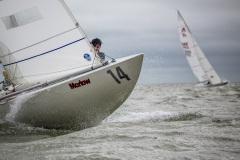 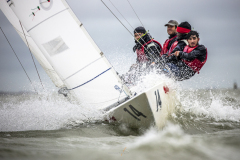 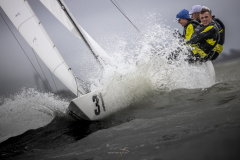 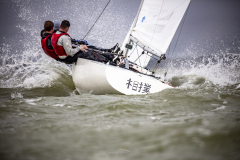 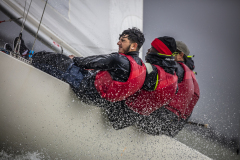 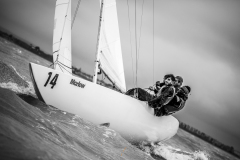 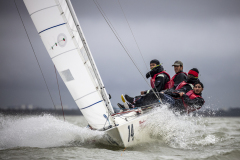 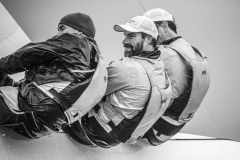 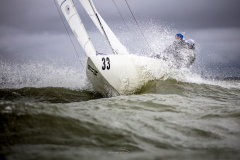 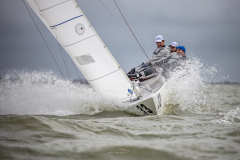 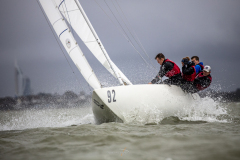 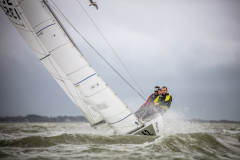 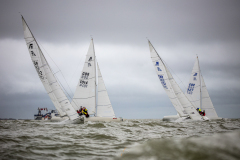 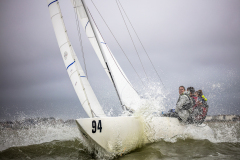 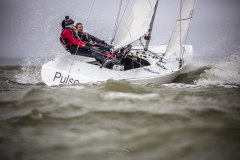 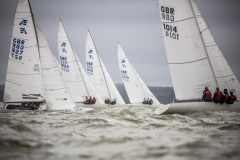 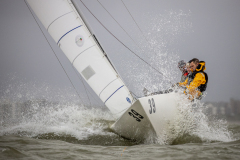 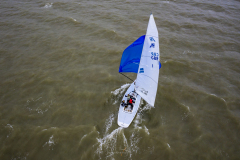 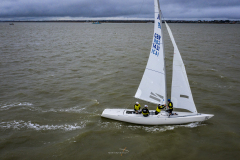